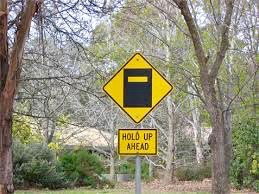 Like most people in Australia, Ned Kelly and the Kelly armour were names and images I was familiar with. But, again, in common with most of us, I could not have told anyone wanting to know something about him much more than that he was some sort of bushranger who wore armour, was captured after killing some policemen and was hanged. I remembered the Heath Ledger film, there were odd bits of news about him from time to time but really I knew very little. I thought he was probably hard done by. And that was it.

It occurred to me some time ago that I should probably know more – after all Ned Kelly is supposed to be the most talked about, written about, documented  discussed and lets not forget the most polarising figure in all Australian history. It seemed extraordinary to me that to some people he was an “unbeatified saint, the greatest hero who ever lived” (Ian Jones) or a murderous thug to be likened to the Hoddle Street Police killer and Martyn Bryant ( Derryn Hinch)
And when Peter Fitzsimons published his latest book last year, called “Ned Kelly: Australias most Notorious Legend” I read it and hoped he might bring some clarity to the scene : after all, before the book was published he promised that he would be  ‘weighing in on all of the myths, legends and controversies generated by this compelling and divisive Irish-Australian rebel.” In fact, Fitzsimons did nothing of the sort, and when interviewed during his subsequent book tours, backed right away from answering that most central question about Ned kelly – was he a good man or bad man – by quoting someone else who always said Ned Kelly was “somewhere between a Villainous hero or Heroic Villain.”
To my mind this was a cop-out ( no pun intended ) but I decided I would have to read as much as I could and find out for myself. And that is what I am still doing.
(Visited 177 times)
Comment (1)

One Reply to “Good Man or Bad Man?”