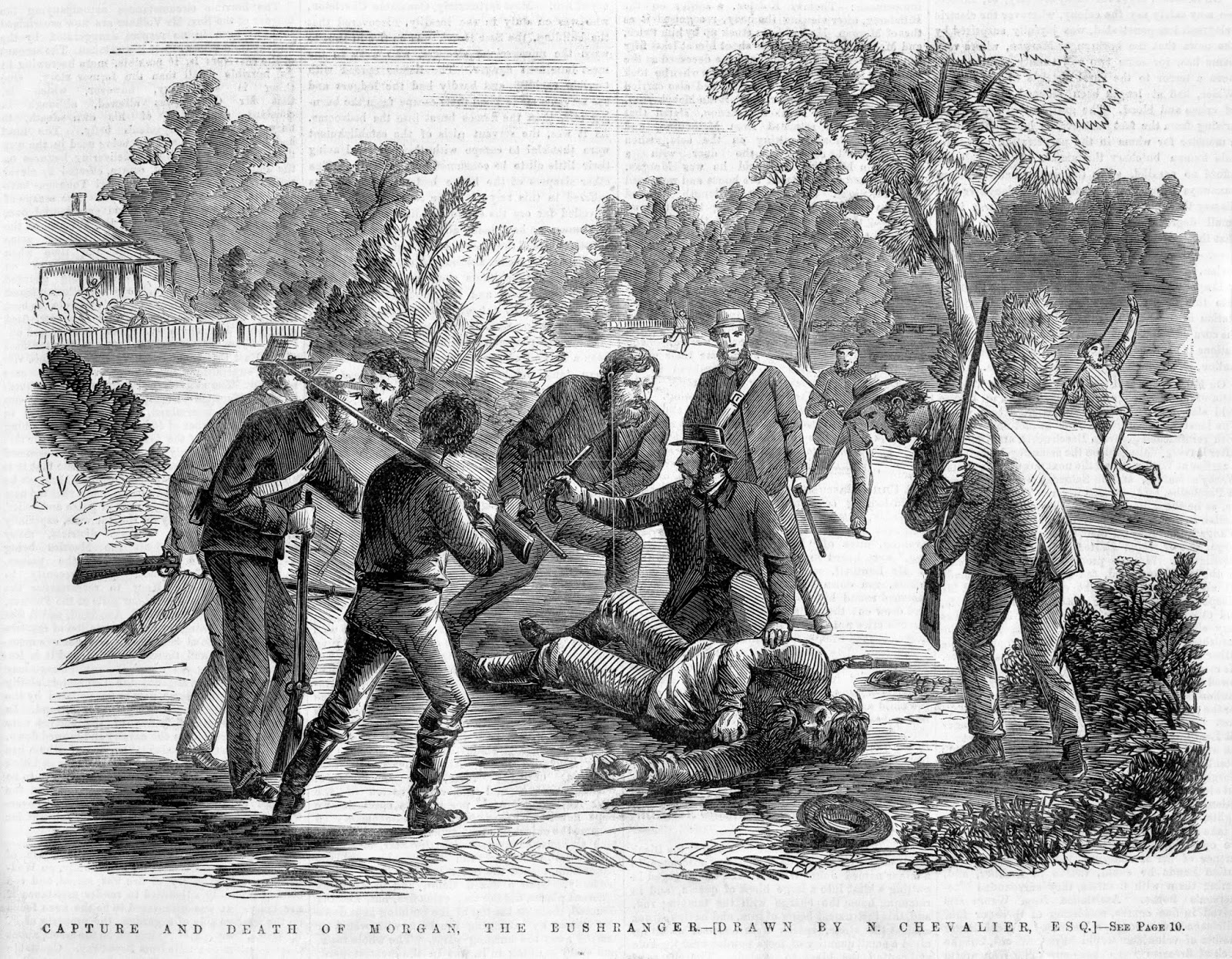 Keith McMenomy, is the author of “Ned Kelly: the Authentic Illustrated History” a large and fascinating book described on the pro-kelly website “Ironoutlaw “ as:
“…. solid gold. It presents the facts without taking sides and has one of the most comprehensive collections of illustrations of any Kelly book. Together with its exhaustive index, bibliography and footnotes, it is a must for any Kelly research”
I borrowed this book from a local library, and on the site of mine that was maliciously deleted by the bully who has the hate FB page I quoted from it to make a point about the influences on the developing mind of Ned Kelly. It is worth repeating and enlarging on this idea as a means to gaining an understanding of how Ned Kelly came to be the man he was.
“While the Kellys attended school at Avenel they were also absorbing other influences. Much has been said of the warped outlook pushed onto them by an ex-convict father and lawless maternal relatives but one influence often ignored was that of the general hero-worship for Bushrangers by the Australian working class during most o the 19th century. …Criminals were popular heroes of Bush Life in the Australian Colonies.
The exploits of these lawbreakers were largely viewed as admirable; Police were often considered to be the villains…..
They (the Bushrangers) usually robbed from the wealthy because it was more profitable, and they subsidized the poor who they relied on for shelter and survival.
With a show of gallantry, real or feigned they built up an aura of false romantic glamour around their hunted lives”
“Ned Kelly: the Authentic Illustrated History” P26
What is so interesting about this description of the popular views of people in the bush in the 19th century is that it is almost a blueprint for the Kelly Gang. Its easy to imagine a young boy from a poor and underprivileged background dreaming of one day becoming a hero like the feted Bushrangers, people with money, power and respect, things a young Ned Kelly could see his own extended family had almost none of, and whats more, to deal to the villainous Police, to get one back on the authorities who no doubt were blamed almost solely for the hardships in their lives.
Peter Fitzsimons also refers to the popularity and the esteem with which Bushrangers were regarded in the Bush, and mentions an article in the local newspaper, the Kilmore Free Press that “everyone is talking about “: the shooting of Ben Hall the bushranger. Hall was reputed to have committed more than 600 robberies without ever killing anyone, and was regarded as a popular hero for “bailing up the entire town of Canowindra, shepherding everyone into Robinsons Hotel and instructing them to eat and drink all they wished, at the gangs expense. “That party had gone on for three days”
Ian Jones says the Obituary in the Kilmore Press to “Brave Ben Hall” as he was known, was probably read by Ned Kelly. He would have read that
“..he has never been accused of being bloodthirsty , nor did he directly kill any of the victims he robbed. It is claimed by his relatives and those who knew him best that he was affectionate and generous. It is said that the miniature found upon his person by the police after his death is that of a favourite sister…”:
He may also have read or heard about the death of another Bush Ranger, Dan Morgan, a few months earlier.  Morgan was known as a sadistic and merciless thief and killer of two Policemen and once , to save his own skin  shot his then partner in crime. There was a 1000 pound reward on his head, so one can perhaps understand why Morgans remains were desecrated by jubilant Police after he was killed. However what the Police did was disgusting, and a further example of ill-discipline in the Ranks that further strengthened the hatred of police in the minds of the rural populace.
All this happened when Ned Kelly was 10 or 11. A few years later, another Bush Ranger, Harry Powell would be a very direct and powerful influence on Ned as he grew into adulthood but already, knowing what we know now about what subsequently happened we can clearly make out the origins of the “modus operandi” of the Kelly Gang. That these earlier events had impressed Ned Kelly and his gang at that young age is revealed by the reports that when holding up the town of Jerilderie 14 years later in 1879, they galloped up and down the main street shouting “ Hoorah for the good old times of Morgan and Ben Hall”
The gallant bushranger, holding up entire towns, carrying sentimental mementoes, feeding hostages with food and beer, providing assistance to a network of supporters , and frustrating the Police were all ideas that Ned Kelly took from the Bushrangers who went before – surprisingly little of what the Kelly Gang did was original, except for their two most brutal innovations – ambushing and killing police at Stringybark Creek, and trying to blow up and kill more Police on the Train at Glenrowan. These acts go way beyond anything the other Bushrangers attempted, and perhaps, realizing this after the Stringybark massacre, Ned attempted to justify his actions by the explanations contained in the Jerliderie letter. By then of course he also had a reward on his head, his hatred of Police and authority was an all consuming rage, and nothing was going to be allowed to get in his way.
(Visited 87 times)
Comment (1)

One Reply to “The Making of Ned Kelly”