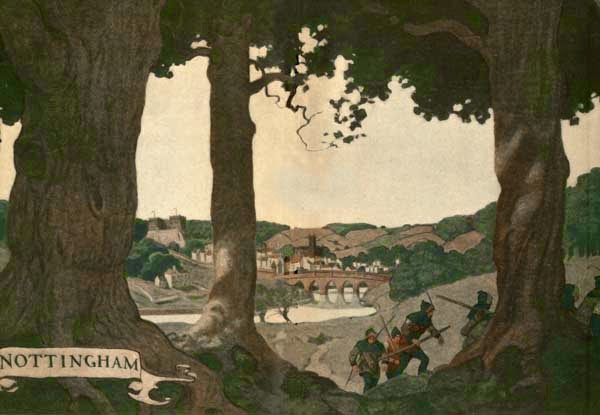 Ned Kelly is often referred to as “Australias Robin Hood”, a comparison that immediately adorns the image of Ned Kelly with visions of noble acts of bravery, robbing the rich to feed the poor, courageous opposition to evil and corrupt authority,  outlaws defending the defenseless with a cavalier and fun loving  band of merry men in the forest.
Perhaps if Australias origins were more continental, Ned Kelly might have been known as “Australia’s William Tell”, because as we all know William Tell was a courageous strong and skillful horseman and archer who defied a cruel and vindictive Swiss authority, protected his family by shooting the apple off his sons head and eventually killed the King and led a successful rebellion. He became a national Icon in Switzerland for generations, is praised and remembered in books, statues, songs and film, and was an inspiration for many who followed.
Whats interesting however, is that William Tell never existed.  And neither did Robin Hood.
What modern historians have shown is that these figures are not real people but legends and myths that evolved from various sources over generations and the further back you go in time the less colourful they become and the harder they are to trace to an actual person. If you do not believe me, do some proper research for yourself rather than just swallow the Kelly propagandist falsity that Ned Kelly was Australias Robin Hood – how can he be, when no such person existed? 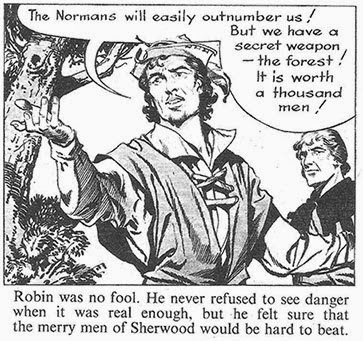 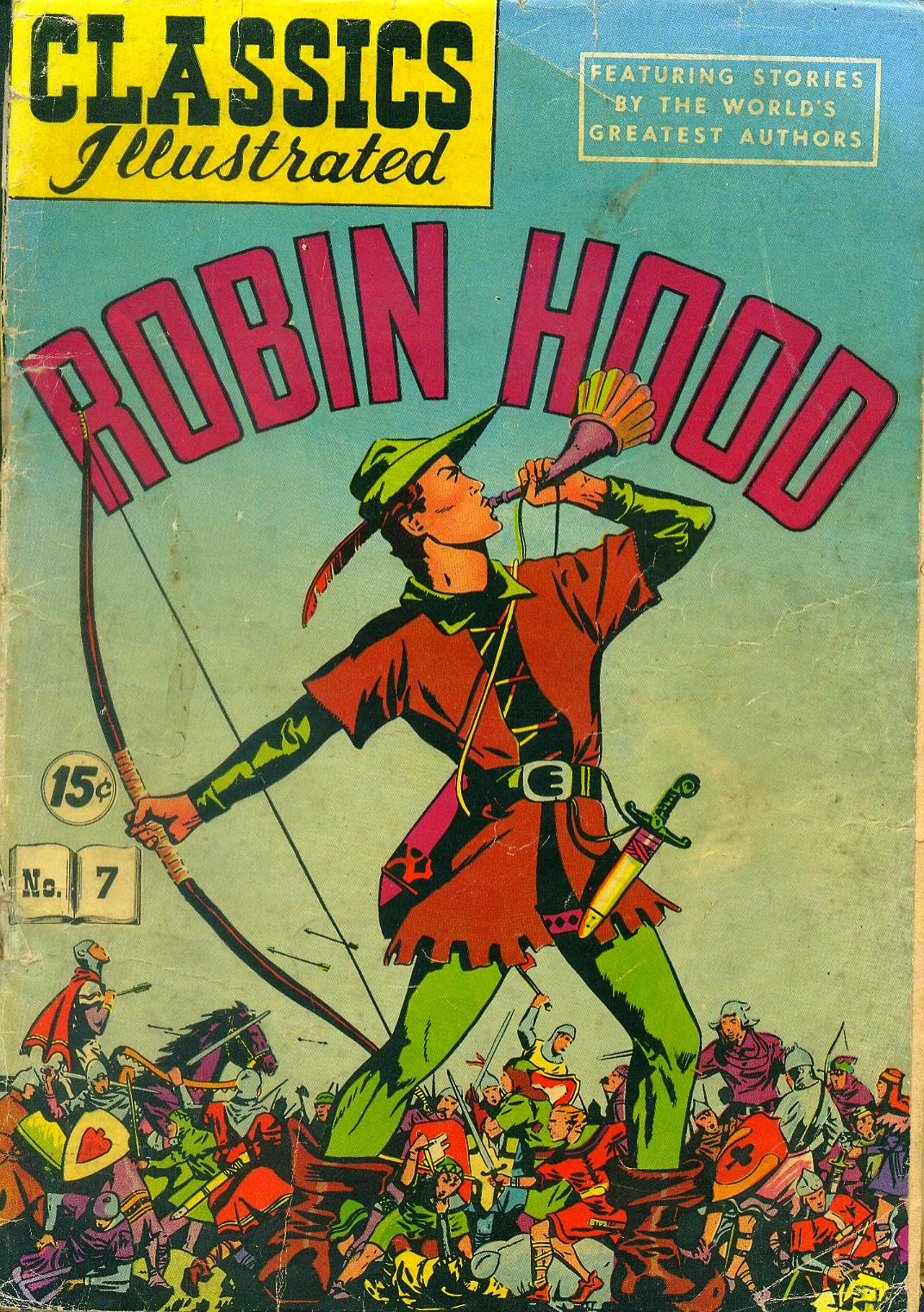 But of course, leaving peoples ignorance of history aside, what they might mean when they say Kelly was Australias Robin Hood is that he was like whatever it is that we understand Robin Hood to have been. Ian Jones is reported to have said that Ned Kelly was “perhaps the only real Robin Hood who has ever lived” a comment which shows that at least Ian Jones understood that “Robin Hood” never actually existed. I think most people reading that sentence fail to grasp the significance of his use of the word “real” and believe that Robin Hood was real and Ned Kelly was like him.
If indeed Ian Jones is correct in saying that Ned Kelly was “perhaps” the only “real” Robin Hood who ever lived, then these are massive shoes that Ned Kelly has filled, a real person judged to be the fulfillment of a legend of mythic proportions. Its grandiose and almost Biblical in its scope. Ian Jones can be heard saying on a Youtube video when being interviewed by Tony Robinson that after first reading about Ned Kelly as a boy he wondered if  Kelly was an “unbeatified saint, the greatest hero who ever lived”  It seems after a lifetime of study he hasn’t altered his view much from that position 70 years ago. But could it be true?
To answer this question we would need to define the essential elements of  “Robin Hood” the myth and then see how well the life of Ned Kelly the man, lived up to them. The trouble is, its almost impossible to find anywhere an agreed version of who and what Robin Hood represents. The essential elements are disputed at every turn, but at its most basic, the modern myth is about the leader of a band of outlaws who lived in Sherwood forest, supported King John but were enemies of the Local Sherriff of Nottingham, robbed from the rich and gave to the poor. We know nothing about his birth his parentage his education  his family or his early life, and nothing is certain about his later years and death, or which of several graves is really his, if any are.
In early versions of the myth Robin Hood is mostly regarded as having been a “yeoman” ( Definitions: neither a knight nor a peasant or ‘husbonde’ but something in between; A man holding and cultivating a small landed estate; a freeholder) in other words not a peasant, but in other later versions he is a Noble, an Earl and in yet others he IS a peasant. There are many versions of why he became an outlaw :  he killed someone who didn’t pay a debt, he was a poverty stricken felon who gathered together with other outcasts and lived in the forests outside the reach of the Law, and in later versions he was not really an outlaw but a national hero of epic proportions, who not only supports the poor by taking from the rich, but heroically defends the throne of England itself from unworthy claimants. 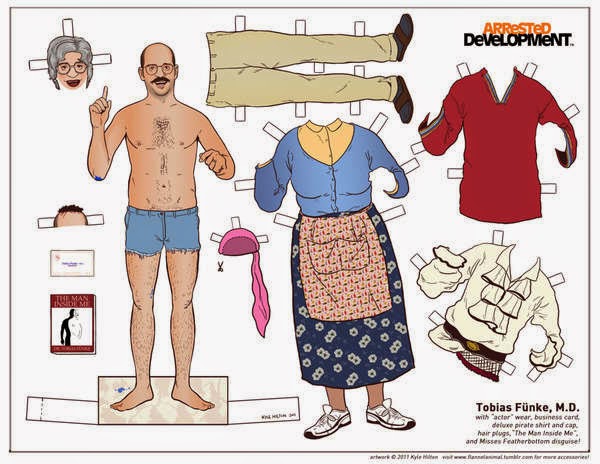 The reality is therefore that Robin Hood is like a Mix ‘n Match Cutout figure that you can recreate in almost any way you want. If you want to dress him in green and have a feather sticking out his cap, go ahead. You will be able to find somewhere among the legends a reason to do so. But if you look again you will find reasons not to. Same with having him in the Sherwood Forrest. Or marrying Maid Marian. Or robbing the rich and giving to the poor. Or being a common criminal. Or that he loaned money to a Knight to help pay a debt. Stole from Churches. That he was Welsh. That he lived in Warwickshire. That he lived in Leicestershire. His real name was Loxley. Or Wood. Or Hod. Or Godberd.

So how sensible is it to say Ned Kelly was Australias Robin Hood? Not only did he not exist as a real person, even the Legend of Robin Hood has no clear definition, but is a rather nebulous and forever evolving story that these days centers on the notion of a brave rebel who lives on the outskirts of society, fighting injustice and oppression with his band of companions. There is a strongly moral flavor to the Robin Hood legend, a sense that he and his followers adhered to strict ethical principles of fairness and honesty, and fought when necessary with gallant and chivalrous courage. Laws were only broken to right great wrongs and injustices. Cunning and trickery, mockery and derring-do were as much his weapons as the Bow and the sword. Murder and killing are the last resort, and rare.  But this is the modern version. 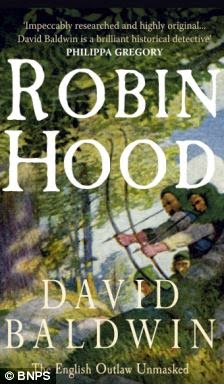 The “people” they are comparing are the made-up popular modern version of Ned Kelly, the Kelly propagandists airbrushed and photo shopped version , and  the made-up modern version of Robin Hood.
And again, yes, if you do that then I suppose you could say Ned Kelly is Australias Robin Hood. But so what? Two fake non-historical characters resemble each other? You may as well be saying Biggles is Englands Tintin – a completely meaningless comparison.

But if you are asking the question in the way most people think they are asking it, comparing the real Ned Kelly with the modern version of the Robin Hood story – believing it to be true – then absolutely not. If you look carefully at the sort of person Ned Kelly really was, and the way he behaved, and what he did with his life, the giant shoes of “Robin Hood” remain unfilled.

No, sadly perhaps for Australia, and for the blind Kelly fanatics, the actual Ned Kelly was most certainly not Australia’s Robin Hood.

(Visited 44 times)
No comments yet