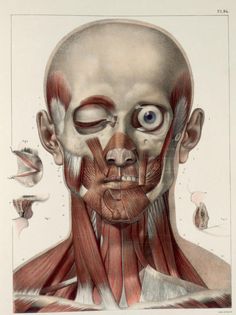 In the Jerilderie Letter Ned Kelly recalled his killing of Lonigan at Stringybark Creek as follows:
“When I called on them to throw up their hands McIntyre obeyed and Lonigan ran some six or seven yards to a battery of logs instead of dropping behind the one he was sitting on, he had just got to the logs and put his head up to take aim when I shot him that instant or he would have shot me”…………
“As soon as I shot Lonigan he jumped up and staggered some distance from the Logs with his hands raised he then fell he surrendered but too late”
The bullet that killed Lonigan had smashed its way into his brain through the right eye and bony eye socket. Such an injury would not permit a person to leap to his feet and stagger about with arms raised – unconsciousness would have been instant, and death within a few seconds. In other places, Lonigan is also reported to have uttered the words “Christ, Ive been shot”. So theres something not right with Neds recollection already!
Neds claim that Lonigan was aiming at him when Ned shot him, supposedly in self defence, is proven false by the angle at which the bullet entered the brain.  The post mortem examination showed that the bullet entered obliquely from in front and to the right of Lonigans head; if Lonigan had been aiming at Ned, then Lonigans head would have been pointing straight at Ned, and the bullet would have entered from directly in front but it didn’t – it entered from the side proving that Lonigan was looking elsewhere when Kelly shot him.

Dr Reynolds post mortem also revealed that Lonigan was not shot once but three or possibly four times.  In addition to the bullet that had smashed through his right eye and eye socket into the brain, another bullet had gone right through his upper left arm, another had entered his left thigh and travelled under the skin towards the inside of the thigh, and the fourth appeared to have grazed his right temple.

This ghastly but important forensic evidence makes a lie of Ned Kellys claims that Lonigan was taking aim at him,  and that he was shot just once: Lonigan was not even looking at Kelly, and he was shot four times.
As usual, Ned Kellys self serving account cannot be trusted.  So what did happen? I wrote about this last year, (Click here) but kelly sympathiser comments have given me a bit more to add to the debate.
Kelly sympathisers embarrassment at the discrepancy between the forensic evidence and Ned Kellys account has led them to devise some very creative attempts at reconciling the two. Some say that Ned used “Swan drops” or else a “quartered bullet”, so that four or more projectiles emerged from his gun with the one firing, and they simultaneously created the damage to the right side of his head, his left arm and left leg.  Some say that the bullet that went into Lonigans eye first of all went through his raised left arm. Unfortunately for the sympathsiers, swan drops or bullet quarters would have to defy the known laws of physics to simultaneously enter the right and left sides of  Lonigans body, and to reach his left leg when it was concealed behind a log.  I invite anyone who thinks the bullet went through the left arm before the right eye to try to get your left upper arm way across in front of your right eye, and at the same time imagine you are aiming at Ned Kelly with a gun in your right hand –  if you could you would be contorted into a ridiculous posture that immediately reveals the silliness of that suggestion. The suggestion is preposterous but Kelly sympathisers keep making it!
Others have said the wound in the left leg was self inflicted, that is to say, Lonigan would have to have been left handed, and in his haste to get his gun out he fired it into his own leg. So was he left handed or right handed? And why, if he fired a Police revolver into his thigh, was there not a gaping hole in his left thigh rather than a small wound with a bullet still lodged under the skin of the medial thigh? The damage from a Webley fired at point blank range into a thigh would make a huge mess! Another stupid theory postulated by sympathisers fails the slightest scrutiny!
“Anonymous” – which one I wonder? – claimed recently  that the additional wounds to Lonigans body were inflicted by “crossfire” when the Gang was chasing Kennedy through the bush. Is he serious? What are the odds that Kennedy, shooting back at the 4 gang members chasing him, missed them all every single time but managed to hit his dead mate lying on the ground not once but two or possibly three times? Some people will believe anything but the bloody obvious! Another preposterous thought bubble from the Kelly “intellectuals”.
Another “Anonymous”- or is it the same one ? –  wrote this: “Lonigan was shot in the eye/head area because that was the biggest target Ned saw of him as he was looking over the log he was behind and taking aim at Ned. There’s another fact you can scoff at and leave out, and of course you will as it supports Ned’s version of what happened.” Well actually its NOT a fact that a person only gets shot in the head when the body is not available as a target. For all we know Ned Kelly WAS aiming at the body but missed and struck him in the eye instead. Furthermore, as already described, Lonigan was NOT taking aim at Ned when he was shot – he was probably looking at the other gang members.  And how does “Anonymous” explain the left leg bullet wound? Was that sticking up above the log as well? More nonsense.
Bills suggestion that the additional bullets were fired into Lonigans dead body after Kennedy had been killed and after McIntyre had fled the scene is certainly possible. If true it’s a sickening act of disrespect that further undermines the Sympathiser claim about Kelly having respect for the dead Policemen, but it has the virtue, from the Sympathisers perspective of preserving the possibility that Ned killed Lonigan with a single shot. It is also consistent with McIntyres recollection of a single shot being fired to kill Lonigan, though I have previously discussed the possibility that an experience as traumatic as ambush by armed men and witness of the murder of comrades can easily result in unreliable memories. I think Lonigan received a non fatal shot, leapt up and cried “Christ Ive been shot” put his hands up to surrender but was shot again, and killed.
The truth is that we cant be sure of exactly what did happen when Lonigan was killed, but we can be certain that it didn’t happen in the way Ned Kelly claimed it did,  because the forensic evidence is incontrovertible, and it doesn’t fit with Neds  description. The absurd thought bubbles that sympathisers have generated to try to reconcile these differences all burst with the merest critical evaluation, and all we are left with is two facts : Ned Kelly killed Lonigan and he didn’t tell the truth about it.
(Visited 184 times)
Comments (42)

42 Replies to “A closer look at the Killing of Lonigan”