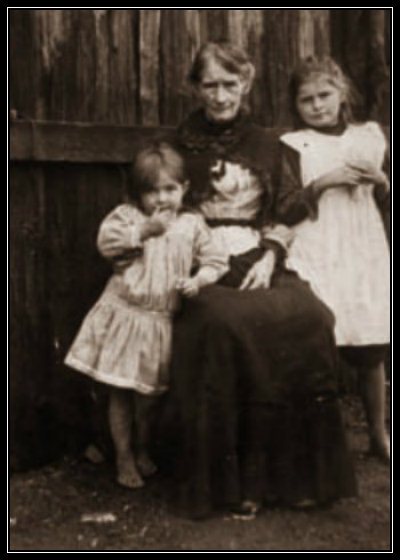 Ned Kelly, according to the Mythology, was devoted to his family and particularly his mother. He is reported to have said of his father “Red” Kelly that, “a finer man never put his feet in two shoes” – a commendably loyal, but wildly inaccurate sentiment from a son who lost his father to alcoholism at the age of 11. Ned was said to have then become the dominant male in the household, forced into assuming responsibilities beyond his years, a not too uncommon arrangement in families even today. But his mother seemed to have no trouble forming new relationships with adult males, such as the Englishman Bill Frost (when Ned was 13 or 14) and then with the mysterious American George King. So one wonders just how much truth there is in this image of Ned being a de facto head of the house. In any event, though modern sympathisers like to gush and sentimentalise Ned’s role in the household, there was nothing especially remarkable about it.
I was prompted to think a little more about Ned Kelly’s devotion to his mother and his family after my last post, wherein I quoted Nicolson’s famous line about endeavouring to convict “whenever they commit any paltry crime”.
Immediately before this statement, Nicolson describes visiting the Kelly household as:
“… an old wooden hut with a large bark roof. The dwelling was divided into five apartments by partitions of blanketing, rugs etc. There were no men in the house, only children and two girls of about 14 years of age said to be her daughters. They all appeared to be existing in poverty and squalor.”
Now this was in 1877, when Ned was 22 and at the end of several years in which he was supposed to have been going straight, working at a sawmill (among other places). But now he was engaged in what was evidently a very lucrative trade – his self-declared “wholesale and retail horse and cattle dealing”.
He had been part of the so called “Greta Mob”, who were known for their “flashness”, their fine horses, their larrikin behaviour and their trendy clothing. Indeed, Ned Kelly was always reported to be wearing tailor made boots and fine clothes. In A New View of Ned Kelly, Ian Jones wrote, “He dressed well – he was proud of his personal appearance”.
Contrast Ned Kelly’s glamorous well-dressed life in 1877 with that of his mother and sisters – he was living it up, not at home doing the much needed hard yards on his mother’s  selection. But rather travelling the countryside with mates, stealing horses and cattle and dressing (and no doubt eating and drinking) well, while his mother and sisters were living in squalor in an old hut on a selection that only Ellen was working on.
In fact, because insufficient work was being done to improve the selection, according to Dr. Doug Morrissey, Ellen Kelly came close to losing it that year, prompting Ned to finally do something by building a better place for her in the summer of 1877-78. But this act was not performed out of devotion to his mother, rather her desperation. Ian Jones wrote that in early 1878, after the house was built, “With Ned indulging his habit for gambling, he and Joe enjoyed a few footloose months of vagabonding – across the Riverina, up to the Murrumbidgee Valley and Wagga Wagga, where one of Joe’s uncles had settled, and then on to the Darling”.
With a mother and sisters living in poverty and squalor, this is hardly the behaviour of a devoted elder son. So whilst Ned Kelly may have claimed to be dedicated to his mother and family, as with many of his claims, his actions provide little evidence of these intentions. Actions speak much louder than words – another myth bites the dust!
(Visited 86 times)
Comments (10)

10 Replies to “Ned Kelly’s Devotion To His Mother: Another Myth”