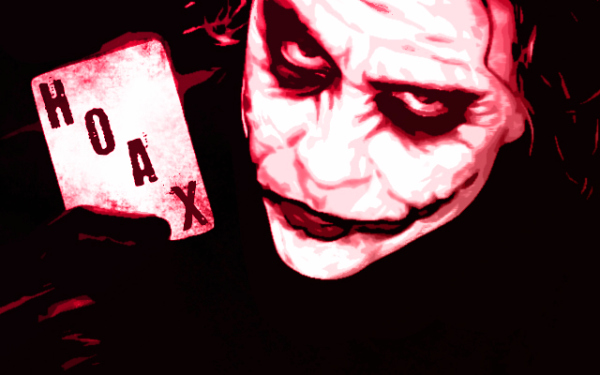 Watching and reviewing  ‘The Last Outlaw‘ TV miniseries from 1980 was an amazing eye-opener for me. I had often seen the glowing references to it in the Kelly Online world, and I recall reading somewhere that so desperate were Kelly sympathisers  to get their hands on it that they started a Petition to try to get Channel Seven to release it on DVD!  In any event, when I finally got round to viewing it myself I had reasonably high expectations for it.
Having now watched the entire thing, reflecting on it I realised there were three things that I learned that surprised me. Firstly I was surprised at how unbalanced it was. TLO presents a very heavily pro-Kelly story that relies on a highly selective use of the historical record.
Secondly, it was  more than surprise – in fact it was shock – to recognise the brazen way the producers camouflaged the bias in their production and created an impression it was neutral and objective. This was done by such tactics as claiming that “All …events …are drawn directly from fact” and elsewhere, in the publicity material by making a huge deal of the lengths undertaken to make the sets and props true to the time. Naturally on learning this one would assume they would also go to the same lengths to get the story lines and dialog as accurate and true as possible, but as we know, they didn’t.  There was also the fallacious “argument from authority”  wherein the deserved good reputation of Ian Jones as producer and moviemaker added weight and credibility to the veracity of this, his latest production. These tactics had the intended effect I am sure of encouraging viewers to believe the Miniseries was objectively factual and true to history as it happened. In that sense one would have to say the series proved to be an enormous success, and Ian Jones must have been tremendously satisfied to have got away with it so completely and for so long. But essentially what he did was pull the wool over our eyes! TLO gave a massive  Australia wide boost to the Kelly legend, and made the myth so real that the uninformed Australian public swallowed it hook, line and sinker. They had been well and truly conned.
The third revelation that resulted from watching TLO was to realise that modern Kelly sympathisers actually know very little of the facts about the Kelly story. What they are familiar with is the Mythology, the made up version of Ned Kellys life and times as shown in works like Australian Son and the hagiography of people like Kenneally, Clune and Molony. Consequently, because it accorded with their version of the story, they regarded TLO as accurate. “Iron Outlaw” described it as “the most accurate and lavishly presented telling of the Kelly story to date”– which says nothing for all the others. But if they really knew the facts, and properly understood the story,  Ian Jones wouldn’t have been able to pull the wool over everyones eyes and have them calling the Miniseries “accurate”, or heap praise on it or sign petitions for its release on DVD.  If they  knew and understood the story they  might do more than react to this Blog with personal abuse and instead try to defend it but they never do. Most of them  I think simply don’t know enough. Instead they cite my awful grammar and punctuation, or the occasional strident tone of the debate to excuse themselves and run away.  If they knew and understood the story, and hadn’t swallowed Jones fabrication hook line and sinker they might not rush off to “Like” a Facebook  Page containing a doomed, now abandoned campaign against ‘The Kelly Gang Unmasked’, a book which brilliantly and clinically exposes the untruths paraded as history in the Kelly myth. If they knew and understood the debate we wouldn’t have now been waiting 123 days for one of them to explain why Neds account of the murder of Lonigan is believable.
To see what I mean about having the wool pulled over their eyes read the thread named ‘The Last Outlaw’ on the Ned Kelly Forum. You will find almost no actual discussion about content; they accept it as given.  Instead the very limited discussion is mostly about actors and actresses, but with only 11 comments in total there’s really nothing worth reading there: just uncritical agreement about it being “accurate” and no critique. They’re just not up to it.


The popular press is not much better. This is what was said about  The Last Outlaw in The Australian Woman’s Weekly in October 1980, 35 years ago,  just before it went to air:
“Those people who claim that Ned Kelly was nothing more than a roughneck, thief and murderer are going to have a rough time trying to successfully argue their case in the months to come.
The Last Outlaw, the Seven Networks eight hour miniseries about the Kellys is going to convince the vast majority of Australians that there’s a lot of substance to the legend of Ned Kelly as Australia’s bushranger hero.
Ian Jones and Bronwyn Binns who wrote and produced the handsome finely detailed drama, present a persuasive case for a Kelly as a decent hardworking lad who was persecuted goaded and irrevocably driven beyond the Law by an unfairly hostile Police force backed by a repressive establishment”

He let slip that he only actually watched two hours of the series, something he would no doubt have been heavily criticised for by Kelly Sympathisers if his Review had been unfavourable  but as it wasnt, his inadequate assessment was let through. What a disgrace!

Unfortunately to this day the standard of reporting on most Kelly related topics is not much better, Peter Fitzsimons massive regurgitation of the story in his 2013 book being a case in point. He also had the wool pulled over his eyes and he openly admitted that he avoided ‘The Kelly Gang Unmasked’ because – surprise surprise – Ian Jones didn’t like it! I reckon a decent Journalist with an enquiring mind instead of a desire just to add to his CV would have found Jones’ dislike a red flag to something interesting but Fitzsimons was more interested in sucking up. Its really quite remarkable the degree to which Ian Jones has managed to dominate the Kelly scene for the last 40 years, and make his narrative the dominant one, and I am sure the success of TLO had a lot to do with it.

So, I suppose its no wonder some Australians still believe the legend of Ned Kelly was an historical reality. I wonder what would have happened to the Kelly Legend if that lazy excuse for a  journalist had bothered to watch ALL of TLO in 1980 and watch it critically, and ask the searching questions of Jones about why he omitted all the unpalatable stuff, played up the sentimental and inserted stuff for which there is not the least evidence? Perhaps if he had, Ned Kellys place in the Public mind might be more in keeping with his actual status as a criminal. But the journalist didnt  bother with the hard stuff – if he had maybe today we wouldn’t have the ugly spectacle of a Police killer, bank robber and thief being promoted  as some sort of icon. The Woman’s Weekly writer at least might be let off as an ignorant Journalist, but what of the  self proclaimed experts, the Kelly Buffs who fell for it as well, and even now don’t seem to have noticed the deep problems with TLO?  Whats their excuse? About the best they could do I think would be to plead ignorance.
(Visited 35 times)
Comments (15)

15 Replies to “The Fabrication of Kelly History”