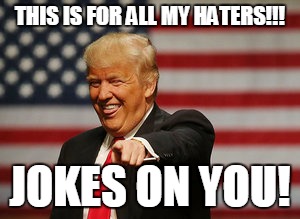 This is part of the reply I made in response:

I am quite certain if I posted ‘unpalatable truths’ there if I wasn’t just ignored I would receive a mostly hostile reception, I would have to defend myself against negative and sarcastic commentary and  (there would be) no actual constructive debate. I appreciate your willingness to at least allow such debates to be started but I have no confidence that they would achieve anything other than make me an even more reviled person in the Kelly world, and annoy people who don’t really want to hear anything but saccharine about Ned Kelly.

Since then I have posted brief comments on NKC about my Blog Posts so that people who are interested  can go there to read and participate.  But not wanting to be accused of somehow abusing NKC I didnt make it easy to find the Blog by providing a link – I left it for people to search and find it themselves. However even these minimalist Posts routinely provoked outraged reactions from Kelly thought Police who want to wipe me off the face of the Planet. I was accused of trying to Hijack the Page!

Last week, to advise NKC readers of my latest Blog topic I posted this to NKC :

‘The title of the latest post on my Blog is “Bill is right about Stringy Bark Creek” but Ive also called it ‘The idiots Guide to SBC’ . Bills clever work in identifying the Two Huts site should be acknowledged and listed by Heritage Victoria as the true site of the Police Murders in the Wombat Ranges.’

NKC decided to elevate this brief notice of mine from its near invisible place on the sidebar to a main posting at the top of the Page, and they posted this heading :


What followed was exactly what I had predicted would happen in May if such an ‘unpalatable truth’  became a topic for discussion on NKC : “a mostly hostile reception, I would have to defend myself against negative and sarcastic commentary and  (there would be) no actual constructive debate….( I would become) an even more reviled person in the Kelly world, and annoy people who don’t really want to hear anything but saccharine about Ned Kelly.”

Not one person attempted to discuss the ‘theory’ of the location of the murder site; (saying “its wrong” is not a discussion! ) Instead I was relentlessly vilified and attacked, three different people called me  a liar, the old phurphy of my identity was dragged out by several people, I was called a divisive troll, a racist, biased, ridiculous, a bully, I was  accused of belittling people, and of abuse, I was said to ‘know nothing’. “Is there anyone Dee hasn’t insulted, abused, belittled or told lies about?” wrote the notorious ignorant bully who has repeatedly and proudly claimed to be the person who sabotaged my earlier sites and who, when he realised he couldnt work it out failed to supply his promised Part Two about Lonigans murder.

Quite a few people announced they never read my Blog and then supplied their opinion of it and me – all negative.

Yet, despite all this abusive provocation, I think the most controversial response I made was this :
“Isn’t it time Kelly enthusiasts stopped ruining their credibility with unsupportable claims and became a whole lot more rigorous when it comes to making claims about the historical truths of the Kelly story?”

It was an absolute debacle of a ‘debate’ that the NKC administrator tried to control by initially deleting a few threads of abuse and hysterical attacks directed at me and issuing a stern warning. However the abuse continued and later when he deleted someones vile accusations against me while guessing I must be a Cop, that person spat the dummy and threatened to take his bat and ball and go home and never return. At that point the NKC administrator deleted the entire thread, which of course delighted the Kelly fanatics because once again they had succeeded in censoring discussion on something they don’t want people to think about.

As soon as the thread was deleted, there was a flood of “Likes” as the line-up of usual suspects ticked off their approval at the successful sabotage of a valid topic and the bullying of the administrator. I commended him for at least trying.

The irony of course is that they may think they won a battle, but they are losing the war. What they do in behaving in this way is play perfectly into my ongoing tactic aimed at exposure of kelly fanatics as mostly ignorant bullies and thugs. Here was a perfect opportunity for them to answer the claims Bill makes about the Two Huts site, to put up their reasoned case, their evidence and their justification for saying he is wrong but instead they went for my throat. In the same way, on this Blog any of them who wants to can present their case for the site they prefer, and say why it makes more sense than Bills but nobody does. But no, instead of trying to advance their cause or defend their beliefs they stay away and excuse themselves with stupid hypocritical statements about not wanting to have anything to do with someone who is anonymous. The fact that the NKC admin is anonymous has never worried them : its MY identity they’re obsessed with, and is why later, on a different thread one of them made a darkly threatening comment about a few people wanting to have ‘an up close chat’ with me : the implication of that disgraceful threat was clear, and I believe it : there are people who given a chance would assault me for daring to challenge their kelly mythology. That wasn’t the first time such threats have been made.

The other irony is that they think that I write this Blog for them to read, that I am trying to change their minds and convert them to kelly scepticism, and that when they boast to each other that they don’t read my Blog I am disappointed – not at all! Ive learned long ago they are not interested in historical truth about Kelly history, or in rational discussion about it, or in a fair debate about the controversies, as this weeks Dee hate-fest on NKC has shown once again. I write this Blog for the two hundred or so visitors who check it every day from all over Australia in their pursuit of knowledge about the Kelly story. I write this Blog to inform the curious about Kelly mythology and about historical truths and, as I say at the top of the Blog, to expose the vicious campaign waged by modern kelly fanatics against anyone who dares to oppose them. Visitors will read and I am certain be persuaded of the truth about the Two Huts site, and of the way Lonigan died, and of the numerous other lies and myths that are spun about Ned Kelly and debunked at The Death of the Legend Blog, and they will go away better informed. They will also go away with an appreciation, and I would expect an abhorrence of the character and tactics of Kelly fanatics, which have once again been put on magnificent display on NKC. They don’t seem to realise what a huge favour NKC did them when the whole thread was removed!

They seem to have forgotten the advice given them by one of their own earlier in the year :“Your intentions as a contributor or shall we say going in to bat for Ned will be in vain. Continue to do so will prove more disastrous than what we are currently experiencing.”