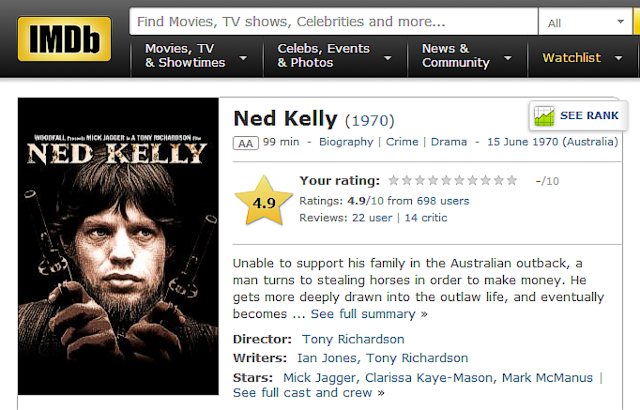 But to understand how these baseless myths have been fostered and promoted into the supposed truths of the Kelly story read what JJ Kenneally wrote in 1929 :

“Irish patriotism was such an unforgivable crime in the eyes of the British Government officials in the Colony of Victoria that even the serving of a savage sentence would not wipe out the campaign of anti-Irish hatred so well organised in the Colonies. John Kelly was continually hounded by the Police who without the authority of a search warrant frequently searched his home without success. The heads of the Police department were very disappointed. The search continued until at last they found a cask with meat in it. John Kelly was arrested and charged with having meat in his possession for which the Police said he had not given them  a satisfactory account….

It is evident that the bench at Kilmore regarded  the charge against John Kelly as a ‘trumped up affair’ ; he was sentenced to only six months…

Although the sentence was only for six months it proved to be a Death Sentence. Such was the treatment to which John Kelly was subjected in the Kilmore jail that notwithstanding his good health and perfect physique when sentenced, he died shortly after his release”

The  numerous errors and misrepresentations of fact in that passage are so obvious I don’t even have to point them out. And they continue right throughout the entire book, which was still being reprinted 40 years after it was first published. Clearly it has had a huge impact on the public understanding of the Kelly story, and on writers who came after Kenneally, but the story it told, believed by many today to be true even now, was actually a fabrication, a fairy story.

Max Brown continued the innocent persecuted victim theme this way, describing the stolen calf as ‘bread for his children‘ for greater emotive effect and aligning Red with the genuinely innocent: “The sentence meant the collapse of hope for Red, in gaol for stealing bread for his children – that crime for which so many thousands of his countrymen had been transported”

The myth is continued by John Moloney who gets some of the facts wrong whilst developing the false  ‘persecution’ theme as well, saying this: “It was Reds first appearance before a Court since he was granted his freedom, and although the money to pay the fine was somehow raised thus obviating the necessity of a return to prison, the old lag charge was revived and the ex convict was again ranked in the criminal class”
The truth is this : there was no ill treatment or persecution; it didn’t happen. In fact there is plenty of evidence that  supports the opposite view: the Police dropped more serious charges, and Red received what even Ian Jones described as a ‘generous’, remission of a third of his sentence.
That’s not to say of course that the Kellys were not aware of the Police or had nothing at all to do with them: unfortunately for Red, Ellens brothers were constantly before the Law, but nobody seems to dispute the genuine criminality that these men were engaged in, or have ever suggested that Police interest in them wasn’t justified.  Speaking of Ellens brother Jimmy, Ian Jones wrote “ …young Jimmy had begun a long career of crime, most of it generated by a volcanic temper that led him into a succession of brawls and sometimes murderous assaults, punctuated by a few stock thefts. Cause and effect can be debated but he emerged as a dangerous unpredictable rat bag of a man, rarely out of trouble.”
What has to be agreed on, because that is what all the evidence shows, is that at least while Red Kelly was alive, his family were not the victims of Police persecution, or being exasperated to madness by ill treatment. In my next post I will examine what happened between the Police and the Kellys after Red was gone. Maybe there we will find the proof of what Ned claimed..

And does anyone think theres a different myth that is greater?
(Visited 42 times)
Comments (27)