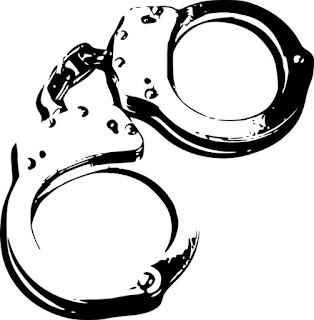 Its recently been alleged on  various Facebook pages, in support of the Kellys and the Lloyds and the Quinns, that many of the charges police laid against them in the lead up to and after the Kelly outbreak were ‘trumped-up’. “Trumped-up”, according to the dictionary means “deliberately based on false information so that someone will be accused of doing something wrong and punished”.
This is what Bob wrote on the “True Story” Facebook page
“If you check the court appearances listed in Kelvyns Definitive record pages 1093 to 1096 it lists about 82 appearances of the Kellys, Lloyds and Quinns…….In nearly 50% of the court decisions the defendants were either found not guilty or dismissed. This is why I believe in a lot of cases but not all, many were trumped-up charges and were charged on reputation and false evidence produced by the police”.
Actually, by my count there were 78 charges listed in the “Definitive Record”, 31 of them were dismissed and another 6 resulted in a finding of ‘not guilty’. Bob seems to be basing his belief that charges were trumped up on the fact that almost half of the charges laid were dismissed, but a statistic about how many charges were dismissed proves nothing. Look at the record of notorious gangster and Mafia boss Al Capone – he was only ever gaoled once, and that was for Tax offences but does anyone seriously believe that all the other charges laid against him and that failed to result in a conviction were all “trumped up”? Or that he was being picked on and persecuted by the police?
Instead of doing what Kelly sympathisers have been doing for ever – making nasty accusations and then never backing them up with evidence – what Bob should have done was to actually look at all those cases and see if his theory is right, by pointing out the facts relating to the charges that were based on ‘false evidence produced by the police’. Then there wouldn’t be any need for guesswork. Isn’t that what someone who was genuinely interested in finding out the truth of the matter would do? Or would you rather just throw mud and hope some of it sticks?
But Bob I am not afraid to look at the record and see what it shows, and I will start right here with Ned Kelly’s list of 13 charges, 5 of which were dismissed. Let’s look at all of them and see how many of those charges were based on ‘false evidence produced by the police’.
The first charge followed a complaint not by police but by Ah Fook in 1869 that Ned Kelly had assaulted and robbed him.  Given that the evidence wasn’t provided by the police but by Ah Fook, this charge was not ‘trumped up’ by police. It was dismissed.
The next charges related to Neds time as Harry Powers apprentice. They were certainly made by police but I don’t think even Kelly sympathisers think that the story of Ned being Powers accomplice was ‘false evidence produced by the police’. Those charges were also dismissed. Nothing trumped up there.
The next charge resulted in a conviction for assault, and for sending an indecent letter. The complaint wasn’t made by Police but by Jeremiah McCormick. So again, no ‘false evidence produced by the police’ – nothing trumped up here either.
The next charge against Ned  Kelly resulted in him doing time for ‘feloniously receiving’ . This charge was laid by police, but unless Kelly sympathisers want to deny that he was riding a horse that DIDN’T belong to him, they can only agree that it had to be perfectly legitimate for him to be arrested and charged. Again, no ‘false evidence produced by the police’ so still  nothing trumped up.
In 1876,  Lydeker charged Ned and his cousin Tom with stealing a horse and foal. When it got to court some months later, Lydeker withdrew the charges. This case didn’t involve the Police producing any evidence, let alone ‘false evidence’ so again, no trumped up charges.
In 1877 Ned was arrested for being drunk and disorderly. He claimed the police spiked his drink, and if it were true would perhaps make this event the only possible example of police setting him up for a conviction. But Ned Kelly wasn’t the first or the last person to use that excuse, and he has a reputation for being a notorious liar, so who knows?. However, given the fine for being drunk and disorderly was only 1/-, one would have to wonder why the police would bother with such a trivial misdemeanour. Ned himself made the whole episode sixty  times worse by refusing to be handcuffed when he was being taken to Court the next morning and engaging the police in a huge brawl that he boasted about at length in the Jerilderie letter. The charges that followed for assaulting police and resisting arrest were therefore not ‘false evidence produced by the police’ so yet again, the charges were not ‘trumped up’. His own over-reaction meant instead of a 1/- fine he was fined more than 60/-.
Finally we come to the last warrant that was issued against Ned Kelly before the Fitzpatrick affair exploded into the Kelly Outbreak and the police murders. This was for horse stealing in relation to what is known as the Whitty larceny. The police charges weren’t based on ‘false evidence’ and  Kelly later freely admitted in the Jerilderie letter that he had indeed stolen them:  “Farrell the policeman stole a horse from George King and had him in Whitty and Farrells paddocks until he left the force. All this was the cause of me and my stepfather George King taking their horses”
So Bob and every other Kelly sympathiser who believes Ned Kelly was the victim of ‘trumped up’ charges by the Police – close scrutiny of every single one of them does NOT provide a single shred of evidence that what you believe is anything but a fantasy.
(Visited 21 times)
Comment (1)

One Reply to “Were the Charges against the Kellys “trumped up”?”