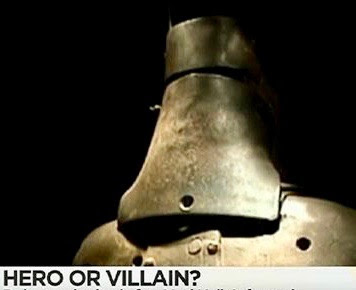 The Royal Commission into the Kelly Outbreak found that the conduct of the Chief Commissioner of Police, Captain Standish ‘was not characterised by good judgement’ and ‘that many of the charges made by Captain Standish in his evidence’ …  ‘were disproved by the evidence of other witnesses’. It also found that the four constables ‘who formed the party on the night of Aaron Sherrit’s murder ….  were guilty of disobedience of orders and gross cowardice’ and the Commissioners recommended they be dismissed from the service ( one had already resigned by this time)  A detective was censured and had his grade reduced, several police of senior rank were recommended for immediate retirement, a teacher who gave evidence before the commission was sacked from the education department, and Sargent Steele was ‘reduced to the ranks’ for not pursuing a lead that the commission believed would have resulted in the Gang being arrested  at an early date if he ‘had gone immediately in pursuit’
These facts absolutely delight the Kelly sympathisers and they love to point them out. Sometimes they think they can win an argument just by saying “So what about the Royal Commission?”
They think that bad judgment, disobedience, cowardice, laziness and even incompetence, and all the other nasty things that the Commission discovered, proves their point about Ned Kelly, that the Cops were the baddies and he was the Hero.
But, as usual they’ve got it all wrong.
The absolutely crucial element of Ned Kellys complaint about Police, the thing that he and all his followers over and over again said was at the heart of the Outbreak and his need to rebel, to stand up for his family,  to go on a rampage of theft and killing, to go to Glenrowan for the Last Heroic Stand  – the central truth against which he was rebelling was that the police were corrupt, that he and his family were the victims of police persecution and harassment and enough was enough. That claim is the vital core element of the Kelly claim. Without Police corruption and persecution there is no justification, other than pure criminality, for his outrageous behaviour.
So what else did the Commission find :
“ It may also be mentioned that the charge of persecution of the family by the members of the police force has been frequently urged in extenuation of the crimes of the outlaws; but, after careful examination, your Commissioners have arrived at the conclusion that the police, in their dealings with the Kellys and their relations, were simply desirous of discharging their duty conscientiously; and that no evidence has been adduced to support the allegation that either the outlaws or their friends were subjected to persecution or unnecessary annoyance at the hands of the police.”
I wonder if the significance of this finding for the Kelly myth has ever been properly understood by anyone? The reality of Ned Kellys behaviour, which everyone agrees included theft, hostage taking, and murder, is that if it could ever be justified and the perpetrator regarded as a hero, the only possible way for that to happen would be if it was in some way a reaction to an outrage of equal monstrosity, the persecution and corruption Kelly alleged was directed at him and his family.
But, if you believe the Commission, there wasn’t any corruption and persecution. Which means Kellys complaint was just the same tired and boring complaint of crooks everywhere, that the Cops were to blame.
Nobody goes around  killing police because they’re lazy, or cowards or disobedient. Unless they’re a psycho of course…..
(Visited 36 times)
Comments (2)