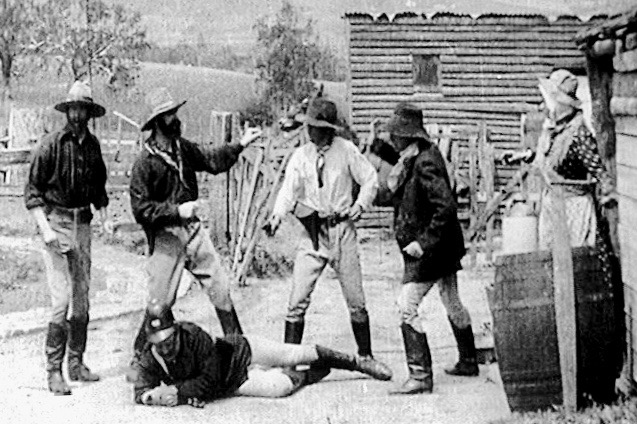 A Still from the 1906 Kelly Movie: Constable Fitzpatrick is shot in the wrist