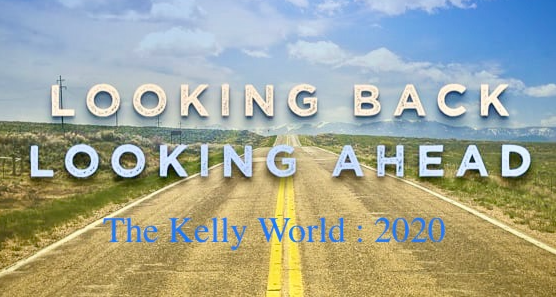 At the beginning of the year there were two main topics under discussion : the first was a mainstream and social media campaign to promote a claim to have discovered the exact spot where Ned Kelly murdered Sgt Kennedy, and the exact spot where the police search party had made their campsite at Stringybark Creek. These claims were based on questionable interpretations of what could be seen in photographs taken in 1878, claims which contradicted the written records of the day and they crumbled under close scrutiny. Read my analysis HERE
The second item of interest early in the year was the release of the movie adaptation of Peter Careys award winning novel ‘True Story of the Kelly Gang’. The movie announced at the very beginning that nothing in it was true but still, most Kelly fans objected loudly to it. The funny thing is much of what Kelly fans believe is not true – they believe myths and fantasies and refuse to look at the facts – so what they’re really objecting to is that the movie didn’t tell the story their way. My review of the movie is HERE. I really enjoyed it – I think because it expressed much of the passion and the intensity of the outbreak, the feelings rather than the precise narrative.
Another movie that didn’t tell the story their way was the limited release short film ‘Stringybark‘ a hard hitting and accurate portrayal of the Kelly gang police murders. I went to see it in Melbourne but havent written a review as yet.
Bill Denhelds metal detecting at SBC in February found nothing to support the claim that Kennedy had been shot in front of the tree named by the Kennedy Tree group, but it aroused intensely vitriolic indignation and hyperbolic claims about vandalism and destruction of sacred sites by the Kelly mob whose complaints to Heritage Victoria about it were dismissed. Read about this HERE.

Also in February a symposium in Greta entitled ‘Ned and the Law’ was completed just before the COVID 19 lockdowns put an end to almost everything. By all accounts this was a respectable and balanced series of talks that avoided Kelly mythology and idolatry. Transcripts of the talks are available HERE . My favourite is the one about Sir Redmond Barry by Alice Richardson. Theres a highly enjoyable audio recording of her talk at the site linked above.

Two Kelly books were released in 2020-  the first was a novel, ‘Glenrowan’ . This was a milestone in one important way : it was written by a Kelly supporter but did not mention a Republic of North East Victoria. This signifies the broadening rejection in the Kelly supporter community of Ian Jones once dominant theory that at Glenrowan in 1880 Kelly planned to establish some sort of Republic in the north east.  It will take some time for the Kelly community to fully accept that Stuart Dawsons meticulous research debunked the entire concept in 2018, but this notable absence from ‘Glenrowan’ is a big step forward in terms of correcting the historical record. I reviewed this novel HERE.

The second Kelly  book to come out this year was the third and final volume in Doug Morrissey’s  ‘Ned Kelly’ trilogy, this last one concentrating on Stringybark Creek. It only became available in the last month and I have read it but my review will probably be the first post of the New Year. Something to look forward to!

On the Social Media front, Members Only Facebook pages continue to do God Only Knows What, Jack Peterson continues to recycle the unhistorical mythology of Kelly and keep the unthinking Kelly mob happy, and a  page that posts almost nothing but puerile abuse and attacks on me continues with its four participants as it has done for several years.  The only thing that changed in Social Media this year was the arrival of two new Facebook Pages. One, called ‘Ned Kelly : False Icon‘ publicises the historical documents that debunk the Kelly myths and the other is Mark Perrys “Ned Kelly – the Best bloody Man” which is mostly displays of Kelly memorabilia and the occasional brief discussion of something thats caught Marks eye. I was temporarily a Member, but as usual my presence attracted hostility and abuse from a few trolls, so I left – and the Trolls haven’t been seen or heard from since – proving my point that all these pathetic creeps are interested in is silencing anyone who disagrees with them, and me in particular!

Kelly fans were shocked when it was announced late in the year that the popular Ned Kelly Vault in Beechworth which had been closed because of the Pandemic was never going to re-open. Items on display were sent back to their owners or to the Burke Museum, meaning that it will be very difficult to reopen in new premises, should they ever be found. The Vaults focus on Ian Jones now debunked republic theory meant that it was due a complete overhaul but I have no idea why the Burke Museum turned its back on Matt Shore the curator ;  there will be some political skullduggery at the heart of it I am sure.

Looking ahead, there are two projects underway that have given Kelly supporters a little hope, in the face of several years of defeats losses and retreat, the first being the restoration of the house Red Kelly built at Beveridge. A million dollars was allocated a couple of years ago and its finally being spent.

The other project which is much further away is the Ned Kelly Alive Project for Glenrowan. The local Council has added half a million dollars of ratepayer funds to the $3.5 million contributed by Government to this project and awarded a contract to an architectural firm to design it.

One or two Kelly cranks have directed sneers my way, thinking this tourist project for Glenrowan proves the Kelly myths are all as alive and robust as they’ve ever been, and that I am wasting my time advocating for truth and accuracy in the telling of Kelly history. I think that what these cranks will discover in three or four years when this thing is complete, if that does actually ever happen, is that the story being told will be far far different from the fantasies and unhistorical lies they’re clinging to about the mass murderer Ned Kelly. Hopefully the designers and writers of this attraction will familiarise themselves with modern Kelly scholarship and tell the true story, the story about how the Kelly Gang planned an event at Glenrowan that would have been a criminal monstrosity, not the now debunked and crumbling Kelly myths about a Republic.

But to be clear, I am in favour of tourism, and of local history being promoted to encourage it. What I am not in favour of is lies being promoted as history, and I will do what I can to discourage that from happening. The thing is, the True Story of the Kelly Outbreak and of Ned Kelly is much more interesting than the fake one – and maybe when the Ned Kelly Alive project is unveiled it wont be the sanitised fake news of old on display but the newly rediscovered and  exciting  true story of one of Australias most notorious criminal dynasties. Tourists will flock to learn about it in greater numbers than ever, because people are drawn to learn about evil maniacs, thieves hostage takers liars and killers much more powerfully than they are to insipid mummy boys and wannabe politicians.