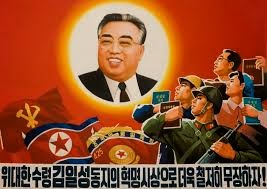 The following is a promo, or “Blurb” for an i-book publication about Ned Kelly.  I don’t have an i-pad so I haven’t read it. The author is a person who maintains an enormous Kelly website called Ironoutlaw, and its been around for nearly 15 years., so you would think he must know something about Ned Kelly by now. He is also an expert writer, and has published on a blog of his a guide to writing a “Blurb”, describing how the aim of a Blurb is to use a technique that will result in the reader deciding “I must buy this immediately” Hard sell in other words; Propaganda even – and this blurb of his is a classic example of his skill in action:
Ned Kelly : A Pictorial History
By Bradley Webb
Description
Washed deep with the convict stain Ned Kelly’s destiny was cast in a defiant mold, the story of his short life was one that saw Ned, his brother Dan and their two mates Joe Byrne and Steve Hart, take on corrupt Police greedy land Barons and an ill-informed government in a crusade to change their world for the better. Wrongly accused they survived a deadly shoot out with Police in 1878 that saw the Gang outlawed with the largest reward ever offered in the British Empire- dead or Alive.
Over the next 18 months the Kelly Gang held up two country towns and robbed their banks – without firing a single shot; wrote numerous essays explaining their actions and became folk heroes to a generation. Their grand plan to derail a special Police Train, seize the hostages and declare a Republic of North East Victoria came to a fiery end at Glenrowan where they donned their famous but cumbersome armour against an overwhelming Police Force.
This outline of the Ned Kelly story is quite typical of the way in which it is often portrayed, and though colourful and appealing, it is childs play to show that it is highly misleading. This outline, and the detail of the story that is filled in around this sort of skeleton represents an extreme and highly sanitized and airbrushed view of Ned Kelly which I will show in the next few posts, is very far from an accurate portrayal of the truth about him.
The big question is really about the motivation of people who know so much about Ned Kelly yet persuade themselves that such a distortion of reality is the truth about him. One possible explanation is provided by Mr Webb himself.:
When other kids were watching Mickey Mouse, I was reading Blinky Bill. My GI Joe was dressed in Kelly armour that I’d made out of toilet rolls, sewn together with black cotton and coloured in with gray texta.
Ian Jones also fell in love with the Kelly Hero as a very young boy, and that love never left him either. Maybe, after giving up our beliefs in so many fond hopes as children , if we discover one hero who might actually be real, we cling to it, hoping against hope and refusing to look at the possibility that this hero too should go the way of the  Tooth Fairy, The Easter Bunny, and  Santa.
(Visited 26 times)
No comments yet