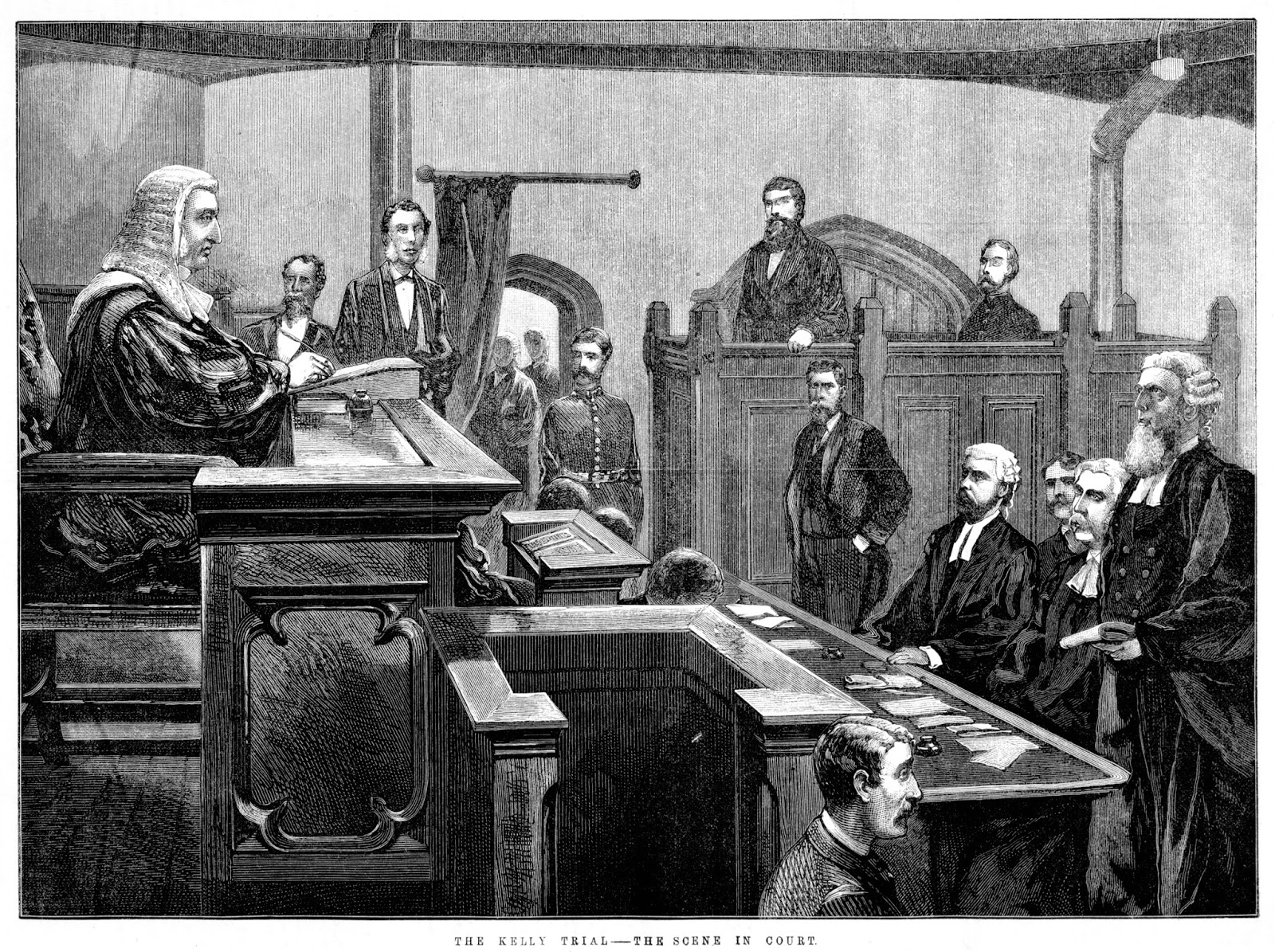 Another piece of Kelly mythology that needs to be put to bed is the idea that the trial Judges death not very many days after he had sentenced Ned Kelly to death, was the result of some sort of curse or a kind of Prophesy made by Ned Kelly.
In fact, there is a little uncertainty about exactly what Ned Kelly is supposed to have said in response to Barry finishing his sentencing of Kelly with the words “And may God have mercy on your soul”
It was either
“Yes, I will MEET you there” (The Age, Oct 30th1880) or,
“ I will go a little further than that, and say I will SEE you there where I go” (The Argus)
Either way, there is nothing in those phrases that sounds like a curse or a prophesy to me, but rather I believe Ned was making the point that wherever he ended up after death, that’s where the Judge was going to end up as well. Ned was quite disrespectfully – some might say bravely – or perhaps arrogantly – telling the Judge “Youre no better than me” an idea which I am sure sympathisers both then and now would have agreed with.
It is of course an unfortunate irony of history that a criminal stock thief, bank robber and murder, a psychopath with a charismatic way is remembered and feted as some sort of hero – thankfully by a diminishing , and now insignificant number, whereas one of the genuine leading lights and pioneering founders of Melbourne and of Victoria is almost forgotten.
One of these days I might write a more complete Post about Sir Redmond Barry, but if you go HERE you can watch this interesting little Video clip commenting on the relationship between Ned Kelly and Sir Redmond Barry. At the very end it says something I hadn’t known, and which reveals something quite wonderful about the Judge: when he died, there was almost nothing in his estate – he had given it away to the Poor. Kelly, by contrast, who trumpeted his concern for the poor, did nothing for the poor unless there was something in it for himself, protection, sympathy, food and shelter. Kellys concern for the poor was a pretence, but Barry was the real deal.
(Visited 28 times)
Comment (1)

One Reply to “Ned Kelly was not a Prophet”