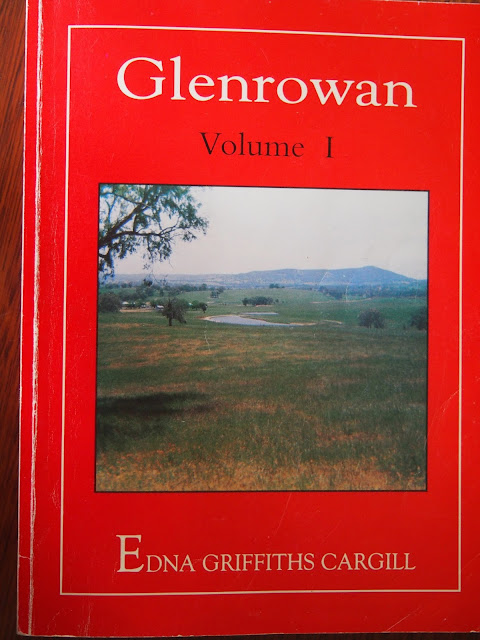 Here is another thought provoking contribution by Blog supporter Peter Newman. I urge others of you to follow Peters lead and make use of this opportunity to share your thoughts and ideas about the Kelly story. You cant do this anywhere else in the Kelly World.

“Joanne Griffiths, Ned’s great-grand-niece, recently launched a campaign to establish the Ned Kelly Centre, a warts-and-all museum dedicated to telling the story of Ned Kelly and his many misdeeds…”

It is interesting to hear about this proposal and I suppose the “warts and all” presentation she is dedicated to telling must be the stories told in the book ‘Glenrowan’ by her relative Edna Griffiths.  This is a book I have been trying to read for some time, but it’s not an easy read because of the way it rambles and goes off at tangents.  But it is worth persevering because Edna’s stories are just incredible.  I imagine many would choose to disbelieve some of these stories, but the interesting thing is that she lived next door to Jim Kelly when she was young and her book is basically her recollection of stories she was told by the “old people” of the district including her own family and of course Jim Kelly.

We need to be careful about dismissing oral history like this.  Maybe it’s not all true, but a fair bit of it probably is.  It is interesting that at the start of her book Edna says the story she tells is different to that told by those purporting to be historians on the matter.  And as we all know, historians often get it wrong as has been so glaringly the case with Ned Kelly.  That is only now becoming clear with the new information coming out on this website and in the books by the likes of Morrissey and MacFarlane.  The reality is that Edna is about as close to the source as you can get, and hopefully the proposed museum will help to get this information out there.

What I find interesting is that, whilst Ned Kelly is an important part of Edna’s story (particularly the story about his killing of a local enforcer named Borrin), her book ‘Glenrowan’ is not all about Ned.  As Edna tells it, the Kellys and many other families in the district were part of a crime syndicate she refers to as the Conglomerate (and sometimes as the Empire), which was apparently controlled by James Quinn who was based at Glenmore in the King Valley.  Many of these families were comprised of “Lost Children” (i.e. illegitimate children who were fostered out and didn’t know their true parents).

Of interest as far as the Kelly family is concerned is Edna’s claim that Ellen Kelly was known locally as Minnie-Ella and that only Kate and Dan were her children.  Edna says Jim Kelly, Grace Kelly and Maggie Kelly were all “arranged” into the family.  I’m not entirely sure if Edna is suggesting that Ned was also arranged into the family.  Certainly he had some kind of an overseer role according to Edna.  As Edna tells it however, Ned in some way upset the conglomerate’s plans, with the battle he fought at Glenrowan being as much against the conglomerate as it was against the authorities.  According to Edna, the conglomerate retaliated by conducting a 20 year “war” against Maggie and her family in which people were killed and wounded trying to defend her.  Interesting!

If Edna’s stories are true, then the Greta district was rife with crime (prostitution, cattle and horse rustling, you name it) and the Kelly family and a number of others were in the thick of it.  Quinn was the godfather it seems, and Ellen Kelly (Minnie-Ella) some kind of a brothel madam.  Edna expresses surprise that this is something that is not well known, and points out that there was no other way for women on these small lots to have made a living.

I don’t know quite what to think about all this, except that it would be great if Joanne Griffith could get her museum up and running so that she could tell us more about her very interesting family history as documented by Edna and so we could get an understanding of the Kelly Outbreak from their viewpoint.

Have any others readers of this website read Edna Griffiths’ books.  She has published about 7 volumes and I have only got through the first.  The information above is only a fraction of the interesting material covered by that first volume.  I’d be interested to know what others think of this.
(Visited 35 times)
Comments (19)

19 Replies to “The Ned Kelly Center and the Griffith Connection : Part I”