I ended the last Post with these words “What has to be accepted, because that is what all the evidence shows, is that at least while Red Kelly was alive, his family were not the victims of Police persecution, or being “exasperated to madness by ill treatment.” I then wrote that in this post I would examine what happened between the Police and the Kellys after Red was gone: “Maybe there we will find the proof of what Ned claimed…So in this Post I am going to continue to examine what we actually know about the interactions between the Kellys and the Police, and see what evidence exists for Ned Kellys claim that it was ill treatment by Police that drove him to do what he did. 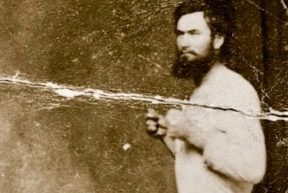