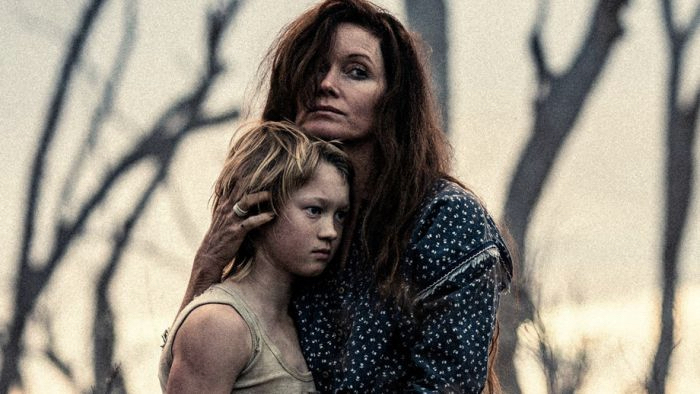 One good thing that Justin Kurzel’s crazy fantasy movie about the Kelly Gang might have done is make people ask what the genuinely true story really is. And it’s a good question because there are so many versions of the story out there, all claiming to be definitive, so anyone could be forgiven for being confused. But we are now getting much closer than ever before to the genuinely true story, thanks to the availability on line of so much of the documentation from the time, at the Public Records Office of Victoria. This has enabled fact checking like never before., and as a result, especially  in the last ten years, the Kelly story has been transformed.

What follows is a brief account of the true story as we now understand it to be in the 21st Century. I would like to hear from people where I’ve got it wrong and from people who think I’ve missed important things out.

So to start with, an update on Ned Kellys father, John ‘Red’ Kelly, which is where the entire saga begins. The old story was one that painted the Kelly story as dominated by injustice and oppression right from the start : it says  that Red Kelly was transported merely for stealing a couple of pigs but it’s much more complicated than that.  For a start he didnt steal them off a well-to-do Landlord or landowner but from a poor farmer, one of his own people – a bad look! But much more disruptive of the old story, the one that hid all the important detail – is the disturbing revelation that Red had also acted as an informer in a police sting that went wrong – one of the people he betrayed ended up dead. We don’t know if he was paid for being an informer, but its possible his transportation in 1842 saved his life, because if it became public knowledge in his home district that he was a police informer he may well have been murdered.

Even in Victoria it was a shameful incident, to have conspired with police against people of his own class, so that he kept the truth secret from everyone, and perhaps tried to dull the memory with drink. He was mostly a well-behaved convict, was released in 1848 and married Ellen Quinn in 1850. He tried hard to make a go of life, and made a very promising start by buying a block of land at Beveridge, and the Kellys became known as poor but respectable people. Ned Kelly was by all accounts a good kid and his school reports were positive. This was the time when Ned saved Richard Shelton from drowning in the Hughes Creek at Avenel, and was rewarded with a green and gold sash. The old and now discarded view was that Reds eventual downfall was a result of police harassment and persecution. In fact, sadly, he was brought down not by the police but by drink which sabotaged all his efforts to make a decent living as a farmer, and finally killed him.  There’s not one shred of evidence to support the old story that he and his family were harassed and persecuted by police,

However because of Reds deteriorating health the Kellys slipped deeper and deeper into   poverty, and towards the end of his life, in desperation he butchered a neighbours’ calf. The neighbour complained, Red was caught, convicted of a lesser offence, spent a few months in gaol and was released early for good behaviour. A few months later he was charged with being drunk and disorderly and fined, but those were the only two interactions that Red Kelly had with police  from the time he gained his freedom in 1848 until his untimely death in 1866, at a mere 46 years of age.

During those years when Red Kelly was alive and staying out of trouble, the same could not be said of his in-laws, the Quinns and the Lloyds, or of his own brother Jim. Long before the Outbreak and right through it these people were in and out of courts and prison on a frequent basis for various crimes, most involving stock theft and also for serious violence and drunkenness, but there were also sexual assaults, animal cruelty and arson. The old story is that all these charges were trumped up by corrupt police persecuting the Kelly clan, and this unjustified  harassment and provocation was what Ned Kelly reacted to when he took up arms against the police a decade or more later. In fact, the records now available show quite clearly that  what drew the attention of the police to the clan was not a desire to persecute Irish catholics or former convicts or selectors but serious law-breaking and criminality. It  had nothing to do with persecution or harassment. It didn’t happen.The evidence is that acquittals and discharges were not signs of charges being faked but of the laws of evidence and a fair trial being applied correctly, often with the Kelly clan accused receiving the benefit of considerable doubt. It seems clear that Red Kelly deliberately kept his distance from the clan, protecting himself  and his family from police attention, and staying within the law.

However that all changed when Red Kelly died. His poverty-stricken widow, Ellen Kelly (nee Quinn) took herself and Ned and all his siblings right into the midst of this clan of recalcitrant law-breakers in the north east, and moved into an old pub with her two sisters and their children. Her sisters husbands were both in gaol for stock theft, and not long afterwards, following rejection of his drunken sexual  advances on Ellen, her   brother-in-law Jim Kelly burned the whole place down. Luckily no-one was killed but her poverty was now absolute because she lost everything, thanks not to police or squatters but to a continuation of the drunken violence and immorality the clan was becoming known for. Under new law, Jims death sentence was automatically commuted to a long gaol sentence.

The old story was that the Kellys were typical of poor selectors in the region, enmeshed in the local community of selectors who were more or less united in an agrarian struggle with harsh conditions and the rich landowners and the police. In fact, the new story, as Doug Morrissey’s exhaustive research has shown, is that the Kelly family were not in the least typical selectors of the north east.  The majority of selectors in the north-east were law abiding and God fearing church-goers who supported the rule of law and disapproved of the criminal associations, the drinking , the immorality and the ‘shanty’ lifestyle of the Kelly clan. The Kellys found themselves on the fringes of society though Mrs Kelly, soon enough had her own selection. For a long time almost no attempt was made to farm it, and under the conditions of the lease she ought to have forfeited it, but the authorities treated her leniently.  She had lovers and remarried, had more children, was taken to court and took others to court, and she became known as a ‘notorious woman’ because her home became a place where at the very least, illegal alcohol could be bought, and where a known prostitute once stayed. There’s no evidence, only rumour that she herself provided sexual favours as depicted in True Story of the Kelly Gang.

In the midst of all this chaos, criminality  and  desperate poverty on the fringes of society, Ned Kelly entered adolescence without the guidance of his father, and very much under the influence instead of his mother and her unruly family.

At this point, many ask “What chance did Ned have?”

Thats what we will look at next time when we examine Ned Kellys decline from a good kid into a violent criminal, and his own claim that it was all the fault of the police.

22 Replies to “The Actual True Story of Ned Kelly : Part one”