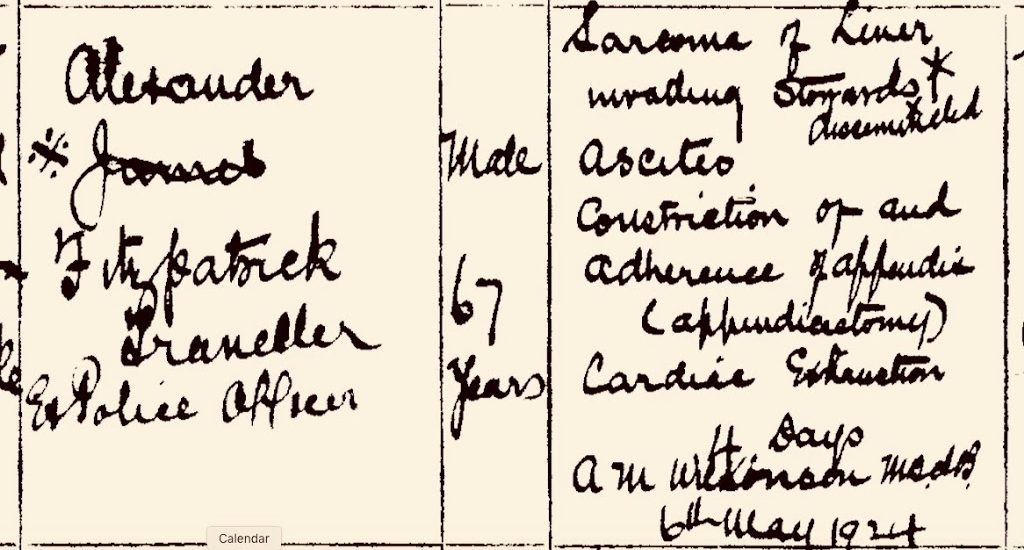 Early in 1877 Superintendent Nicolson visited Ellen Kelly and her children in their shack on 11 Mile Creek, near Greta. This was the year that Ned Kelly claimed he was living the indulgent life of a ‘rambling gambler’ but Nicholson reported that his mother and siblings ‘appeared to be living in poverty and squalor’. It was also apparent to Nicolson that none of her sons was helping her to make the required improvements to the selection – when Mrs Kelly was asked where they were she told him they were out working but wouldn’t say where. However, towards the end of the year Kelly and Joe Byrne and a couple of other family friends built a new cottage for Mrs Kelly, a replacement for the shack that she and her children had moved into when she took up her selection. Building his mother a new cottage is the only recorded tangible support Ned Kelly ever gave his mother – certainly he didn’t help her with rent payments as she often fell behind and was at risk of losing the selection on several occasions

In the Jerilderie letter, Ned Kelly boasted that not only had he become a full-time stock thief in 1877, but also that he was never convicted of horse stealing. To Kelly and his supporters, committing crimes and getting away with it was obviously something to be proud of. As I recounted in Part 3, the only crimes he was convicted of that year were drunkenness, resisting arrest and assaulting police, but even that was a source of pride to the young thug, who later described in gleeful detail how violently he resisted arrest: “with one well directed blow I sent him (Fitzpatrick) sprawling against the wall, and the staggering blow I then gave him partly accounts to me for his subsequent conduct towards my family and myself”. The punishment was a fine that he probably had no difficulty paying, given the success of the stock thieving syndicate he ran using the alias Mr J Thompson.

As might be expected, given what Ned Kelly admitted he was doing that year, the police received a dramatic increase in reports of cattle and horses being stolen in 1877. In the course of their investigations into the disappearance of eleven horses, in November undercover policemen were offered two horses that had been reported missing by James Whitty, from Moyhu. The vendor, William Baumgarten lived on a property near the Murray, and said he had bought them from a Mr J Thompson. Following leads, police learned that Baumgartens cheque for £18.00 was cashed at a Bank in Benalla, they came to believe that Mr Thompson was an alias used by Ned Kelly, and as a result, on March 15th 1878 a warrant was sworn at Chiltern for Ned Kellys arrest for horse stealing. Another similar warrant was issued for Dan Kelly on April 5th, setting the scene for what has become the most intensely debated controversy in the entire Kelly story, the ‘Fitzpatrick affair’, so named because Constable Alexander Fitzpatrick was the policeman who went to the Kelly home at 11 Mile creek near Greta, to arrest Dan on April 15th.

In brief, according to Constable Fitzpatrick, when he arrived at the Kelly cottage, Dan Kelly agreed to go back to the station with him, and Fitzpatrick in turn agreed to wait in the house while Dan finished his meal. However, a brief but violent argument erupted when Mrs Kelly insisted – wrongly – that as Fitzpatrick couldn’t show the warrant, Dan didn’t need to go. Fitzpatrick was assaulted by Mrs Kelly with a shovel and shot at by Ned Kelly, but then, after removing the revolver bullet that had lodged under the skin of his left wrist, fearing for his life he agreed not to mention what had happened and fled the scene. By the time police visited the Kelly house the following evening, both Ned and Dan Kelly had disappeared.

The reason this event has become such a divisive and hotly contested part of the Kelly story is that the Kellys completely reject every detail of Fitzpatrick’s version of events, and they claim everything that followed, the entire Kelly “outbreak” –  the imprisonment of Mrs Kelly, the police murders at Stringybark Creek, the formation and then destruction of the Kelly gang, the bank robberies and the loss of innocent life at Glenrowan – all of this was caused not by Ned Kelly but by Fitzpatrick. The Kelly narrative around Fitzpatrick is that before he came to their house he was known to be an inferior and corrupt policeman and a womaniser, and when he arrived that evening he was drunk. They deny Fitzpatrick was shot by Ned Kelly, and many months later claimed that the reason Mrs Kelly attacked him was because he sexually molested her daughter, Ned Kellys 14-year-old sister Kate. Some say he attempted, others say he actually did rape Kate. The Kelly narrative is that Fitzpatrick’s subsequent dismissal from the police force proves their case.

The problem with the Kelly narrative is that it’s a story that the Kellys themselves constantly changed, and as their story grew and evolved over time, assertions made early in the piece were contradicted by claims they made later on, and details were added later that were never asserted at the beginning. The day after the incident Mrs Kelly denied to police that Fitzpatrick had even visited her house. Ned Kelly initially denied he had shot Fitzpatrick – on one occasion saying he was 40 miles away on another up to 400 miles away at the time – but when wounded and fearing he was dying after capture at Glenrowan he admitted he was there that night and that he did shoot Fitzpatrick. The claims of sexual molestation and rape which could have formed part of a defence to keep Mrs Kelly out of prison were never mentioned at her trial and were unheard of until the following year, but later, Ned said it hadn’t happened. The claim that Fitzpatrick was a drunk, was known as an inferior policeman, that he was a womaniser, that he disobeyed orders going to the Kelly house, that he needed to show the warrant before he could arrest Dan Kelly – these and many other assertions about Fitzpatrick simply don’t withstand careful scrutiny of the records of the time. In fact, many can be positively disproven by reference to police service records, news reports and public records. A particularly obvious example of a false claim that is repeated to support the idea that Fitzpatrick was a drunk, is the entry in the Ned Kelly Encyclopaedia  and repeated in print as recently as 2018 in ‘Black Snake the real story of Ned Kelly’ by Leo Kennedy that  says Fitzpatrick was suffering from cirrhosis of the liver when he died. In fact, his death certificate makes no mention of cirrhosis of the liver, but records that he died from sarcoma of the liver, an entirely different disease, and one that has no association with alcoholism.

What is left is Fitzpatrick’s unwavering testimony, backed up by his police record of service and things like the wound in his wrist, the smashed helmet and a police jumper with a bullet hole in it. There is also the surprising fact that a Kelly sympathiser who went to jail for his part in the attack on Fitzpatrick later retracted his support for the Kellys version of events and endorsed Fitzpatrick’s account as true. Against all that is the changeable contradictory and unreliable narrative provided by the Kellys and their supporters, many of whom lied, many of whom spread rumour we know to be untrue, and many of whom had every reason to want to conceal the truth about what happened that night. There’s also the fact that the day after it happened, even though they were supposed to be innocent, Ned and Dan Kelly fled into the countryside, their mother lied about their whereabouts and for the rest of their short lives they were wanted men.

The ‘Fitzpatrick incident’ is one of the sentinel events in the Kelly story, an event around which, beginning the very next day after it happened, an almost impenetrable web of confusing conflicting and distracting narratives have been woven. Ned Kellys narrative was always that he was a victim of police persecution, a complaint criminals have been making since time immemorial, and the aim of the Kellys lying and dissembling about the Fitzpatrick incident was to continue that narrative, and to deflect responsibility for the outbreak from the criminal behaviour of Ned Kelly and his associates onto the police.

However, Ned Kelly was undeniably a self-confessed and unashamed stock thief, the head of a criminal syndicate that operated on two sides of the border. It was almost inevitable that sooner or later police would take an interest in him, and if it wasn’t Fitzpatrick then some other policeman would have eventually come to make an arrest. And when the inevitable finally did happen it wasn’t persecution, it wasn’t harassment, it wasn’t about a trivial breach of the law or something technical or trumped up, but an entirely justified and appropriate response to a serious crime :  the theft of eleven horses belonging to three different people.

Certainly, the Kelly Outbreak followed soon after Fitzpatrick’s visit, but he wasn’t the cause of it – the true cause of the Outbreak was the impulsive and immature decision Ned Kelly boasted about in the Jerilderie Letter:

“I heard again I was blamed for stealing a mob of calves from Whitty and Farrell which I knew nothing about. I began to think they wanted me to give them something to talk about. Therefore, I started wholesale and retail horse and cattle dealing”

(The definitive account of the Fitzpatrick Affair is the exhaustively referenced and detailed examination of it by  Dr Stewart Dawson :  “Redeeming  Fitzpatrick” , a brilliant must read for any person wanting to know the truth about the Kelly Story : Linked Here)

50 Replies to “The Actual True Story of Ned Kelly Part IV : 1877 and the Fitzpatrick Incident”