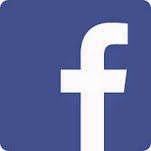 There is a Facebook Page devoted to “unmasking” Ian MacFarlanes book. Its run by a fellow who for a long time attacked the book on various forums on the internet before he had even read it. No reasonable person would regard such a position as anything less than absurd – to attack a book you hadn’t even read, but reasonableness is not a word found in this persons vocabulary . Recently though he has given up on his silly vow to never read it and now claims to be reading it with a view to demolishing it. However so far he hasn’t  actually  demonstrated a single place at which Ian MacFarlanes book is wrong, and in fact for many weeks now he has not continued with this campaign so perhaps he has given up.
Here are some examples of his work : they demonstrate the shoddy nature of what passes for “scholarship” or “research” by a prominent member of the Ned Kelly Forum : he claimed that Ian MacFarlane was wrong to describe the people held at Gunpoint in the Glenrowan inn as “Hostages” When it was pointed out that Ian Jones and various other Kelly writers often referred to them as hostages, he removed the posts making that claim and refused to acknowledge that people held at gunpoint are exactly what Ian MacFarlane called them : Hostages. In another place he objected to Ian MacFarlane mentioning the gang killing horses, removing their brands and setting fire to them, saying there was nothing to support such a claim. When it was pointed out to him that indeed there was such evidence, in the form of a newspaper report from the time he complained that as the newspaper wasn’t digitised, he couldn’t check it. Then, when it was pointed out to him by someone else that indeed the newspaper WAS digitised, he retreated to a claim that the report didn’t refer to the horses having had their throats cut – so presumably he must now believe that the gang cut the brands out and set them on fire while they were still alive!In another place he was challenged to provide the page number for a claim he made about something he said was in the book about a gun, but then he couldn’t provide it. More recently he claimed that an anonymous abusive post to a forum was by me because, he claimed I had posted to the same forum 41 seconds before – trouble was the gap was not 41 seconds but 9600 seconds – 2 hours and forty minutes! Lately he has devoted his “Unmasking” site to attacking me and the Forum I moderated that was subsequently removed following his objections. He refers to me as “feral” and “Evil Personified”!!

Intriguingly he thinks I am in some way connected to the book, to its author or the family of the author:
As for Dee having no connection to that book I find hard to believe. One of her cohorts has already been identified. Can you explain to me why someone would be so passionate to the point of mounting a hate campaign, vilifying, defaming and threatening people who speak out about the book? It is inconceivable that an ordinary, well adjusted person would be so overwhelmed by a book that they would mount such a crusade to protect and promote it.
I have no idea who the “cohort” is that he claims to have identified but the truth is, as I stated before on the deleted Forum, I am not in any way connected to this book or its author or his family. Neither am I “overwhelmed” by this book, or running a “crusade to protect and promote it” as he claims. However because I believe it is an important contribution to the kelly literature, in fact a VERY important contribution, I will certainly support it against ill-informed and baseless criticism. 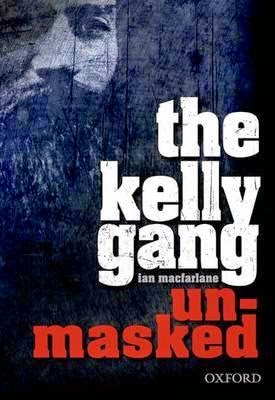 One Reply to “On Hating the Truth”