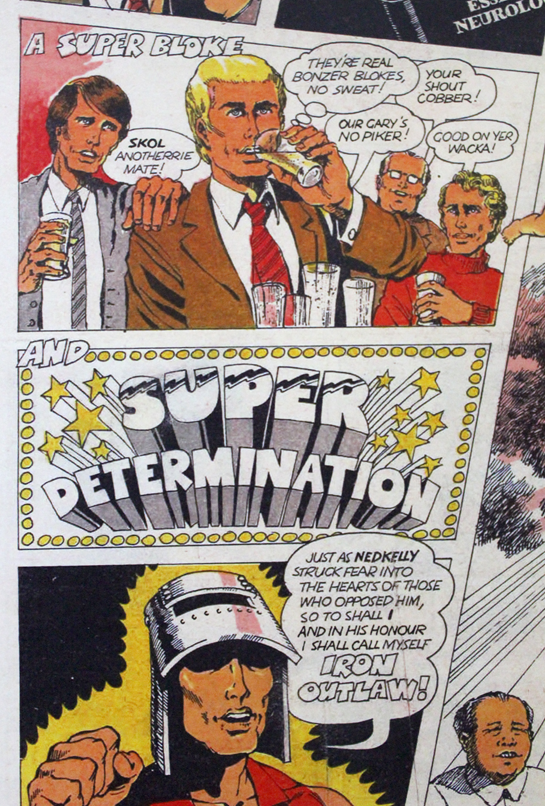 Ironoutlaw.com is a large and longlived Kelly website that is without doubt the most technically expert Kelly place you can find on the Internet. It has clever graphics and multiple pages and links to all sorts of Kelly-related material, including book and movies reviews, current events and a now quite extensive “Feedback” section. I was not impressed by the review of Ian MacFarlanes brilliant book, the Kelly Gang Unmasked, but at least it got a mention! The person who posted the review is obviously infatuated with the myth of Ned Kelly and frequently posts commentary that expresses adulation and a kind of hero worship of the man, so one could hardly expect her review of the book to have anything kind to say about it – and it didn’t. There are many more positive and objective reviews of the book out there but they are not quoted. 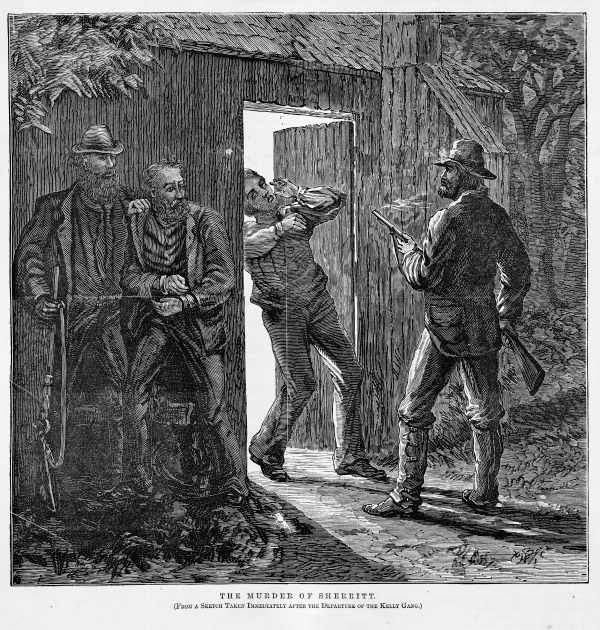 And as for a classic example of the whitewashing  and the airbrushing of history, look no further than his description of what happened at  Stringybark Creek killings as “ the unfortunate circumstances that led to the deaths of three troopers in the Wombat”

“Unfortunate” ??? – this was a  deliberate premeditated armed ambush  –  a far cry from “unfortunate”  Mr Crichton. Lets  stop the whitewashing and airbrushing and photoshopping of the unpleasant truth shall we Sir? 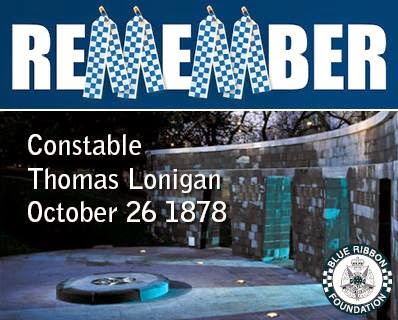 As the above quote shows, Ironoutlaw.com is in reality a VERY partisan website and makes almost no attempt of any kind at fairness or impartiality or objectivity, and frequently lapses into direct mockery and even offensive and possibly actionable defamation of any contributor or commentator or player in the Kelly story, either past or present that Mr Webb disagrees with.
The worst examples of  this are on a Page on the site called “Real Villains” . It is devoted to attacking and ridiculing Victorian Police, not just of yesteryear but of current serving members, and particular presently serving or recently retired Policemen and women are villified and smeared in quite appalling ways. The page also contains a long list of links to various recent press articles with negative commentary about Police conduct, reinforcing this “anti-police” theme that seems to run through the entire pro-Kelly community. It has of course  been a mantra running through the Kelly story from its beginnings in the nineteenth century, that really the bad Police are to  blame for everything that went wrong in the Kellys lives, but it disturbs me that this unbalanced and warped perspective is being encouraged and inflamed in the 21stCentury by this pro-Kelly web site.
A balanced view would acknowledge that no organization you care to name that has real human beings in it has ever, anywhere, at any time in history or in any place, been devoid of error, bad management, bad faith, bad human behavior from the trivial to the extreme of corruption even, and the Police force is no different.
This segment of  Ironoutlaw does the website no favours. It hints at extremism, it promotes disrespect for the Law and for Police, and helps to perpetuate the fond but false belief of some Kelly supporters that the Police were to blame for everything that went wrong during the Kelly “Outbreak”
All-in-all, the more I read through this website, the more I came to dislike it for its virulent and aggressive anti Police and pro-Kelly tone. There is a strong thread of intolerance and arrogance mixed in with the commentary and attitudes of  contributors to the site, as well as a failure to allow any other view but that of the Kelly Mythmakers.
The website claims to have been getting over 8 million hits  and 338904 visitors a year. I would be surprised if these figures are current because last year there were only 47 letters posted to the feedback section and so far this year there have been only 9. A  number of links are dead, and the last Event promoted on the “Events” page was for something in 2012.
It looks like interest in the site is declining steadily, not just from the public but by Mr Webb. If that’s because the public are realizing the Kelly Mythmakers have been promoting a huge lie about Ned Kelly, and losing interest in it, and the numbers of true believers is shrinking to a small band of die-hard fanatics, then that’s a good thing.

Long may it continue.
(Visited 25 times)
No comments yet