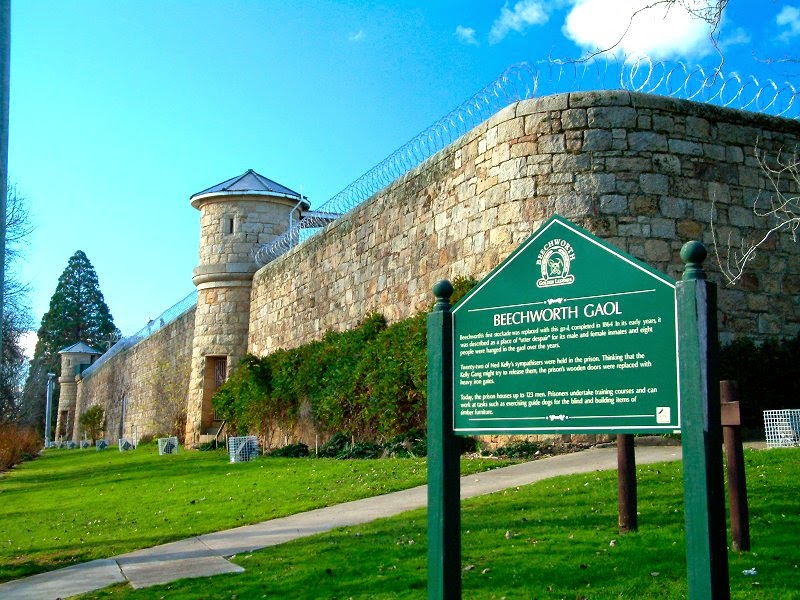 “I was acquitted on the charge of horsestealing and on Halls and Murdocks evidence I was found guilty of receiving and got 3 years experience in Beechworth Pentridges dungeons. this is the only charge ever proved against me Therefore I can say I never was convicted of horse or cattle stealing”

One might have expected a visionary leader wanting to do something for the poor and establish a Republic of North East Victoria might have developed reservations about his behaviour as a much younger and immature man, but not Ned – nothing of the sort – at 24 years of age he was still unashamed of his violence against the Police and against the Hawker, McCormick, he was proud of his skill as a stock thief, and the fact that he got away with it.
The narrative then wanders about somewhat, he accuses Constable Flood of being a horse thief, complains about British justice, mentions a bull he was accused of stealing but claims it was a wild one that he found, denies  a mob of calves were stolen by him and then writes
“I began to think they wanted me to give them something to talk about. Therefore I started wholesale and retail horse and cattle dealing”

Once again, instead of accepting responsibility for his actions, here he is claiming that in some way, he was driven to become a “wholesale” stock thief by the expectations and accusations of others. These are the sorts of excuses children make when they are caught out! I am starting to wonder if ned Kelly ever grew up.