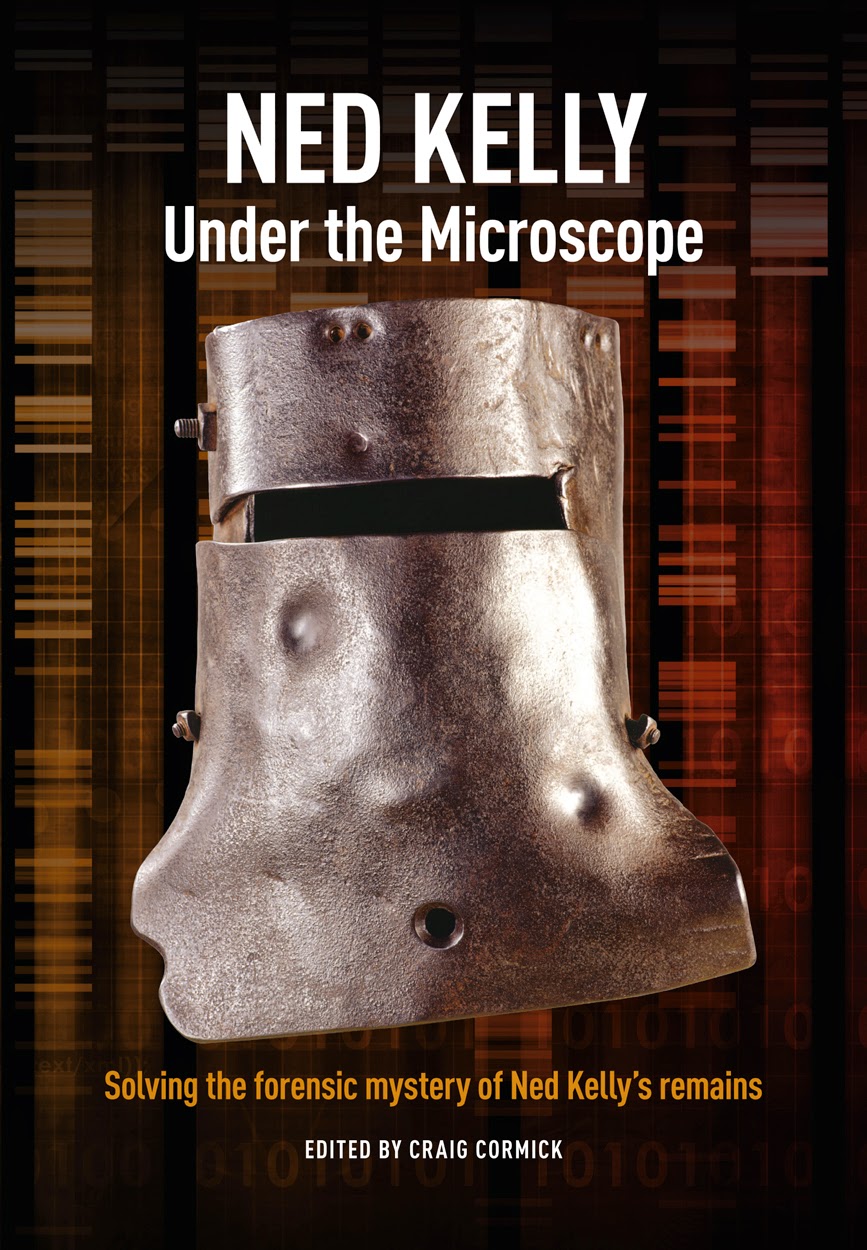 
UPDATE: Theres a new comment about this book on the Ned Kelly Forum Facebook Page, posted by an NKF Member in response to another member who asked if anyone had read it. I posted a helpful reply but it was deleted immediately – No surprises there! The books Editor Craig Cormick posted a reply today that has been allowed to stand, providing a link to a newspaper review of the book, but this was followed by the following laughably immature Post from a prominent Kelly Forum member who clearly also hasn’t read the book:

“a majority of the research used by the Victorian Institute of Forensic Medicine in this book was taken from Kelly researchers after the discovery of Ned’s remains in Pentridge.. as it was required by law that the remains were to be identified at the VIFM, it hardly makes any of the contributors to the book “experts”, when in all fact they are just doing their job and trying to profit from Ned’s story..

The idea that “a majority of the research…was taken from Kelly researchers” is utterly absurd fantasy and complete nonsense. If theres any truth to that claim perhaps the ignorant poster of that nonsense could put it up for everyone to see. He won’t because there isn’t any.

FINAL UPDATE:
Today, November 17th, NKF deleted the whole thread that followed their Member “Shez” asking if anyone had red the CSIRO Book. As I predicted, the fool that made those claims about the book would not be posting any evidence because his claim was bollocks. So, no doubt after reading my comments above,  they have been shamed into removing the entire thread and are hoping nobody noticed.

Once again no hint of an apology from Mr Jager for his outrageous slander against the forensic Scientists who donated their time and any profit to  Charity, no hint of an apology from Mr Webb for his outrageous attack on Dr Cormick, or retraction of his stupid claims about that skull – just a cowardly secret retraction –  all in all two more disgraceful examples of how these blind Kelly fanatics attack anything and everything that doesn’t suit their delusional fantasies about Ned Kelly.

With friends like these, the Mythology of Ned Kelly hardly needs enemies.

5 Replies to “UPDATED(2) Book Review: Ned Kelly Under the Microscope”