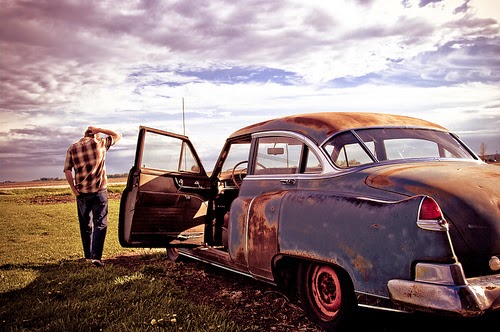 In the Comments following the Police Blogpost, I wrote this:
“… its slowly dawning on me that there aren’t that many people with an ACTIVE interest in Ned Kelly. They have views about him but as with most things these are opinions based on little or no serious study or reflection. The NKF Key Master boasted he had hundreds of members but almost no body has posted there this year. They are content in their beliefs and not interested in defending them or examining them.”
But yesterday in the Comments following the Social Bandits Blogpost  Geoff wrote “Got the Morrissey book today. Very hard-hitting. The Kelly fanatics will scream loud and long.”
And in response Mal wrote “Oh no, not more oceans of tearies, cries and whimpers from Iron Outlaw and Ned Kelly Forum members.”
In fact,  thinking about it, I decided that I would be very surprised if the Kelly Fanatics on those sites make the slightest mention of it – unless Sharon does of course – because there have been no posts for two months on the Ironoutlaw site, and  almost nothing on the Ned Kelly Forum this year either, other than the hysteria about the Bankers Letter, about which nothing more has been seen or heard.
Remember what happened last year, 2014 to the major Kelly work that CSIRO Published, “Ned Kelly Under the Microscope“? One comment on the NKF site from someone saying they wouldn’t read it and on their Facebook page a prominent member and  idiot from NKF rubbished the book and made insulting remarks about the Scientists, and then the thread was deleted! They were challenged to justify their foolish claims and instead of attempting to do so, or better still apologising for such ignorant commentary, they took it down. No mention on the Ironoutlaw site either, but on their Facebook Page Mr Webb of course didnt read it but insulted the books Editor and reposted some out of date nonsense about the Skull that’s proven wrong, and again, that’s it.
And thinking  further back to the Peter Fitzsimons book of 2013, there was some justified acknowledgement of the role Sharon had in helping to make it accurate but no serious discussion on NKF – not even a Book review though it’s a very “Fanatic – friendly” account!  Go back another year, to 2012, before my time but the year of The Kelly Gang Unmasked, and there is at least a book review on Ironoutlaw, albeit really just one that said “ I hate this book because I don’t agree with it” but then no further discussion or analysis. And on NKF ? – not a whisper – though I gather from Comments on other sites that  there was once quite a substantial thread, but  people were expelled for praising it, the discussion was expunged from the data base and nobody talks about it any more.
So for 2015, we have another Kelly Book, but I expect it will be ignored.
So I have started to wonder – what really is happening to Kelly Fanaticism in Australia? Is it dying out? How come IronOutlaw claims to get hundreds of letters every month but has published none  this year, and only 5 in December?
To try to answer this question I looked at the activity on the longest running Kelly site, Iron Outlaw, which claims to get “hundreds” of emails every year, and long ago claimed nearly 5000 since inception. What I have just done – it took half an hour – is count up the number of letters posted on the site every year since it stated in late 1999, and here are the annual figures in Graph form:
What you will notice firstly is that the claim that every year “hundreds” of letters are received could only be true if most of them are NOT PUBLISHED ( over half of the years, less than 100 are published, and “ hundreds” (plural) must imply at least two hundred wouldn’t it?). Secondly, as the total number Published is 1541, if they really have received nearly 5000 letters, then 3500, or, in other words 70% of the letters they receive are UNPUBLISHED. This would be consistent with what we already know about the  Fanatics propensity to censor and suppress opinions they don’t agree with, but this analysis suggests a remarkable two thirds of the responses they receive are unfavourable! Of the ones they do publish a significant proportion are from school kids wanting information, theres a sizeable chunk every year discussing the Ned Kelly Weekend, and theres a small group of names that recur time and again. Thirdly for the last  six years there has been a rapid decline in letters published from 206  in 2009 to a miserable 23 last year.
The standout years were 2003 and 2009. This is because in 2003 Heath Ledger starred in the Hollywood Movie, Ned Kelly, and in 2009 there was an ABC dock about Ned and a lot in the press about the excavations at Glenrowan and the identification of Ned Kellys skeleton in Melbourne. I wondered if perhaps the arrival of the Ned Kelly Forum in 2012 might have had an impact – perhaps stimulating interest in  the Kelly Gang – or perhaps simply dragging a limited market to itself and away from IO but neither of those scenarios seemed to happen. The Graph shows that the decline that began in 2009 continued through 2012 but didnt seem to accelerate after the NKF started, and last year they were both in decline. For the last four years there has been an average of less than two comments a week. Compare that with this Blog, a non-fanatic Blog : in less than 10 months there have been 476 Comments!

Clearly there will always be interest in Ned Kelly and the Outbreak, just as there will always be enthusiast interest in every other aspect of Australian History and pre-history.  But I think its clear that without mainstream media hype, the worshipful adoration of Ned Kelly and promotion of him as a hero by the kind of person who used to post to IO and NKF will decline to a tiny handful of irrelevant fanatics. The IO and NKF websites will stand as mute testimony to the truth that all the modern Kelly sympathisers can be bothered to do so is wait for something to appear in the media that they can attack or else slobber over, and “Like” each other on Facebook. It reminds me a bit of the so-called Sympathisers who were said to be at Glenrowan – they stood about watching, did nothing active and then when it appeared their Hero was about to go under, they all went home.
(Visited 39 times)
Comments (7)