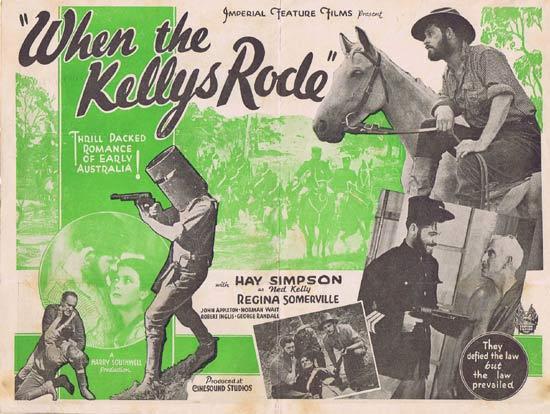 Its been announced that someone is planning to make a movie adaptation of “The True Story of the Kelly Gang” an award winning novel by Australian Peter Carey. I’ve yet to read the book, and might not ever because its an acknowledged work of fiction and I am sick of reading fiction about Ned Kelly.

Predictably, Kelly sympathisers  are whining about the fact that once again what they regard as the “True” story is not being told, and on the Iron Outlaw Facebook Page they are  conducting a readers Poll, asking “which non-fiction book should be considered if they want to film an accurate portrayal of the Kelly Gang?”  They give a list of 7 to choose from.
After a week, only 20 votes had been cast and the clear winner was “A Short Life” by Ian Jones, with 8 votes and the runner up on 4 was“Ned Kelly” by Peter Fitzsimons. Frankly, if there’s to be yet another movie about Ned Kelly, it needs to be one based on something other than any of those books, and Ian Jones’ one in particular, because he has been deeply involved in most of the movies and documentary series already produced, and they have pleased no-one.   Moreover, because those books don’t provide “an accurate portrayal of the  Kelly Gang”  neither would a movie based on them. In fact Kelly sympathisers aren’t the least interested in “the true story” – what they are interested in is a fairy tale, and in pretending that their fantasies about Ned Kelly are true.
What’s needed, for anyone genuinely interested in the “True” story is not yet another rehash of the tired old mythmaking of Jones, Moloney and Fitzsimons  but a fantastic  new movie based on new scholarship, specifically the new works of MacFarlane and Morrissey.  A new movie would not portray the Police as bumbling corrupt buffoons or the Kellys as depraved maniacs but would hopefully incorporate a balanced understanding of the times into a sympathetic portrayal of the Kellys, insights into the psychology of a psychopath and into the challenges the Police faced, and show Ned Kelly to be colourful,complex raging and passionate, but ultimately tragically flawed. An amazing subject for a movie!

Ned Kelly wanted to believe that the Police “exasperate to madness men they persecute and ill treat” and that his own life had been made “mad by bad treatment”.In other words according to Kelly someone else was to blame for his criminal choices, and that view has been the theme of all the movies made about him to date. However, as I have tried to make clear on this Blog, such a view is unsustainable.
My own view is that Kellys life illustrates the corrosive and destructive effects of inter-generational hate, particularly the hatred of the English and of Authority  that was  taught to him from birth. Ultimately it consumed him. That’s what I think is the truth about Ned Kelly, and its a perspective that could make a new movie an interesting proposition. But please please please lets not have any more sickening syrupy fairy tales about a sad misunderstood and mistreated crusader. Ned Kelly was never such a person. The actually true story of Nd Kelly has still to be told.
(Visited 31 times)
Comments (14)