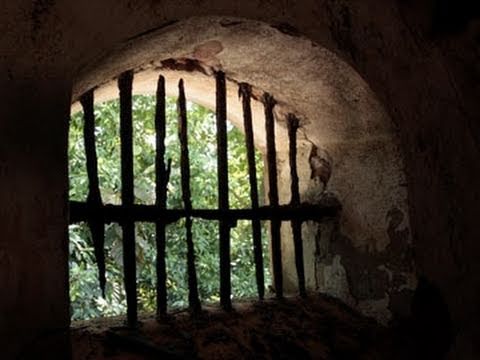 There are a couple of other things about this letter that also seem to have escaped commentary.  The first is that in style and  content it is at odds with the “I-don’t-pretend-to-have-lived-a-blameless-life” letter and adds significant weight to the argument that Gaunson was indeed the main author of it.

The second much more important  point to consider is that these are the last words of a man purported to have been planning to establish some kind of a Republic of North East Victoria,  a man apparently motivated by some sort of ethical position about the rights of the poor, about Justice and about the immorality of Police behaviour, a man whose grand political vision has been brought to an ignominious and violent end. But where, in all these letters is even a SINGLE word about this vision, this dream that he risked everything to realise? Where does the defeated but defiant visionary state his case for the Republic, invoke noble sentiment about freedom and justice and a higher cause, make the expected rallying call to arms or at least to the cause, urging the Sympathisers not to abandon the noble cause but to continue the fight for justice? The answer of course is he doesn’t, and the reason he doesn’t is that such thoughts and sentiments were never in his head. He was not a visionary. He was not planning a revolution. These last letters, wherein Ned Kelly had nothing to lose by giving voice to his deepest convictions and greatest visions, contain not a single whisper about anything to do with a Republic or anything like it, and in truth, prove the completely fanciful nature of Ian Jones proposition that there was ever such a dream. There is nothing in these letters about his family, about the poor, about anything noble or grand, no concern is expressed for the deaths of hostages or Police, or even of his own brother and the other Gang members – instead these letters are about self justification, and are full of lies and childish attempts to rewrite history in a naive hope that they might be believed, that Glenrowan wasn’t about murder but about Bank robbery, that Curnows bravery was Neds idea, that the Police got it all wrong. To curry favour he even pretends that he was planning to throw his own mother under the bus in preference to Curnow. A true visionary and leader wouldn’t have wanted his last words to be so utterly self centred and backward looking. A true visionary and leader might at least have simply told the truth.

I wish I hadn’t waited so long to get around to reading these letters, because they reveal so much more about who the man Ned Kelly REALLY was. Being his own words, they provide a direct view into his thoughts and motivations and reveal much more than do any oral  historical traditions, police records, Newspaper accounts and other peoples biographies and opinions of him. I also wish that the horde of Kelly buffs who have lauded Ned so comprehensively over the years, right up to the latest effort by Peter Fitzsimons, had not engaged in a kind of cover-up of the implications of the content of this letter in particular. Mostly they ignore all the difficult stuff and all they quote from it is the last sentence :  “I should have made a statement of my whole career but my time is so short on earth that I have to make the best of it and prepare myself for the other world”  What a shame that the time he did spend making statements was wasted by his inability to tell the truth.

The meaning of these letters is not that Death Row transformed Ned into something that he wasn’t, that the writing in these letters is an “aberration”. I think its exposed him for what he always was, and its not a good look. Its actually quite sad and pathetic. I once asked the question “Did Ned Kelly ever grow up?” The answer, given what he wrote in the last week of his life, is “No, he didnt.”
(Visited 58 times)
Comments (12)