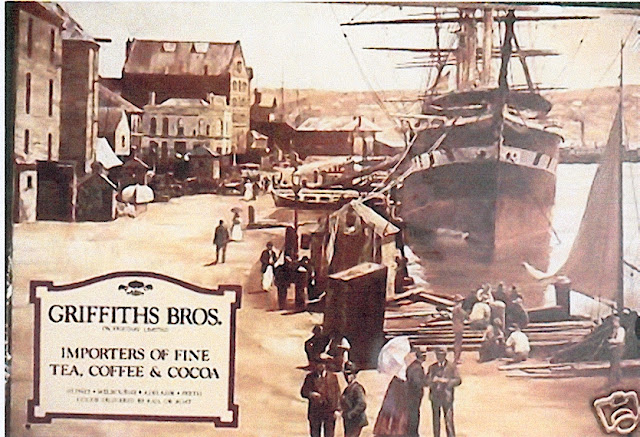 Peter wanted to add this as a further Comment  to the ongoing discussion following what I have to call Part I, but it exceeded Bloggers allowable maximum size for Comments. Therefore I have added it as a separate Post, called Part II. I apologise if it disrupts the flow of the discussion from Part I.

I have also met Edna several times (once with Bill).  I agree with Bill that, despite her age, Edna is clear of mind and very much with it.  I find it interesting she has put all this to paper (since 1991), particularly given there has been no profit in it for her.  Whilst I have my doubts about the veracity of a lot of what she has written, I have no doubt Edna believes she has faithfully (re)told the stories as they had been told to her.  Edna is also at a stage in her life where she doesn’t care if people believe her or not.
There is some fascinating material in Edna’s book and I have made copious notes chapter by chapter.  I know many have dismissed what she has to say (I note Sharon’s “whack-a-mole” comment and Brian McDonald’s reference to her books being “delightful stories”).  I know a great deal of what she has written can’t be true, but Edna’s position is simply that she has documented what she knows and what was told to her.  So, like Bill, I believe there is truth in at least some of what she has to say, as I don’t think she could have made it up.  In any event, so much of what she has said could these days be easily proved one way or the other.
As an example, I thought I might follow up on Edna’s reference (pp. 68-69, Vol. 1) to a badly injured young Ned Kelly being transported by Old Ned Griffiths, Ned Lloyd & Young Ned Griffiths (all these Neds, it does get confusing!) to the place she describes as “The House before Monnington – in the place that was The Griffiths’ Family Home there then”.  On page 185 of Vol. 1 Edna has included a photo of Monnington, but this was not built until 1886.  But according to Edna, the injured Ned Kelly was transported to the Griffiths’ family home that preceded Monnington.
So what does an internet search of “Monnington” bring up?  Well, we find that Monnington is located at 15 Adeney Avenue, Kew (a Melbourne suburb).  It does not itself have a heritage citation, but is referenced in a heritage citation (dated 2012) for another property at 29-31 Park Hill Road, Kew.  Some key points in this citation are:
Aren’t there a lot of coincidences here?  A simple internet search brings up Information that I don’t think would have been that easy for Edna to come by.  Maybe the Griffiths (at Glenrowan) did have family connections in Melbourne at this time who might well (as suggested by Edna) have felt a bit “put out” when their country relatives dragged in a young boy/man like Ned Kelly in the hope of getting him some care, legal and medical treatment.  Could Edna have made this up?

So where do you go with this type of information?  Who was Walter Hart and can it be established if he had connections with the Harts in Wangaratta?  Did the Griffiths brothers (tea merchants) have connections with the Griffiths in Glenrowan?  Could the tenant Robert Miller have been the Robert Miller from Glenrowan?  I could look further into this, but maybe someone else knows the answers already?  Sharon?

Fact is often stranger than fiction isn’t it?  If the Griffiths family are connected with the Griffiths tea merchants in Melbourne, then maybe the Glenrowan Griffiths did seek medical attention for a badly injured Ned Kelly who had been bashed by an enforcer.  And in turn maybe Ned Kelly did seek retribution against that enforcer who Edna believes went by the name of Borrin.  And with Ned at fifteen, if the killing of Borrin unfolded in the way Edna tells it and at the location she describes, then maybe his bones could be found?  Would this enhance Kelly’s reputation as someone who was prepared to stand up to a local stand over man?  Or would it damage his reputation by adding to his list of victims?  After 135 years would it matter?
(Visited 183 times)
Comments (24)

24 Replies to “The Ned Kelly Center and the Griffith Connection: Part II”