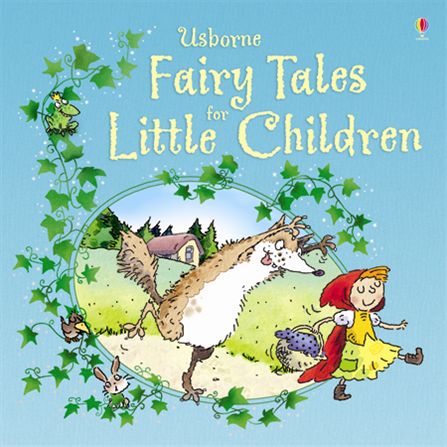 Iron Outlaws Australia Day message is a lie : “In 1880 Neds dream was a Republic of North East Victoria”
I call it a lie, but it could also be called a fairy story because a lie and a fairy story are both stories that aren’t true. The important difference though is that nobody pretends that fairy stories are actually true.
This great Myth about the Kelly Outbreak was analysed in depth last year. In that discussion last year people asserted they believed it was true and that there were convincing arguments, but not a single scrap of direct evidence was ever produced. Its a great read(here)
In regard to Dans alleged survival I recently posted that as long as people keep claiming it, we  will just have to keep  pointing out their mistakes, and its no different with the Republic : as long as people keep asserting it, I will keep on showing it be a hopeful fantasy propped up by Kelly sympathisers who are in denial about the truth of the Kelly outbreak.
Now, exactly a year ago , at the end of the discussions that followed my Post about the Republic, I summarized the debate like this :
It seems the Kelly Republic discussion has run out of steam! I had a vague hope that someone would come up with something substantial but now I realize that the most remarkable thing about the idea of the Kelly Republic is how very weak the so called “evidence” is that supports it :
*Speculation on a rumor from a journo that a notebook and letters were taken from Neds pocket in 1880(no mention of a Declaration mind you)
*A mention in an Irish Magazine from the 1920s that cant be found
*A mention in passing by Max Brown in 1948
*A recovered memory by another journo of having seen a Declaration in London in 1962, and a claim by some other unnamed person to also have seen it
*Contradictory claims by Mr Lloyd about minute books seen 40 or perhaps 80 years before
*Another unnamed person still alive who also claims to have seen them
*Elaboration of the above by Ian Jones, Molony and everyone since into a full blown exposition of Neds republican Ideology!
In contrast to the speculation that is the foundation of the Republic idea, these facts had to be ignored to do it:
*Ned Kelly never ever mentioned a Republic
*No other member of the Kelly Gang or any of its sympathisers/co-Republicans ever mentioned it
*Ned Kelly specifically stated what his motivations were but the republicans don’t accept them!
*No early author ever mentioned the Republic
*Extensive searches have not found the Document seen by the Journalist in 1962
One of the most interesting new facts that emerged from my own investigations last year was the unreliability of the main source of information about the Republic idea, Mr Thomas Lloyd. He told Ian Jones in 1964 that his father recounted that when he was ‘a boy’ he saw notebooks that contained the minutes of the meetings that Ned and others held to plan the Republic. The problem with that claim is that when those meetings were supposed to have been taking place, Thomas Lloyds father was not “a boy” but a 22 year old man. This means that what he saw as ‘a boy’  – lets say 10 years earlier when he was 12  and Ned was 14 – whatever those meetings were about they were nothing to do with Ned or a republic.  Alternatively, if you want to argue that he was simply mistaken about his age at the time that he saw those books, my reply is that if he cant remember something as fundamental as his age, whether or not he was a boy or a man when he saw something, why would we believe anything else about that memory, except perhaps with a large grain of salt?
There is another problem though. This informant later told a completely different story to John Molony in 1976, contradicting the one he gave to Jones by now saying that the “boy” who saw those books was not his father but he, himself. In a Court, this mans evidence would be dismissed as completely unreliable.
Gary Dean told me that Kelly sympathisers in Kelly Country resented Ian Jones probing and prying into their history back then, and so they told him ‘tall stories’, whatever they thought he wanted to hear, and kept their secrets to themselves. The trouble with ‘tall stories’ is you have to remember them so you don’t contradict yourself when telling it to someone else later, which seems to have happened when John Molony turned up asking the same things a few years later. I  have no idea if Deans view is true or not but its curious that Thomas Lloyd provided two different stories – they undermine his credibility and the believability of the already flimsy Republican myth.
The truth is this : there is very good evidence for what Ned Kelly had in mind for Glenrowan, both in his actions and in his actual words – it was about family, about retribution, and his hatred of authority and the Police. Nothing at all, in anything he said or did, or in anything the so-called Sympathisers ever said or did , or in anything that has come to light since, provides any support or even the slightest hint that a Republic of North East Victoria was ever in anyones mind.
Placing Ned Kellys image anywhere near the modern debate about a Republic would be like using Jack the Ripper to promote Safe Houses for women fleeing domestic violence. Revolting.
(Visited 59 times)
Comments (9)

9 Replies to “The Ned Kelly Republic is a Fairy Story”