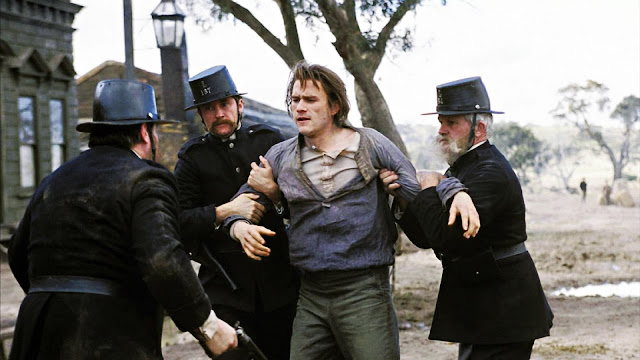 On Facebook I have been accused by Bob of failing to mention the truth about why Ned Kelly hated the Police. Bob lists three examples of incidents that he regards as reasons for Neds hatred of police : his arrest when Hall tried to shoot Ned, the fracas when he refused to be handcuffed and was subdued by Lonigan using the ‘squirrel grip’ – a handful of nuts – and the death of his sister Annie giving birth to the child fathered by Constable Flood. Bob, like many Kelly sympathisers  believes these and other incidents justified Neds hatred of Police, that it was the Polices fault that Ned Kelly hated them.
Contrary to Bobs claim, I have not ‘hidden away’ from the bad behavior of Police, and in the post “Hall arrests Ned Kelly”– which everyone should re-read to refresh their memories of exactly what happened – I wrote of Halls behavior that ‘it was appalling – not only had he tried to kill Ned and used excessive force once the tables had been turned, Hall later lied in Court about seeing documents that hadn’t been issued when he said he had seen them’ .  I also wrote about the incident involving the squirrel grip in a post in August 2014 ‘Reflections around the crown Jewels’ and I recommend that Post also be read again to refresh everyones memory of the entire incident.
I admit however that I haven’t ever discussed the relationship between Annie and Flood, though a really indepth analysis would probably not be something Kelly symapthisers would want to read, because undoubtedly it will expose the ambiguous relationship that existed between the Kellys and the Police. Kelly sympathisers like to think of this relationship as a cartoon style ‘goodies vs baddies’, Kellys on one side, Police on the other, but as Morrissey and others have shown, it was much more fluid than this, there were friendships across this imaginary divide that resulted in such things as the young Ned running to the Police station for protection from an uncle, the Kellys using the Courts to pursue personal disputes, uncles co-operating with the Police to dob in Harry Power and collect  massive financial reward, the friendship between Ned and Fitzpatrick, and of course a sexual liaison between Flood and Neds sister. But  its quite ridiculous to blame Flood for Annies tragic death in giving birth to the child that resulted from the relationship. The relationship was consensual, as far as we know, and Annie would have been well aware of the possibility of pregnancy resulting from it. Its not usual anywhere, except perhaps in the Kelly world to blame the man for the  tragic death of his partner in childbirth, but death in childbirth was not such an uncommon feature of life in the bush in the 19th century. No doubt it was a tragedy and a terrible loss, but to blame Flood for it is ridiculous.
Never-the-less Bob may well be right that the three incidents he lists, and others, were reasons Ned Kelly might have given for his hatred of the Police. But having reasons for hating the Police doesn’t have to mean the hate is justified or  that the Police deserved to be hated. So was it justified, and did the Police deserve to be hated?

Certainly, if Ned hated Flood for what happened to his sister, his hatred was irrational and unjustified. And exactly how reasonable or rational was Neds hatred of Police for responding in kind to the violence of Neds resistance to being arrested or to being handcuffed? If he had gone quietly and still been bashed and beaten, then hating them might be reasonable but thats not what happened – Ned Kelly created a massive violent brawl and no doubt inflicted some pretty painful injuries on several of the Police trying to  subdue him.  I doubt very few of us would have much sympathy for a fellow who abused and attacked Police trying to do their duty, and who in the melee he started, came off second best. We might be tempted to say “ you asked for it mate, be a man and suck it up” But thats not what Ned Kelly ever did – right to the end he refused to accept responsibility for the consequences of his own actions, and was forever looking for someone else to blame for how things turned out. The reality of Neds hatred for the police, when you examine its possible causes closely is that it was out of all proportion to the actual events that may have given rise to it, it was extreme, irrational and unreasonable. Nothing the Police ever did to the Kellys justified in any possible way his murder of three innocent Police at SBC, or his plan to kill many more at Glenrowan – his reactions were way beyond reasonable, proportional or justifiable. Thats why Ian Jones said Neds plan for Glenrowan was madness – completely out of touch with any kind of reality, reason or logic, based on absurd overreactions to incidents largely originating in the behaviour, not of the Police but of the Kellys themselves. And you see this madness when you read the crazed hysterical outburst known as the Jerilderie Letter.


I agree with Bob that Neds motivation was hate rather than some higher noble political ambition about the poor and the rights of selectors, as Ian Jones would prefer.  Rather, for Ned it was an intensely personal thing, and hatred is an intensely distorting and blinding emotion, a prism that Ned looked though and could only see a need for horrendous ‘suicide bomber style’ revenge.

But there is another more important, often overlooked source of Neds hatred for Police : his parents. I am not referring to what happened to his parents but to the values they instilled in him, the things they taught him from the youngest age, and the attitudes prejudices and resentments that he absorbed from them and the wider community of Kellys and Quinns that he grew up in.  Ned was taught to hate, to disrespect and have contempt for the British authorities, for Irish who co-operated with them, for squatters and the wealthy. Being taught to hate, when your brain is wired for psychopathy is playing with fire. Sadly though, being taught to hate wasn’t unusual then, and its not unusual now. Its a common and horrible fault of many parents all over the world to this day, where children grow up being taught to respect only their own, to believe utterly in the rightness of thier own cause and to hate and perpetuate hatred war and resentments against the rest, against Jews, Palestinians, Blacks, Muslims, Aborigines, Catholics, Asians, gays, Communists, asylum seekers ….and in Neds case the British and the Police. This is where Ned learned not to take responsibility for his own behavior but to blame his misfortune on the British, on the Police, on the Courts, the squatters, the wealthy…this is where Ned learned such an arrogant regard for his own righteousness that he was later able to write in the Jerilderie letter : “I would have scattered their blood and brains like rain, I would manure the eleven mile with their bloated carcasses and yet remember there is  not one drop of murderous blood in my veins”
As Peter Fitzsimons put it of the young Ned Kelly: “Ned takes hatred of the English with his mothers milk and his fathers every rant”
And the end result of this hatred? –  his brother and three friends dead, three Police dead, three hostages dead and Ned Kelly on death row. These are the poisonous fruits of intergenerational hate, and therein lies the one lesson that Ned Kellys life could teach all of us in these troubled times : here was a fine strong good looking intelligent witty and hard working young man brought down and destroyed by all consuming hate. For Gods sake stop encouraging people, and especially your kids to hate one another. It always ends badly.
Be like Captain Jack and love everybody. 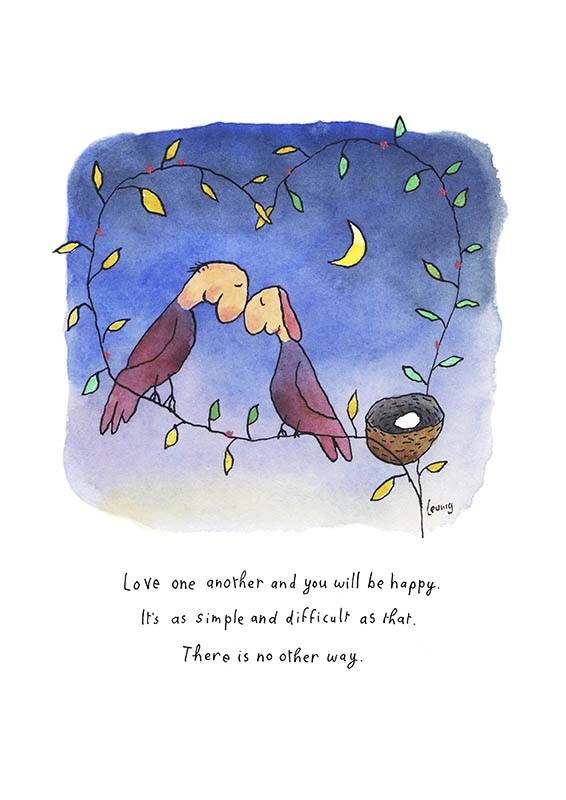 18 Replies to “Why Ned Kelly hated the Police”