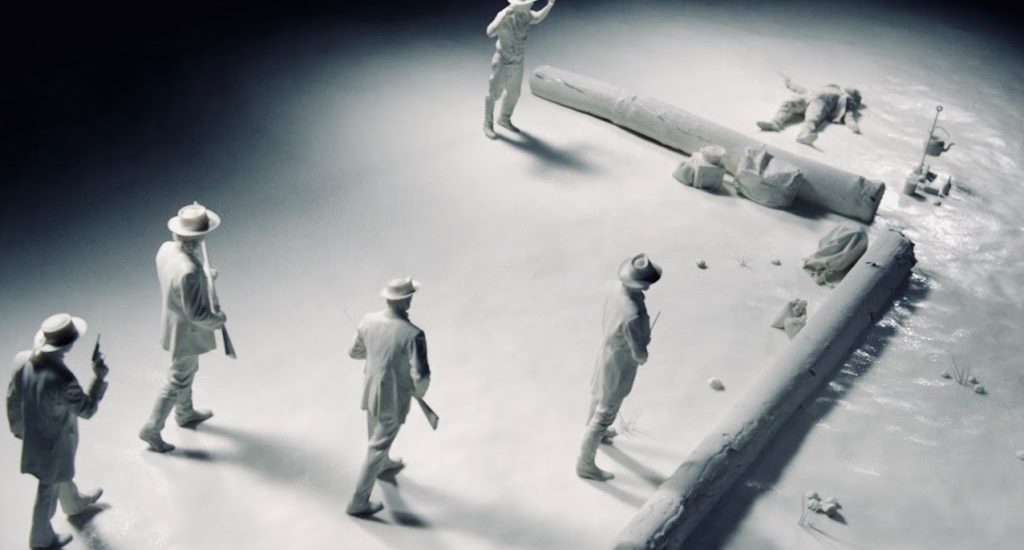 I wonder if Ben Head and Ben Thompson realised what they were getting themselves into when they decided to attempt a movie about what happened to a party of four police at Stringybark Creek in 1878. I wonder if they realised that saying they were going to tell the story from ‘the police perspective’would make them the targets of the blind police–hating Kelly mafia that patrols cyberspace defending their fond fairy tales about the murderous psychopath Ned Kelly?

But whether these young students expected it or not, they have already become the subjects of abuse and belittlement on the pro-Kelly Facebook pages, with such comments as this misspelled vulgarity from  Aidan Phelans Bushrangers FB page :

“Wats this Ben heads problem? I guess his a descendant of one of the corrupt coppers? Fitzpatrick was a drunk an alcoholic a womaniser n a liar nothing but a trouble maker Ben head check ur facts before running ur mouth.”

Almost every word in this two sentence post is either abuse or factually wrong – corrupt coppers? – Fitzpatrick a drunk alcoholic and womaniser? – and yet it was “Liked” by six people, one of whom was a prominent contributor of opinions to Iron Outlaw. What I thought was specially revealing, and sad, was that this ignorant hateful outburst was ‘Liked’ by Matthew Holmes, the film maker who last year attempted to crowdfund a Kelly movie that he claimed was going to be historically accurate, free of opinion and based on the evidence. His ‘Like’ of such a rotten post betrays the  truth about what he thinks the  true story is, and confirms my suspicions from last year about the sort of ‘true story’ he was hoping to make. His commitment to the Kelly fables seems to be greater than his commitment to truth or to the craft of movie making. Other posts in that thread were equally abusive and just as inaccurate but no attempt was made by Phelan to correct any of it or defend these students against such bullying.

The point that needs to be understood is this : I am not saying that there is no such thing as a Kelly perspective – of course there is a Kelly perspective – its in the Jerilderie letter, and many other places, and the pro-Kelly bloggers and writers and commentators express it all the time.  But think of this analogy : the people who believe the moon landings were faked have a perspective, and so do the people whose perspective is that the moon landings actually happened – but no reasonable person is ever  going to say they are EQUALLY VALID perspectives, that there is an equivalence between the arguments for the landings being faked and being real. On the one hand there are the conspiracy theories and fake ‘facts’ about the ‘faked’ moon landings, and on the other the actual facts, the tons of hard  evidence and the documentation that shows that what actually happened was that men landed and walked on the moon.

Equally, we have the ‘police perspective’ which, to put it simply is the true story about what happened, and up against it there is the so-called Kelly perspective.

Here’s what’s wrong with the ‘Kelly’ perspective : it’s a conspiracy theory and its full of lies. And here’s a list of some of them :

What actually happened was that Ned Kellys only experience of armed hold-ups  to that point was of innocent ordinary people on the road with Harry Power. He foolishly imagined he could bail up armed trained police and they would behave like frightened travellers. Going to the police camp was about the dumbest thing Kelly ever decided to do. And the instant police didn’t react the way he imagined they would ? – the only option left to him was to shoot Lonigan almost exactly where he stood, with a load of swan-drops. Ned Kellys claim that Lonigan got behind a pile of logs and came up from behind them to shoot at him is bollocks as was brilliantly illustrated in the Lawless movie last year.

Why Kelly lingered on at the camp, thinking he might have better luck in disarming Scanlan and Kennedy when they returned is something we will never know. Despite his botched attempt to disarm two men that ended up with one  killed, he stupidly decided to try again even though he had already acquired two extra revolvers, a shotgun and any ammunition the police had bought with them, two horses and  any other police supplies that they wanted.  Why wasn’t that enough? It makes almost no sense to wait around risking another confrontation in the hope they might get two more revolvers and a rifle –  but then, why would we expect sense  from a psychopath?

My hope is that Ben Head and his crew will demonstrate that Ned Kelly forever lied about the murder of Lonigan, who was out in the open when he was shot, as Ive described elsewhere on this Blog, that he will show Scanlons death as being a cold blooded murder and not a gunfight, and that he will show Kennedys murder as a mob killing, four armed men chasing down a single fleeing, soon to be wounded policeman, a decent catholic Irishman with a loving wife and children. I hope Ben Head will show the Kelly gang robbing the dead bodies of the police, vision of a revolting  act of disrespect that  exposes another Kelly lie – that they showed respect for the police by covering Kennedys corpse with a cape.

And I hope Ben Head will stop calling this story the police perspective and start simply calling it the truth, the sickening violent and ghastly truth about what the Kelly Gang did to four good men at Stringybark Creek.

16 Replies to “At last, a movie that will reveal the true story about the brutality of the Kelly Gang killings at Stringybark Creek”