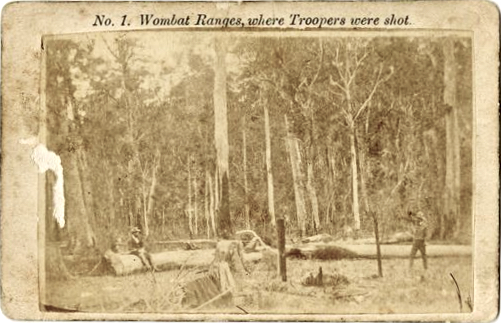 Yesterday the Kennedy Tree Group ( the KTG ) put all their cards on the table and  revealed exactly why they believe they have identified the place where the Stringybark Creek police campsite was in 1878. They have found four trees in 2019 that in their opinion look like four trees seen in photos of the site in 1878. One of the two 1878 photos is above. Its a bold claim to make given that the photos are blurry and indistinct, and trees can change a lot in 141 years, but it cannot be overstated, that their entire claim stands or falls on being able to prove that the trees they’ve identified in 2019 are the very same trees seen in the photographs. If we can be sure they’ve found those exact trees, we can be sure they’ve found the Campsite, but if we cant be sure then they don’t have a case.

Lets look carefully at the tree they’ve labeled PC1, and called the Teapot tree. They have called it the teapot tree because the shape of the first branch coming off the main trunk. on the left, looks like a teapot spout. Below is the 2019 Teapot tree and beside it for comparison a close up of the 1878 tree: 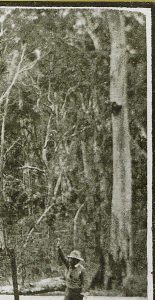 I think they’ve got it wrong. For one thing, the lateral profile of the trunk well above the level of the branch node in the 1878 photo is  clear and straight and uninterrupted, with no obvious branches coming off, but in the 2019 teapot tree theres a very substantial branch coming off – thier ‘teapot branch – thats easily seen, not far above the branch node mark. This is a significant and very obvious difference. I don’t see how that huge difference can be explained away! 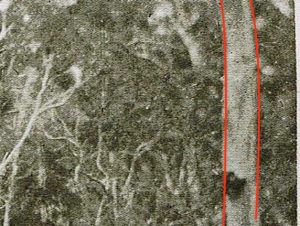 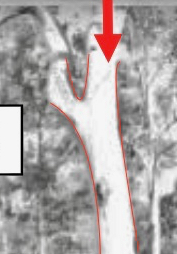 In the 1878 photo theres a glimpse of a branch hidden almost completely by foliage, and the KTG think this is the ‘teapot branch’ but  it is not possible to actually see a direct connection between this  supposed ‘teapot branch’ and the teapot tree trunk : that connection has simply been assumed to be there by the KTG – but if such a connection exists its obscured by vegetation which is clearly behind the teapot tree. In fact, the presumed teapot tree branch could just as easily and with equal justification be seen to be a continuation of a tree that is leaning across behind the teapot tree and whose trunk can be seen on the opposite side, lower down. The ‘teapot’ branch and this other trunk are in perfect alignment as seen below: 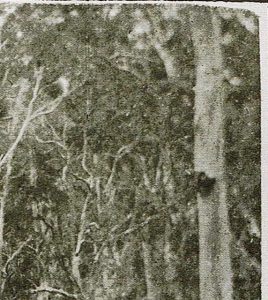 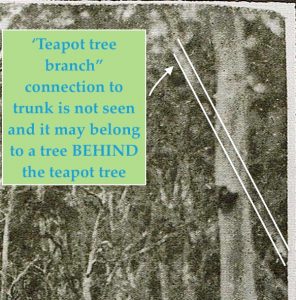 The suggestion that the ‘teapot branch’ is actually part of a different tree altogether is supported by what can be seen by looking at the OTHER Burman photo of this tree, taken from a slightly different angle and revealing there is indeed a tree angling across from behind it: 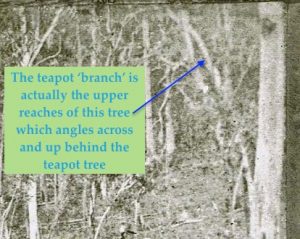 The other thing the KTG claim links the 1878 PC1 to the teapot tree is the ‘branch node’. This was called a ‘burl’ by the CSI team and they claimed it was  visible in a different tree a couple of hundred meters south of the teapot tree. So is it a burl or a branch node?  In any case, if these things  are commonly  found on gum trees and it seems they often look similar, who can be certain the the one on the Teapot tree is the same one seen 141 years earlier on PC1 in the Burman photograph?  They dont look exactly the same so could anyone swear it was certain they were? The answer is no.

The other problem with this branch node or burl is the distance between it and the place where the teapot tree branch is supposed to join the trunk : it looks a lot closer in the teapot tree than it is in the Burman photograph. I didnt think as a tree grew older and bigger these two things would get closer together. 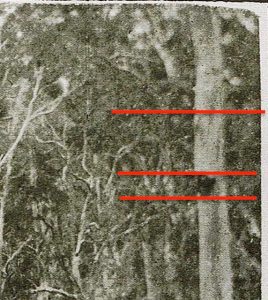 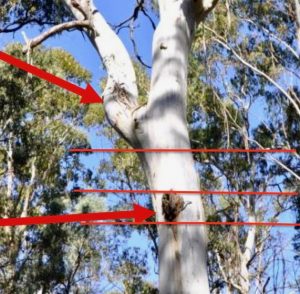 Branch node markings are common, and there has already been an assertion that the one on PC1 is seen on a different tree altogether. However, because none of them are identical it cannot be asserted with any authority that the PC1 node is the one seen on the teapot tree.

The KTG case for PC2, PC3 and PC4 will be examined in the next few posts.

22 Replies to “The KTG haven’t got a case : Exhibit ONE :The Teapot Tree”