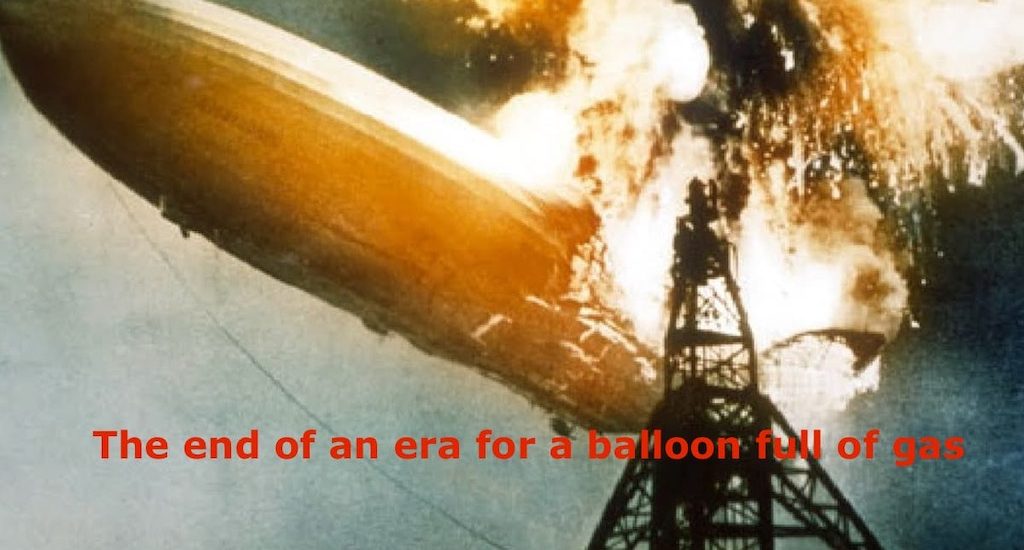 Ian Jones was regarded as Australia’s ‘foremost Kelly expert’, and even though he had a long career writing and directing many popular TV series, it’s his role as a champion of the bushranger Ned Kelly that he will mostly be remembered for. His influence on the existing body of Kellyana was huge, and since he emerged onto the scene almost sixty years ago almost every book, every minor or major publication, exhibition, essay, museum display, commemoration, movie, play, radio interview, You Tube video or documentary has had Ian Jones fingerprints on it, either because of his direct or indirect involvement with it, or through its expression of ideas and concepts that were devised and popularised by him.

Now, three years after he passed, aged 86, the Kelly world is emerging from under his spell and should be asking itself what just happened….and where to from here?

I say ‘emerging from under his spell’ deliberately: when one reads what people who knew Jones say about him, they almost always express a near reverential respect, a degree of admiration and devotion to the man that’s almost cultish in its intensity. The merest hint of criticism of Jones is typically responded to with anger and an indignant defence, such is the loyalty Jones commanded from people who shared his convictions about the Kelly story. At a personal level, at least in relation to people who agreed with him, he was clearly warm, charming and persuasive: people readily and willingly submitted to the Jones ‘spell’. To people who didn’t agree with him however, there was another dimension to his charm.

Jones contribution to the developing narrative wasn’t the only one: several other authors and actual academics gained prominence in the Kelly world, but I would argue, given nobody ever disputed the assertion that Jones was Australia’s leading Kelly expert, that without his lead and his inspiration, the others, such as McQuilton and McMenomy might never have been heard of. How very different the Kelly landscape would have been over the last fifty years without him – the influence of his 1980 TV miniseries ‘The Last Outlaw’ was massive and enduring, his major work ‘A Short life’ remains essential reading, and to this day any reference anywhere to Ned Kelly almost always lists Jones as a major source.  It’s almost impossible to underestimate the importance of his influence. What this speaks to is Jones remarkable ability to inspire and convince : he managed to persuade millions of Australians that his view of the Kelly story, the one he called his “New View” in 1967 was the true story.

The ‘new view’ was a radical departure from the usual anti-Kelly narrative, which had predominated for fifty or more years after his death. That view had begun to soften in more recent decades with Sydney Nolans extraordinary Kelly series of huge artworks in 1947, and Max Browns Australian Son published in 1948. However, quite apart from the Stringybark Creek murders the thorny problem of Kellys florid expressions of extreme violent intent in the Jerilderie Letter and his attempt to massacre twenty or more police at Glenrowan stood in the way of the idea being widely accepted that he was a hero and not a villain.

Enter Ian Jones with his ‘new view’:  a brilliantly marketed and quite ingenious solution to the problem of Ned Kellys dark side getting in the way of declaring him a true hero. Jones ‘new view’ replaced the orthodox view that Kelly was a criminal on the run with the view that as a result of persecution he became the de facto leader of an undeclared rural rebellion against corrupt authority and the oppressive power of the wealthy squatters. Jones believed Kellys plan at Glenrowan was to found the Republic of North East Victoria, and he actively argued for and promoted this view for the rest of his life.  In this context, Glenrowan was a political act, an act of war, and Kelly wasn’t a criminal but a visionary and a leader. Jones developed an historical narrative to support this idea, arguing that Kelly had been endlessly harassed and mistreated, that because of selector oppression generally and widespread farming failure the entire north East was seething with mass discontent, that Kelly was widely supported and that a small army of sympathisers was forming to support him. “Victoria was ready for rebellion” he wrote.

Jones was convincing not just because of his afore mentioned personal charm. He was convincing because his extensive knowledge of the story and the landscape and the people of the north east enabled him to find ways to easily fit his new view into what the public already knew and make it seem like a better explanation than the old view. Without such a rationale, Jones correctly acknowledged that what was planned for Glenrowan was ‘mad’ and would have been ‘a criminal atrocity of monstrous scale’ – but who in the North east wanted to accept that nightmare about one of their sons? Jones was also convincing because he didn’t appear to be sugar-coating the dark side of the story, conceding for example that at least some of Kellys version of the Fitzpatrick incident were lies, that he was lucky not to have been convicted of the assault on Ah Fook, that some of the members of the wider Kelly family were brutes. But these concessions were strategic.

And so, it came about that the New View became the new orthodoxy. The hero-versus-villain debate continued, but now, with Jones new view about the Republic of North East Victoria being adopted and argued for in virtually every discussion that followed, it was heavily weighted to ‘hero’. The history books were rewritten to account for the new view, and there was great flourishing of interest among academics and lay people alike in the heroic Ned Kelly that prevailed for the next thirty years.

But Jones also made this prophecy:

“Just you watch, the next wave of Kelly scholarship is going to be revisionist. There will be people like this McDermott character falling over one another to say “all this is wrong, Ned Kelly was really a dreadful person, a cold-blooded killer and a coward”. Gradually, they will try to regain the ogre that was portrayed back in 1880. Just for the sake of saying something different, making a buck, making a reputation”

“Certain people will continue to chip away at Ned and try to drag him down. But it’s like trying to destroy Uluru  by crashing a Tiger Moth into it. There might be a big bang and a great ball of flame, but there’s not going to be any Tiger Moth left. It’ll leave a little mark that will wither away in no time and Uluru will still be there.”

In these remarks, we get a glimpse of another side of Jones persona, his dogmatic certainty about the rightness of his beliefs, and his willingness to aggressively defend them against any challenge.

Inevitably, as he predicted the challenges did come, the first important one being the 2012 publication ‘The Kelly Gang Unmasked’ by Ian MacFarlane. Here was a book not made by a TV producer but by an archivist who worked in the PROV for more than 20 years, and with exhaustive reference to the archive it calmly and methodically exposed as myth the veneer that had been built up around the Kelly story by Jones and most of the writers who followed him. Jones sensitivity to being challenged was again made clear the following year when popular Australian history writer Peter Fitzsimons published his Kelly biography. Curiously its bibliography and references made no mention of MacFarlanes book, and when asked why, he admitted Ian Jones had told him he hated the book and advised Fitzsimons not to read it.

Jones never made even one public comment about MacFarlanes book but two years later published his last contribution to the Kelly literature with a booklet titled ‘The Kellys and Beechworth’. Jones view hadnt changed one bit – the booklet contained references to the Republic and all the essential elements of his ‘new view’, now almost 50 years old. Not long after, because of age and ill-health Jones withdrew from all public life and he passed in 2018.

But MacFarlane’s book was much more substantial than a timber and canvas lightweight biplane, and Jones new view turned out to be a whole lot less substantial than Uluru because from the moment MacFarlanes book was released the Kelly legend started to collapse. A better analogy would be a surface-to-air missile puncturing the Hindenberg because the new view immediately started to deflate.

In 2018 Doug Morrisseys detailed analysis of the results of selection in the north east, and of social conditions generally was published in “Selectors squatters and stock thieves”. He exposed as a misrepresentation Jones view that the North east was ‘ready for rebellion’ and that there was widespread support for the Kellys. Morrissey showed the Kellys to be criminal outliers in a church-going, law-abiding community of battlers who valued hard work, supported home rule for Irish in Ireland but largely backed the colonial government. Morrissey also revealed that Jones was the victim of a hoax perpetrated by Tom Lloyd, one of his most important sources of information about the republic.

The final, and fatal blow to the ‘new view’ was Stuart Dawsons 2018 peer reviewed research paper “Ned Kelly and the Myth of the Republic of North East Victoria” (Linked top right of this page and reviewed HERE). Dawson unpicked every thread of the ‘new view’, tracing the origins of the idea back to sources which were remote from the Kelly outbreak. This had to have been expected, given that not one person ever mentioned the Republic for at least fifty years after the Outbreak ended in 1880. With this publication, the ‘new view’ was finally and completely debunked, and nobody in the Kelly sympathiser community bothers to defend it any more.

Looking back it would appear that Jones took Australia on a wild ride into his own personal fantasy, but it was a dead-end that he took everyone into, and there are many still stuck there. The reality none of them stuck in the dead-end seem to understand is that the idea that there was a plan to create a Republic of North east Victoria was the means by which Kellys reputation was rehabilitated by Jones, from “ogre” to hero. Once that is gone a whole lot of other stuff has to go with it, because now there is nothing left to sustain the notion that Kelly was anything more than a notorious criminal. They need to realise that what was planned for Glenrowan, as one Kelly sympathiser said recently, was a ‘mad plan gone bad’  and as Jones said himself it would have been a ‘criminal atrocity of monstrous scale’. Nobody in their right mind who truly understood that would call themselves a Ned Kelly “sympathiser’ or think there could be anything admirable about a man who would plan a ‘criminal atrocity’. That was Ian Jones own analysis, and he certainly got that right.

All we should be discussing now is what kind of ogre Ned Kelly was, and the how and why of it all. Its a fascinating discussion because he wasn’t your ordinary common or garden criminal, but he was undoubtedly first and foremost an Australian criminal, and there is no justification for continuing to  parade Ned Kelly about the place as some sort of Australian hero. The story needs to be rewritten for all future generations, this time without incorporating into it Ian Jones fantasies.

32 Replies to “Ian Jones has gone: the Kelly story needs to be un-re-written: Discuss.”