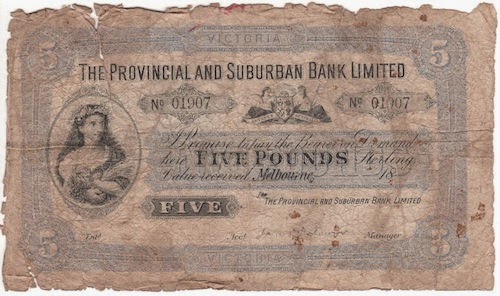 So, while Ned Kelly may have worked  in legitimate employment of various kinds after his release from prison in 1874, he wasn’t “going straight” as the Kelly myth would have us believe. Instead, he was flying under the radar and avoiding detection.
Ned Kelly nearly came unstuck in 1876 with the Lydeker case, but in the end he escaped a conviction because the Judiciary acted correctly, rather than because Ned was necessarily innocent.  That Ned and Tom were almost certainly guilty of the theft was evidenced by the behavior of Tom Lloyds family in compensating Lydeker with a horse and calf, so that Tom at least wouldn’t face court. This action was described as “very like compounding a felony” according to a local News report (unnamed quote in Morrissey)
But whatever they might say about 1876, Kelly enthusiast and fanatics alike agree that in 1877 Ned Kelly abandoned all attempts at making an honest living and began life as a full time stock thief. He was now 22, and had less than four years to live, but as Ned himself bragged, he would never be convicted of stock theft.
I wrote about Neds next brush with the Law in my review of the Jerilderie lletter last year. Please read it here. Oddly, it was not in relation to his full-time retail and wholesale stock theft but a minor incident relating to drunkenness that Neds stupid immaturity escalated into a violent brawl. What happened was that Ned was arrested for drunkenness and riding a horse on the footpath. He spent a night in the Cells and then in the morning resisted the handcuffs , made a run for it, was chased, caught and eventually subdued but only after a violent brawl. Upon conviction he was fined a total of 61 shillings according to McQuilton (£3/1/-) and 86 shillings according to Jones – but only 1 shilling was for the original offence, of being drunk and disorderly. The other 60  shillings ( or 85 ) were for resisting arrest and assaulting the Police, a charge Jones says Ned pleaded guilty to “cheerfully”
Leaving aside the laughable excuse Ned made that his drink was spiked, there is nothing in this episode that suggests Police or Judicial harassment or corruption or persecution of the Kellys. If Ned had chosen to simply front up like a man and accept he had been drunk and ridden on the footpath he would have been fined 1 shilling. Instead because of his own stupid behavior, and not because of anything done corruptly by the Police or the Courts, he ended up with a punishment 60 times worse than it needed to be. He has only himself to blame for it.
This was September 1877, and with all but three years of his life behind him, so far I haven’t seen anything in Ned Kellys brushes with the Law that support the Kelly Mythology about Ned being persecuted and hounded by corrupt Police and vindictive Judges. Every case we have reviewed so far were encounters created and following on from decisions and actions of Ned Kelly and the Kellys themselves – Ned’s assault on Ah Fook, Ned’s decision to be Powers mate, Neds decision to continue the argument with the McCormicks, Ned’s plan to try to sell a horse he got from Wild Wright, Ned’s involvement in the Lydeker incident, Neds drunkenness and his violent refusal to be handcuffed.  Often, it was clear that Ned was guilty and his protestations of innocence were lies – does any Kelly sympathizer doubt he was Powers “mate”? Does any Kelly sympathizer doubt he gratuitously involved himself in the McCormick affair or honestly believe that he really had no idea that Wilds mare was a stolen horse? Where is the Kelly sympathizer prepared to argue that Ned Kelly was not involved in the disappearance of Lydeker’s horse and foal? Which Kelly sympathizer wants to argue against the impression that Ned’s violent re-capture came about entirely because Ned stupidly wouldn’t allow handcuffing? Which Kelly sympathizer wants to commend Ned in his poverty for wasting 3 or 4 pounds defending his foolish “flashness” when it could have been much better spent elsewhere? As far as Police and Judicial behavior is concerned what we have seen from the record was mostly scrupulous adherence to the rule of Law such that cases were dismissed on the basis of corrupt behavior by Kelly people and sympathizers, Police sympathy towards Ned Kelly was expressed in attempts to encourage a less criminal life, and sentences were remitted significantly for good behavior . Constable Halls behavior was reprehensible, undoubtedly, but his actions were not typical of the treatment Kelly received and not supported by Halls superiors.
Oh yes, sympathisers love to quote Superintendent Charles Nicolson who talked of bringing offenders to justice even for a paltry crime and sending them to Pentridge to take their flashness away, but the record of Ned Kelly is what actually happened. For many paltry crimes Kelly was NOT convicted or sent to Pentridge.
Another thing we haven’t seen is the slightest evidence of Ned Kelly the Icon, the Champion of the Poor, the defender of the rights of the  downtrodden and the “suffering innocents”. All we have seen is violent stupid behaviour, indecency, theft, lies and indifference to the effects his “flashiness” was having on his mothers and his families poverty.
This is how I ended my first discussion about the arrests for drunkenness:
No doubt, as usual, there will be silence from the pro-kelly mob.
I was  right – there was silence then and will probably be again now. Have they got NO answers?
(Visited 50 times)
Comments (5)