This is the part of Fitzpatricks death certificate that shows what he died from : “Sarcoma of Liver invading stomach, disseminated. Ascites. Constriction and adherence of appendix (appendicectomy) Cardiac exhaustion. ” Note : nothing about cirrhosis! Last week I showed that the Kelly legend claim that Constable Fitzpatrick was a drunk is wrong; its not […] 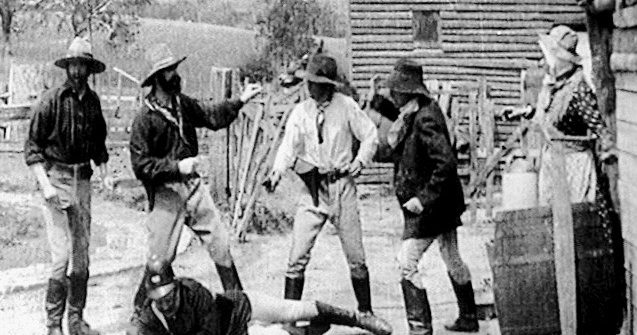 A Still from the 1906 Kelly Movie: Constable Fitzpatrick is shot in the wrist In the first two parts of this investigation of the Kelly claims about Constable Alexander Fitzpatrick, I described the novel and cruel conspiracy theory proposed by Alan Crichton to explain how it was that Fitzpatrick could have ever become so important […]

The first priority of anyone writing about history – and this includes the Kelly story – is to get the FACTS straight. And its even more important for people who purport to be some sort of expert on the topic, that they get their facts right. So when someone like Jack Peterson gets the facts […] 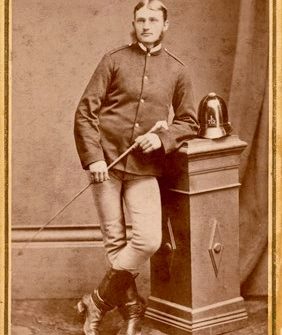 Last week I described Alan Crichton’s Fitzpatrick Conspiracy theory, and pointed out what it would mean for the traditional Kelly mythology if it was accepted. Crichton’s theory is that the Fitzpatrick incident was a plot devised by Brooke-smith and Whelan with the aim of  getting at Mrs Kelly. According to Crichton, Ellen Kelly was the […]