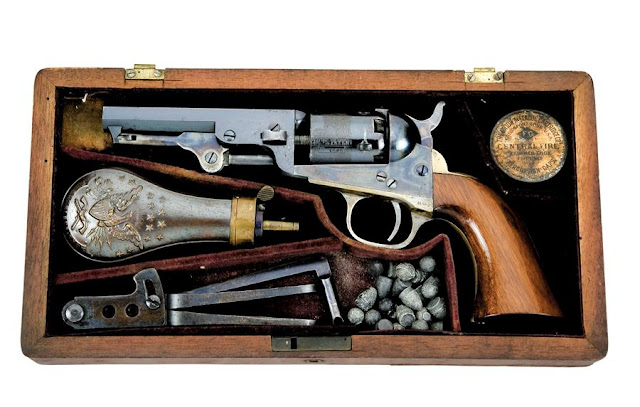 For someone who doesn’t believe Ned Kelly was present when Fitzpatrick claimed to have been shot in the wrist by him, Mick Fitzsimons wastes an enormous amount of energy trying to prove there couldn’t have been anything wrong with Neds revolver! If Ned wasn’t there, who cares about the capabilities of his revolver?
Fitzsimons believes Ned Kelly was telling the truth when he said he was 400 miles away at the time, but almost everyone else thinks Kelly was lying because 400 miles away would place him somewhere north of Sydney, out at Broken Hill, near Adelaide or maybe in Tasmania. 400 miles away from Greta is a very long way, especially on a horse! There are lots of other reasons besides that ridiculous claim to believe Kelly was lying, and its going to be fascinating reading when Fitzsimons explains, as he has repeatedly said he would, why Neds brother Jim Kelly, Ian Jones, Max Brown, and Alex Castles, among many are wrong in their belief that he Ned was home that night and that his story is lies.
Even Ned Kelly later admitted that he was there and that he fired at Fitzptrick!
In his latest and now extremely rare and universally unsuccessful  attempts to discredit Ian MacFarlanes book “The Kelly Gang Unmasked” Fitzsimons asks “Was Neds Pistol Faulty?”, which of course is exactly the same question MacFarlane asked in his book.
MacFarlane wrote “ We will never know exactly what the problems with this revolver were since it was stolen in Chicago in 1976” but says “ ..there was something seriously wrong with this revolver or its ammunition”.   He then provided a detailed examination of the various problems associated with the use of the 1849 Colt Pocket revolver. Fitzsimons confused and rambling response shows he has missed the point completely : all MacFarlane was demonstrating was that there are many POSSIBLE ways in which these old revolvers can fail, or can discharge a bullet that could create the type of wound Fitzpatrick received, and therefore Fitzpatricks account is entirely plausible.
Does Fitzsimons want to say these revolvers NEVER misfired, ALWAYS worked perfectly, that the powder was ALWAYS perfectly made and NEVER damp? Unless he is prepared to state that these revolvers worked perfectly every time, then the argument is perfectly legitimate : revolvers sometimes don’t work the way they are meant to and therefore could INDEED produce a wound like the one Fitzpatrick sustained.
He (Fitzy) wrote “MacFarlane claims Ned only used a third of the 12.5 grams of black powder..” No he doesn’t! MacFarlane, in developing his discussion about what could go wrong wrote “ PERHAPS , to conserve powder…Ned only used  a third of the required amount…” So here, Fitzy is criticizing something MacFarlane didn’t say…However I am sure MacFarlane will be sure to correct the obvious typo about grains and grams.
He (Fitzy) wrote “Ned and the Boys had plenty of target practice at Bullock Creek, so would have had the right amount of powder for the weight and type of bullet they used and would have had this down to perfection. The trees around their camp were full of holes where they had fired into and dug out the bullet to melt down and re-use.” Well, yes but this all happened AFTER the Fitzpatrick incident so, Fitzys argument here simply has no relevance.
He (Fitzy) wrote “MacFarlane claims that the Gang had difficulty using them as they could not get the correct ammunition (bullets) and had to ‘cut down’ bullets with a knife to fit! MacFarlane offers no citation for this claim to its authenticity! So we have no idea what exactly he means by ‘cut down’ bullets. This is obviously his unsubstantiated opinion!”  In fact here MacFarlane is quoting from the Ovens and Murray Advertiser of July 1880, where it reports the finding at Glenrowan after the siege of a discarded Kelly Gang revolver : “It, when found was loaded in each of the six chambers with a cartridge too large for it and and which had been cut down (evidently with a knife) to the required size.”Fitzy is here simply yet again ignorant of the facts.
Once again, another attempt fails to discredit the Kelly Gang Unmasked and the truth it exposed about the Kelly story. Fitzys utterances are  based on  failure to understand the whole point of that discussion in the book, misrepresentation of what is said, ignorance of facts and irrelevant attacks. This is typical of everything he writes. One can only wonder at  the similarly ignorant Facebook supporters of this man who give it 14  “Likes” and write “agree agree agree” and “very well put together” and of MacFarlanes book “it doesn’t remotely match the truth” . As I have shown, this article is rubbish, badly put together and “wrong wrong wrong”.
The problem is these people have very little accurate knowledge about Kelly history.  Probably none of them have read or  – if they have – still own a copy of MacFarlanes book. Thus they are easily persuaded by anything that ticks all their boxes about Kelly myths, that reinforces their anti-Police mindsets and puts the boot into someone whose research casts doubt on their fond delusions.
What people should do if they REALLY want to know about Kelly history, is read MacFarlanes book and read the several Posts on THIS website on the topic :
THIS Post links to an academics recent research on the Fitzpatrick incident and is brilliant! A MUST READ!
THIS post from November 2014 is about what I called the scandal of the cover-up of the many lies Ned Kelly told.
Read them and perhaps do what I have been blocked from doing, which is respond to this nonsense on his Facebook page with some facts and some Logic. However if you do, prepare to be attacked and rubbished by him and his followers.They cant stand the truth!
(Visited 278 times)
Comments (10)

10 Replies to “Another Misfire from the Kelly Dud”