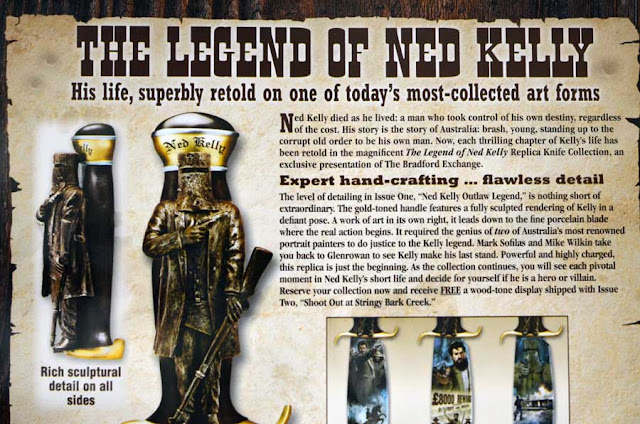 I got this earlier today from the as yet unidentified Art promotor:

Dear Dee
sorry to have to inform you and your readers that for various Logistical reasons the planned Ned Kelly Art Exhibition has had to be cancelled. There is a possibility that it will go ahead next year sometime, and if that does happen I will certainly let you and your readers know in plenty of time


This Art Exhibition got me thinking about Kelly Art, and in my explorations, came across a Ned Kelly Limerick Competition HERE

This was the Winning Entry:

There once was a man called Ned Kelly
Put your hand up if you are a rellie
Cos it seems that the truth
Will come down to a tooth
And, struth, you could end up on telly!

The Limericks were so funny they got me laughing, which made me think the Kelly World needs a good laugh right now. So I am announcing the Kelly Legend Poetry Competition
No topic is out of bounds.

The Winner will get a Double Koala Stamp and be announced later this month.

PS I’ll be back in Australia at the end of the week, just in time for the Vaults great Unveiling ( which I think is going to be of the Photo we have already shown you here, so it will be bit of an anticlimax) so might have  to start writing proper Posts again.