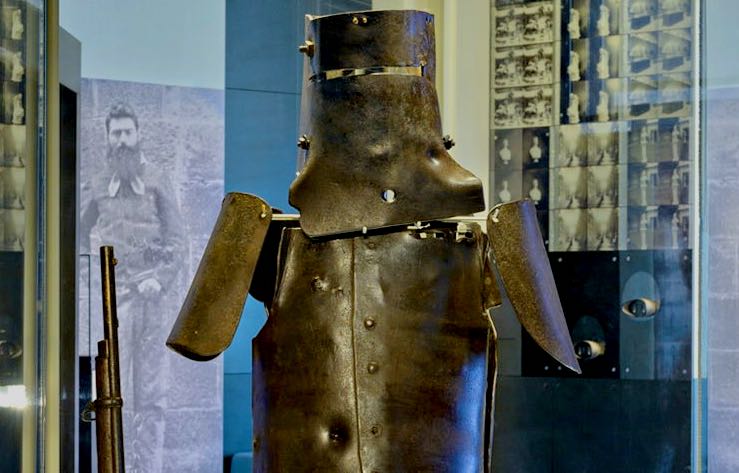 I have to say it’s so refreshing to have in ‘Nabbing Ned’ author David Dufty a new voice, some new ideas and some new challenges for Kelly enthusiasts to think and talk about. In reality, for a while now we have been going over the same ground, and it’s getting a bit boring, so its great to be looking at it from these new police perspectives.

I expected this book to be rubbished by the Kelly sympathiser mob, but I was really surprised at how intensely they hated it from even before any of them had a chance to read it. Mark Perry always used to decry criticisms of books, and recommend respect for the effort the writer has expended in getting  ideas into print….but so far he hasn’t dared challenge the lynch mob out for David Dufty. I just wonder, if they think books like David Duftys  shouldn’t be read if they have errors in them,  how they are going to be able to recommend Grantlee Kiezas book if someone finds mistakes in it too ( and of course they will, because no book on any topic had ever been perfect ) I predict they will explain them away.

I’ve been wanting to write a review of the whole book but interesting nuggets keep making their way to the surface and demanding attention. The discussion about Wallace, Joe Byrne and the  authorship of the Jerilderie letter took off last week and now an argument is developing about Duftys bombshell suggestion that when it was all turning to shit at Glenrowan it was Ned Kelly, and not Joe Byrne who uttered that well known bitter complaint about the armour:

‘Well, it’s your fault; I always said this bloody armour would bring us to grief’

These words were part of a conversation overheard during the siege at Glenrowan in June 1880 by Constable Phillip, and recorded by him in a signed Declaration, dated 16th September 1881. At the Royal Commission Hare read it into the record.

Here is a reproduction of that record (shown above), found on page 674 of the Royal Commission report. Importantly, notice the punctuation, and in particular that the quotation marks are exactly as they appear in the transcript.  To make it easier to follow I have started each quote on a new line, but in the RC they are run together but the punctuation and quotation marks are exactly as shown below. The conversation proceeds as they all do, with comments alternating back and forth between the two speakers, the first being Ned Kelly and the second, Joe Byrne:

‘Come here be d——–d. What are you doing there; come with me and load my rifle. I am cooked.’

‘Don’t be so excited; the boys will hear us, and it will dishearten them. I am afraid it’s a case with us this time.’

‘Well, it’s your fault; I always said this bloody armour would bring us to grief.’

‘Don’t you believe it; old Hare is cooked, and we will soon finish the rest.’

So how did we end up with the wrong attribution?

Sad to say, but it looks like it’s another of Ian Jones creations. I couldn’t find a reference to Joe or Ned complaining about the armour in Australian Son or in  Molonys Ned Kelly, so its first appearance may have been in ‘A Short Life’. What Jones did was alter the punctuation around two consecutive sentences that the transcripts indicate were both spoken by Joe, so that the second sentence became the words of Ned Kelly. This is how they appear in the Commission’s report : ‘Don’t be so excited; the boys will hear us, and it will dishearten them. I am afraid it’s a case with us this time.’  – thats two sentences enclosed by one set of speech marks.

What Ian Jones did was to add a second set of speech marks of his own to the transcript so that the second of the two sentences uttered by Joe Byrne could instead be attributed to Ned Kelly. In the book he then inserted some speculative commentary to separate out the second sentence and strengthen the idea it had been uttered by Ned Kelly:

Here’s how Jones presented it:

‘Don’t be so excited; the boys will hear us, and it will dishearten them’.

Joes words sobered Ned and for a moment he seemed defeated by the collapse of his plan, by his wounds...

‘I am afraid it’s a case with us this time.’

‘Well, it’s your fault; I always said this bloody armour would bring us to grief.’

Ian Jones appears to have believed he could tell from the transcript what was going through Ned Kellys mind when he inserted the comment that ‘Joes words sobered Ned and for a moment he seemed defeated by the collapse of his plan, by his wounds…’ and yet there is absolutely nothing, anywhere that indicates that this comment of Jones is anything other than guesswork.

The interesting implication of realising the armour was Joe Byrnes idea is that now we will have to rethink the whole story about where the idea came from, and re-evaluate the power structure within the Gang. This change suggests Joe Byrne may have had a much greater influence on the Outbreak than previously thought, and greater influence over Ned Kelly than previously thought if he was able to induce Kelly to incorporate into his plan for Glenrowan the use of suits of armour against  his own better judgement.

26 Replies to “Nabbing Ned : The Armour was Joe Byrnes idea not Ned Kellys!”