So lets back up a bit and look at the second sentence of this potted version of the Kelly Story, the sentence that relates to the events that took place at Stringybark Creek:
“Wrongly accused they survived a deadly shoot out with Police in 1878 that saw the Gang outlawed with the largest reward ever offered in the British Empire- dead or Alive.” 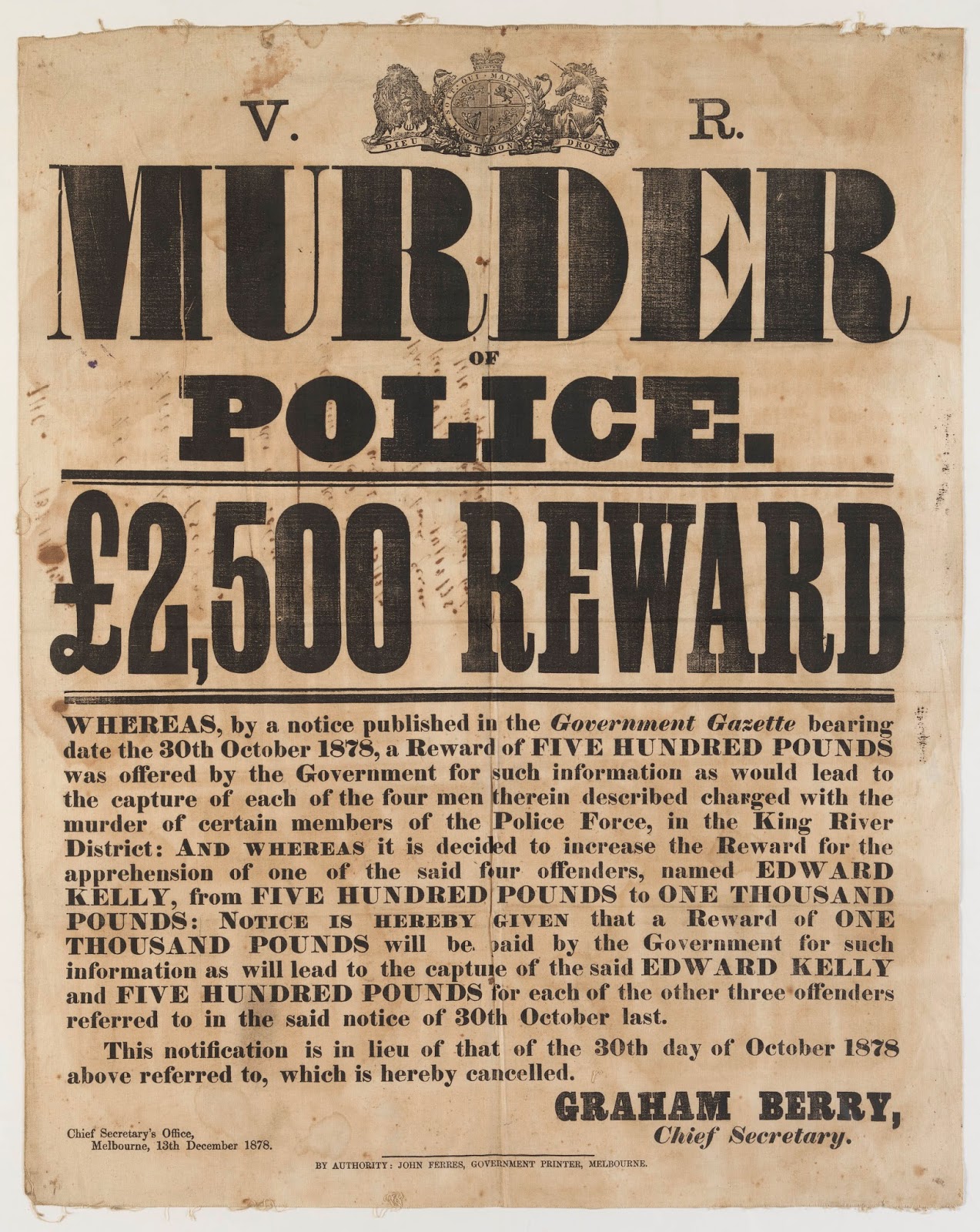 This is another cunning piece of propaganda – for one thing, what does it mean to be “wrongly” accused? If a person is found innocent of a charge – in this case of attempted police murder – then it might be fair to say the accusation was wrong, but to claim that the accusation is wrong BEFORE your day in Court? There was nothing “wrong” about being accused of murder – a policeman had been wounded and he claimed Ned kelly had shot at him – so it was perfectly legitimate for Kelly to be accused. It was for the Court to decide the truth or otherwise of the accusation – so lets not fall for this stupid  emotive trick that presupposes Kellys innocence before he had his day in Court. One wonders why he disappeared into the hills if he was  so certain that he was innocent!
There is in fact no basis for the presumption that even the accusation was wrong, but to frame it that way adds to the notion of innocence and blamelessness that the Pro-Kelly narrative likes to promote. It further muddies the picture by the implication that “the Gang” was wrongly accused – in fact Joe and Steve were not wanted – only Dan and Ned were accused.
“…they survived a deadly shoot out with Police” is the next and the most florid example of “spin” that you could ever hope to find. The euphemism “shoot out” hides the brutal truth about this episode which was in fact an ambush by the gang of four initially on two, and after killing one of them and disarming the other, a further ambush on the remaining two. To characterize their experience of this incident as “survival” creates the impression that it was a near thing, and that these “wrongly accused” mates were lucky to survive. It was nothing of the sort. 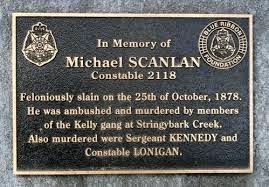 The truth is that the Gang had the advantage of timing,position and surprise in their ambush of the Police camp at the creek, and the moment any of the Police made a false move the Gang opened fire on them. Two were killed immediately and a third was CHASED through the bush, was then wounded and finally killed at point blank range once they caught up to him, with a gunshot to the chest. There was never any real doubt the Gang was going to survive this “deadly” shoot out – as they did almost all the shooting.  The truth is that it was never a “shoot out” –it was a deadly ambush. It beggars belief that Kelly apologists expect  intelligent adult human beings to swallow the notion that these killings were “self defence” – chasing and  killing a person running away cant possibly ever be defended as “self defence” – its preposterous.
The modern day pro-Kelly spin on this entire violent and appalling set of killings by the Kelly Gang is extraordinary to read but what choice do they have if they are going to claim Ned Kelly was some sort of Robin Hood? Unless they maintain this ridiculous notion that these murders were “self defence” they would have to face the truth about the gang, which is that they can only be characterized as violent killers.
But they won’t face the truth. They cover it up with propaganda and euphemisms like “shoot out”
(Visited 56 times)
No comments yet