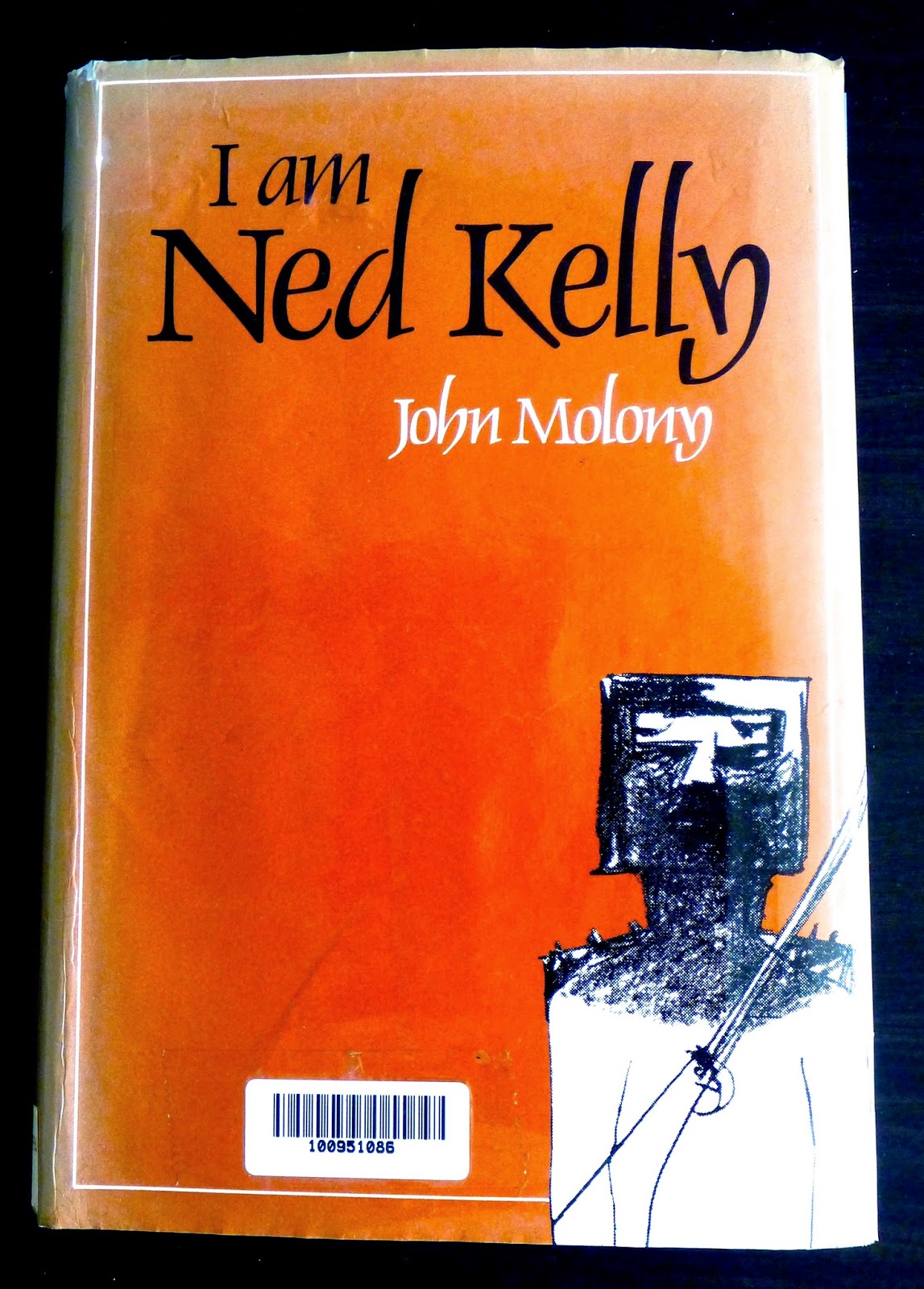 Someone on the Iron Outlaw site gave this book 4.5 out of  5 stars in a brief mention, saying they regard this work as “one of the most accurately researched accounts of the Kelly outbreak”. I think this person missed the point of the book completely – it wasn’t intended to be a source of accurate facts about the Kelly outbreak, but a view of the outbreak from inside Ned Kellys helmet. So actually, it’s a rather clever book, closer in type in some respects to Peter Careys work of declared fiction the somewhat ironically titled “The True Story of the Kelly Gang”.
The last mystery of this work to be explained is why the title was changed from “I am Ned Kelly” to just “Ned Kelly”  in 2001, because as far as I can make out, thats the only difference between these two books. My guess is this : after 21 years looking out from inside that helmet, Molony became convinced that Ned Kellys view was all that there was to see, that the work was not just one persons view of the outbreak but the truth about it. The helmet became a trap from which he couldn’t escape, and so by the time of his You Tube lecture in 2011 he had forgotten he still had it on.
So, if you want to know what Ned wanted you to believe, read this book. But if you want to know if what Ned wanted you to believe is actually the truth about the Kelly Oubreak then you need to look elsewhere! This Blog is a good start! “I am Ned Kelly” is an interesting read and an unusual almost poetic book, but its too close to fiction for my liking.
3 stars.
(Visited 46 times)
Comments (32)

32 Replies to “Dee is not Ian, but John Molony is Ned Kelly:”