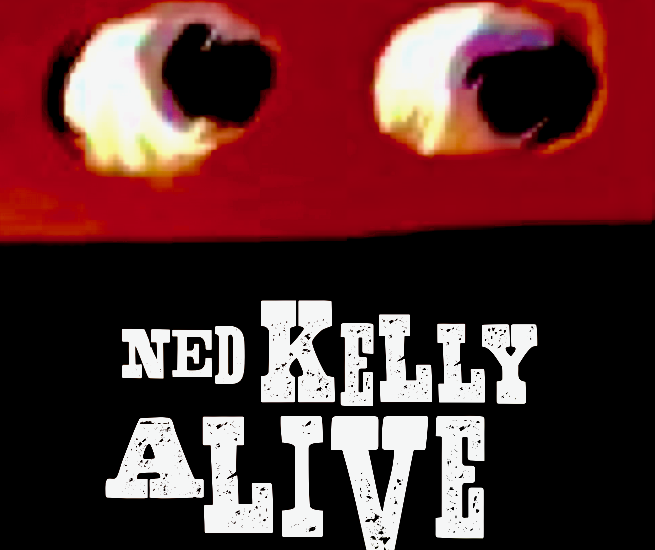 The upcoming Ned Kelly Alive projects for North East Victoria are a crossroads for the Kelly story. The important decision the content creators for these projects have to make at an early stage is whether or not they are going to use their modern technology and creativity to tell the same old story in the same old way – you know ‘Ned Kelly – hero or villain – you decide’ – or are they going to be bold and demonstrate leadership and take the story into the 21st century?

The important challenge the NK Alive team has to confront is that in Victoria’s North-east, so called Kelly country, the Kelly narrative supported and promoted almost everywhere is outdated and unhistorical. Modern scholarship of the Kelly story over the last decade or so has overturned many of the claims that were made for it fifty years ago, and the only way the story can now be told with integrity is for those changes to be acknowledged and incorporated into any new Kelly narrative. It would be dishonest to promote a false and outdated version of history. It would also be embarrassing for the region as well as a waste of taxpayer money to be promoting and supporting as Australian history stories known to be untrue.

The second challenge facing the NK Alive developers is that there seems to be a fear among community leaders and Council members that unless Ned Kelly is portrayed as some sort of downtrodden working class hero who was pushed into violent rebellion against authoritarian persecution, nobody will be interested in him and the Tourist Industry that is supported by that mythology will collapse and everyone will be out of work.

But nothing could be further from the truth: all round the world people are endlessly fascinated by crime and criminal minds and personalities as evidenced by the popularity of innumerable TV crime series, podcasts, movies and novels. Whether it be grisly murder, hostage taking, shootouts, cattle rustling, violence and mayhem, the rivalry between the Law and the Outlaw… the Kelly story has it all. There’s a criminal dynasty, a famous matriarch, murders and violent assaults, sex scandals, death in childbirth, hostage taking, domestic violence, ambush, arson, great Court scenes, rivalries and jealousies inside the institutions, bravery and cowardice, the town against the bush, rich versus poor, arson,  even quite horrific animal cruelty, and the very worst and the very best of human behaviour. All that and more is all there in the story. There is such a richness of material to work with, only an incompetent would be unable to create hugely entertaining, fascinating and informative tourist experiences out of it.

So where should the NK Alive developers start, in trying to understand and develop out of all the conflicting claims, a modern Kelly narrative thats historically accurate? For someone who may not be all that familiar with the detail but is about to spend hundreds of thousands of taxpayer dollars on telling the story of the Outbreak, I would say a good place to start is with Ian Jones, because he is the man who more than anyone is responsible for creating the Kelly story that’s been dominant for the last fifty years.

Historically, for most of the century that followed Ned Kellys death in 1880 he was regarded almost universally as a violent but  colourful and innovative criminal, but a criminal never-the-less. However, in his acclaimed biography ‘A Short Life’ Jones set out his ‘new view’ of the outbreak, an idea he first espoused publically in 1967, and which then became the version of the Kelly story that’s been dominant for most of the last fifty years. Here the Kelly family are portrayed as one of many poor persecuted selector families in a north-east Victoria that’s racked by social unrest, battling for survival against powerful squatters in concert with corrupt police and judiciary. In Jones view, social unrest eventually gets to the point that a local small-scale rebellion emerges out of selector oppression, its led by Ned Kelly who proposes to found an independent republic in the north-east but his attempt to do so with the help of a small selector ‘Army’, ends in disaster, at Glenrowan. Here some sort of war was supposed to break out but instead Kelly was captured at ‘the last stand’, the other members of the Kelly gang were killed, the ‘Army’ melted away and a few months later Ned Kelly aged 25, was hanged.

It’s a great story told that way, and many were convinced by Jones telling of that same narrative in the 1980 TV Miniseries ‘The Last Outlaw’., a series still mentioned in Kelly supporter circles as the best film version ever produced.

However, the transformation of Kelly from a criminal to a rebel-with-a-cause depends entirely on Jones being right about the Republic, and he knew it. He wrote:

“The Glenrowan campaign is inexplicable without the central carefully obscured fact of the republic”.

At another place, Jones described the Glenrowan Campaign as ‘madness’ unless it was part of a fight to establish some sort of new political order. He went so far as to say that if Glenrowan wasn’t ‘an act of war’, then it would be ‘simply mass murder’. In 1992, in his other major work ‘The Fatal Friendship’ he wrote of Glenrowan that it “demanded some such rationale or it would be seen simply as a criminal atrocity of monstrous scale”

By 2021, more than fifty years after Jones ‘new view’ was formulated and installed as the orthodox Kelly story, newer scholarship and careful research has shown there is no historical basis for Jones ‘New View’ of Kelly and Jones idea of a Kelly republic has been completely discredited. There was no such thing. This means of course that without it, the original understanding of Kelly as a criminal is restored, and therefore, to use Jones own words, what Kelly planned for Glenrowan has to be regarded as ‘simple mass murder‘ and a ‘criminal atrocity of monstrous scale’ . Until Jones pushed those ideas to one side, they were the descriptions that had always been used to describe what was planned for Glenrowan – the story has simply returned to its roots.

There are many other components of Jones “New View” that have been successfully challenged and overturned in recent years, such as a realisation that Kelly lied about the killing of Lonigan at Stringybark Creek, a critical analysis of his likely personality disorder and an alignment of the historical sources that strips away the accumulated unhistorical claims made about the central role of Fitzpatrick and other police in the story.

So, to bring themselves up-to-date on the evolution of the Kelly story in recent years the NK Alive team needs to do a lot more than just read Jones book and consult with Kelly spokespeople in Victoria, most of whom will be committed to the now outdated ‘New View’ from 1967. They need to become familiar with the works of Ian MacFarlane from 2012, and those of Dawson, Kieza and Morrissey in the last five years or so. These writers revelations and insights have raised the ire of Kelly supporters but there hasn’t been one serious word of refutation of any of it from anyone. Already though, some Kelly supporters have started to move away from the central Kelly theme of a Republic but nobody has found anything to replace it with, other than the plan Kelly himself wrote of, a somewhat confused plan which was purely criminal and aimed at robbing banks freeing his mother from prison.

The reality of the Kelly story is that it is a unique and fascinating crime story, peopled with all kinds of colourful and sinister as well as admirable characters, set in a rich and beautiful part of the country. But at the proposed Tower in Glenrowan, the story there can no longer be of a failed revolution but of an attempted ultra-violent ‘criminal atrocity of monstrous scale‘, mass murder on a scale that would have placed Kellys image in the same category of monster as the Christchurch Mosque killer. This ghastly truth about what was in Ned Kellys heart should no longer be concealed.

What the NK Alive team are going to have to do, if they plan to tell an accurate historically verifiable account of the outbreak is persuade the north-east that telling the true story  wont destroy their tourist industry even if some of the myths have to be let go in the process. It won’t be an easy task, but its an enormous and exciting opportunity to radically rewrite and restore accuracy and honesty to the history of the north east, to do an about face and reorientate the story from one based on fantasy to one based on historical fact.

To be honest I think they won’t be brave enough to try. My fear is that they will take the path of least resistance along with their hefty contract payments and make only token references to alternative points of view, and do their best not to upset the apple cart. Lets see what happens.

4 Replies to “Memo to the developers of the Ned Kelly Alive project: Glenrowan is a crime scene – and nothing else!”