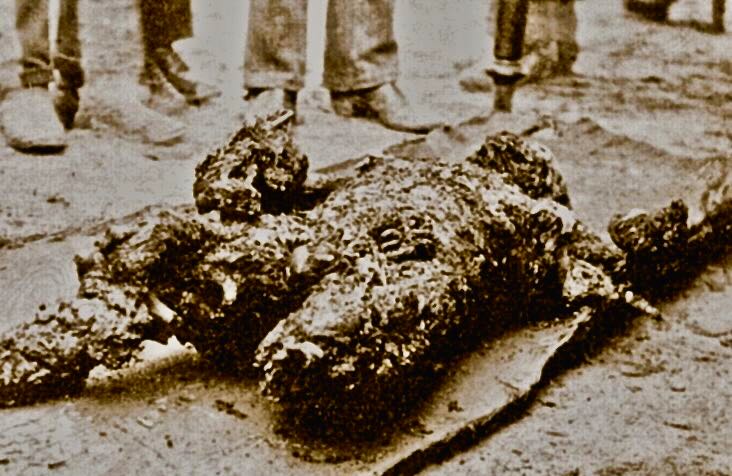 Until quite recently, on the anniversary of the Siege, Kelly sympathisers gathered annually at Glenrowan to toast their hero Ned Kelly. They all believed his last stand on June 28th 1880 was an attempt to establish the republic of North East Victoria, a heroic final defiant act of a brave but imperfect idealist fighting on behalf of his family and the poor and the oppressed against a corrupt government. The fact that he failed was immaterial – he had demonstrated a willingness to die for his cause, and was clearly someone with a vision and noble ideals worth remembering and celebrating. The siege was celebrated like ANZAC day is – celebrated in spite of it being a failure because it embodied the courageous and defiant Aussie spirit in the face of overwhelming odds.

This view of the significance of the Siege has recently been questioned, and particularly beginning in 2012, when Ian MacFarlane published his landmark re-evaluation of the Kelly story (The Kelly Gang Unmasked), there has been a radical re-alignment in understanding of what the Outbreak was all about.

To begin with, recall that no mention of a Republic of NE Victoria was ever made by Kelly himself or by any of his supporters or detractors either at the time or for at least the next fifty years. At the end of that time JJ Kenneallys “Complete Inner History of the Kelly Gang” was published. This milestone ‘pro-Kelly’ publication contained no references to a Republic, but ran to nine editions and was fully endorsed by Ned Kellys brother Jim who is quoted in the book saying “Through your book the people of Australia are in full possession of the truth”. James Ryan, a cousin of Ned Kelly also wrote to Mr Kenneally and said “Your book is indeed complete”. If the massive central theme of a republic had been part of the Kelly plan, these two would have known about it and would have seen a huge hole in Kenneallys narrative – but they didn’t! Instead they said it was ‘complete’ and Australia was ‘in FULL possession of the truth’.

Despite this reality, another forty years later the idea of a republic was being very convincingly championed by the late Ian Jones who had written that if the siege at Glenrowan wasn’t about a republic then it was ‘madness’ and could only be described as ‘a criminal atrocity of monstrous proportions’.  For the next 40 years under Jones guidance the Republic became the centrepiece of Kelly history, and instead of a mad criminal atrocity the Siege was claimed to be an act of rebellion, and Ned Kelly not a criminal but a rebel with a cause.

Sadly, for Jones and his flattering makeover of Ned Kellys image, forensic examination by Dr Stuart Dawson of the origins of the republic idea published in 2018 revealed Ian Jones had been the victim of what was effectively a hoax perpetrated by Thomas Lloyd, a Kelly sympathiser descendant, who admitted to later researchers that he made the story up. Jones expanded Lloyds claim to include a sympathiser ‘army’ and various other components all of which have been debunked by Dawson. (Anyone who hasn’t read Dawson’s paper can easily do so by clicking the link at top right of this page)

Since its publication 5 years ago nobody has challenged Dawson’s refutation. Discussion about a Republic has been quietly dropped by most Kelly enthusiasts, nowhere more starkly evident than in Kelly enthusiast Aidan Phelans popular 2020 historical novel “Glenrowan”, where the word ‘republic’ isn’t found even once.  Any person claiming to be interested in the Outbreak who still thinks a Republic is part of it has either not read Dawson’s paper or else has their head buried in the sand and refuses to face facts. The Republic idea has been consigned to the dustbin of history – it was never a ‘thing’.

What remains, in coming to an understanding of what the nature of the confrontation at Glenrowan was, are the word of Ian Jones who said that if it wasn’t about a republic it could only be described as ‘madness’ and  a “criminal atrocity of monstrous proportions”. There is no other option – the photo at the top of the page illustrates it graphically .

So where does this leave the Kelly sympathisers who are planning to gather at Glenrowan this month ? What exactly is it about the Siege that they are going to commemorate? The old excuse, that it was a celebration of an heroic last stand by a rebel, an Aussie battler sticking up for the poor and oppressed is no longer an option: Kelly’s relatively brief Jones-inspired re-packaging as an Aussie hero is over and the mad wannabe perpetrator of a ‘criminal atrocity’ has been returned to the line-up of Aussie criminals and killers – who would want to commemorate a man who could attempt such a violent bloodthirsty and remorseless massacre.? There is no longer anything to celebrate.

However, sadly, there are many people who hate police enough to want to celebrate Ned Kelly because he murdered three of them at Stringybark Creek and tried to kill a score more at Glenrowan. Hatred of police  and contempt for authority and the rule of law is a theme that runs deep in the Kelly sympathiser community, and is a major drawcard for many of the people drawn to the Kelly story.  Its sickening to think that Mark Perry and his Best Bloody Man mob who are gathering in a pub at Glenrowan next weekend will be celebrating Ned Kelly the police murderer, but what other possible reason would the police hating Kelly sympathisers be doing there? They can’t pretend any more that Kelly was a social bandit.

There is one reassuring thing though : because the Kelly legend is dying, only a handful of these deluded individuals are left, and with any luck this might be the last time anyone is dumb enough to think a madman’s  bloodthirsty  plan  for a police massacre at Glenrowan is worth remembering.

8 Replies to “THERE IS NOTHING TO CELEBRATE IN GLENROWAN ON THE ANNIVERSARY OF THE DEBACLE OF JUNE 28 1880 :”