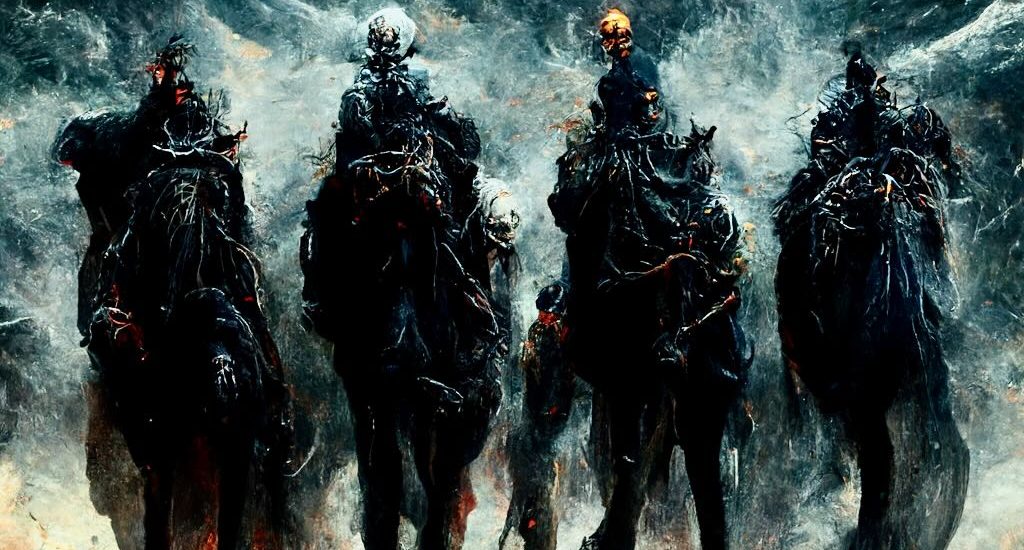 This post illustrates with an actual example, how it happens that things that are untrue end up in the Kelly story. The example I am using to show how it happens is the claim that there was a sympathiser army at Glenrowan. According to Ian Jones, once the Kelly Gang had completed its murderous task of slaughtering a trainload of police, the sympathiser army would materialise out of the bush and support the Gang in the rest of its campaign to establish a Republic of NE Victoria.

My interest in the sympathiser army claim followed my reading of a post by Aidan Phelan on his Glenrowan Facebook page, a long quote about the Siege taken from John Sadleir’s memoir. I’ve explained elsewhere how Sadleir’s memoir has been found to contain some very serious mistakes and some of these mistakes have resulted in some significant historical errors being included in the Kelly narratives, the most important one I know of  being Sadleirs misremembering of what McIntyre told him about the killings at Stringybark Creek. Because of that I decided to check this claim of Sadleirs out as well.  Phelans extract was reposted to the Best Bloody Man page, but in both places, it was more or less ignored. The bit that caught my eye was this:

“While passing round on the west side of the hotel, far outside the police lines, Johnston came up against four armed men, not police. They were men, as we afterwards learned, who were waiting to join the Kellys in further raids had their plans not miscarried. Fortunately for Johnston he had laid aside his rifle, or these men would not have allowed him to pass with the few simple questions they put to him.”

Aidan Phelan also mentioned this event in his historical novel ‘Glenrowan’, writing this :  “As he (Johnston) moved along the path on the Benalla side of the Inn he saw a quartet of men dressed in the larrikin style carrying rifles. He slowed his pace.

“What’s going on?” asked one of the armed sympathisers.

“They’ve got Kelly trapped in the house’ Johnston replied. The sympathisers all looked at each other in bewilderment.

“You’re not a trap, are you?” another man asked. Johnston felt his heart racing.

“Oh no, not I” Johnston bluffed. “I’m just passing through and thought I’d look at the commotion”

The sympathisers were satisfied and allowed Johnston to pass. Once he was clear he increased his speed while thanking his lucky stars that things had not escalated.”

In fact, almost everyone who has written about the siege also mentions the sympathiser army.

Ian Jones, in the 1967 presentation of his ‘New View’ said that Steele quoted Johnston as having seen a ‘a group of armed men’ and in “A Short Life” Jones quoted from that same passage in Sadleirs memoir, and then wrote “The phantom army was beginning to emerge”. McQuilton mentioned that Johnston had run into armed men, and Fitzsimmons wrote about them too:

“He (Johnston) is suddenly confronted by four men on horseback, heavily armed with rifles revolvers and stares that could peel paint. Who they are and what they are about he knows not – the Four horsemen of the Apocalypse? – but it is clear they are not on his side of the equation. “Did you see two horses, a grey and a brown pass here recently?” Johnston asks quickly, displaying as evidence that his intent is innocent, the hay he is carrying to feed them.”

Jones gives Sadleirs 1913 memoir as his reference for Johnston’s encounter with those four men, but Fitzsimons cites evidence given at Kellys committal hearing at Beechworth 33 years earlier. It’s not clear who is being quoted, but it was published in the Argus on Tuesday 10th August 1880:

“With regard to the burning of Jones’s hotel at Glenrowan, the following facts have transpired. Senior-constable Johnston, having been authorised by Superintendent Sadleir to fire the house, went and obtained a bundle of straw and a bottle of kerosene. He then pretended to the people about the railway station that he was going to feed the horses in the railway paddock. He accordingly went down in that direction, entered the bush, and made a detour round to the other side or end of the hotel in his peregrination; and when passing round the other side of the rise beyond the hotel, he came across four men fully armed with guns and revolvers. He recognised none of them. Certainly, they were not policemen, and the conclusion is that they were sympathisers waiting to assist the gang. Johnson saw at once that they were not friends, so he put the evasive question to them,” Did you see two horses, a grey and a brown, pass here recently?” They replied in a surly manner that they had not, and he passed on down upon the hotel, and fired it in the way already fully described. This incident confirms the suspicion or belief that was entertained that on the night at Glenrowan sympathisers were ready to fight with the gang.”

The detail in these descriptions of Johnstons encounter vary from one version to the next, so one has to ask why? Is it because different writers were quoting from different parts of the records of the encounter, or did they just make things up to add colour and texture to the bare facts?

The obvious way to answer this question would be to look for an original document or report from Johnston himself – and wouldn’t you know it, such a Document actually exists – but nobody has used it as a source! Its written in longhand and signed by Johnston himself, dated the same day as the Argus court report mentioned above, August 10th 1880 and describes itself as “Report of Snr Constable Johnston relative to a paragraph which appears in today’s Argus”

It would appear that Johnston had been speaking to an Argus reporter, but after the article was published on August 10th, Johnston was asked to make a report about what happened.

This is the Report:

“I beg to report for the information of Supt Sadleir by way of Sub Inspector Baber that I did see four men at the back of a log and brush fence on the day Jones Hotel was burned down. One of them had a rifle or gun I cannot say which. They were about half a mile from Jones Hotel.”

Sadleir read this brief report and then sent it back to Johnston after writing a note on the back of it:

“Were these men on horseback or had they horses with them?   Had Snr

Constable Johnston any conversation with the Argus reporter on the subject of said conflict?

Johnston’s response was “No the men had no horses with them. I was speaking to the Argus reporter about the matter last night” 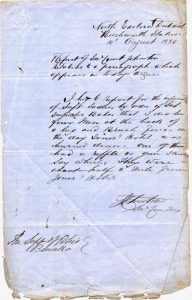 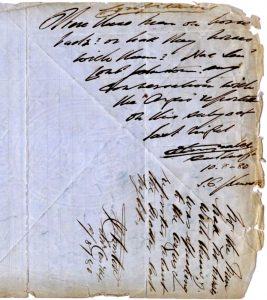 I hardly need to point out to readers the astonishing thing about this document, that not only is it very brief, it very clearly exposes the link that the Argus reporter tries to make between these men  and a sympathiser army as inaccurate at best and outright misrepresentation at worst. That’s because what Johnston reported was NOT four men on horseback, NOT four heavily armed men, NOT men with rifles and revolvers, and NOT sympathisers. All he actually reported, was SEEING four men who were NOT on horseback, and ONE – yes, just ONE of them – had ‘a rifle or gun I cannot say which’, – and if he had a conversation with them he didn’t mention it.

What this example illustrates is how important it is to get to the source, or as close to it as you can, when trying to discover the true history of something. In this case, it’s clear from Johnstons report that the Argus was wrong to write that these men were ‘fully armed with guns and revolvers’. They were not. Neither should it have reported that Johnstone did anything more than SEE these men from a distance – which is why he couldn’t be sure if it was a shotgun or rifle that one of them was carrying, and is also why he doesn’t report actually speaking to them. Neither should they have been described as ‘sympathisers’. That was just a guess.

So, who were they? Well, the answer is we have no idea – they might have been out shooting kangaroos for all we know, or sympathisers, or locals heading for Glenrowan to see what the hell was going on down there – there is almost no limit to the possible explanations of who these four men were and what they were doing there, but the bottom line is : we don’t know.  All we know about them is what Johnston reported and everything else is speculation, including the conversations.

The result of the Argus inaccurately reporting  what Johnston was supposed to have said, was that Sadleir got it wrong, Jones, McQuilton, Fitzsimons, Phelan and everyone else who read Sadleirs version got it wrong and then they wove that false information into their own accounts and disseminated it throughout the Kelly world and beyond.  Thus, from Johnstons report of having seen, but not spoken to four men on foot with one gun between them, an untrue story about a conversation with four armed sympathisers on horseback is born, becomes incorporated into the Kelly saga to support another untrue story and now is widely believed to be true. But it’s a myth.

Some might say – correctly – that as this report wasn’t the only evidence produced in support of the claim that there was a sympathiser Army, it could still have been a thing. The problem for the sympathiser army claim is that Johnstons mischaracterised report was the main piece of evidence in support of it, and the remaining supports were much less robust. One of them was a report of people hearing horses galloping back and forth in the dark near the inn – but those horses were police horses released from the train at the Glenrowan station. Another report was of a single horse being ridden at pace out of the town towards Wangaratta – it was Const Bracken rushing off to get reinforcements! And lastly, the need for a Sympathiser Army grew out of a separate claim that also turned out to be a myth, the myth of the Republic of NE Victoria. With that one gone, the idea of an Army makes no sense.