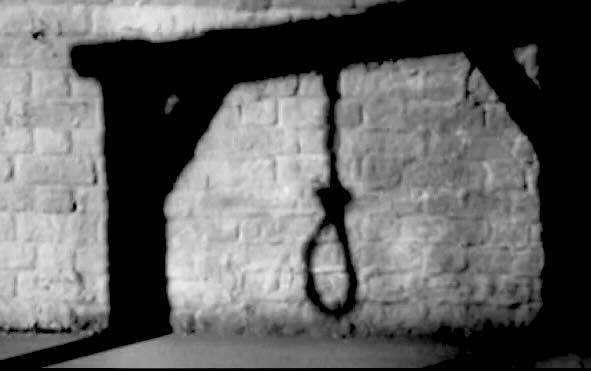 Ned Kellys plan for Glenrowan was described as ‘mad’ by a well-known Kelly sympathiser and spokeswoman for the Kelly story. As far as I know, no other Kelly sympathiser has ever challenged that description, and certainly no truly objective observer would disagree: even Ian Jones said it would have been a ‘criminal atrocity on a monstrous scale’. Let’s be honest about this: no sane person in their right mind would ever imagine for a moment that four men in home-made armour could defeat an entire police force. Claims have been made that the Kelly Gang were going to be supported by a small group of armed supporters, the so-called Sympathiser Army, but as far as I know, Ned Kelly didn’t ever mention such an army, and there is no evidence that such an army ever existed. What the actual evidence supports is that Kelly believed he and his brother and two friends were going to take hostages at Glenrowan and defeat the entire Victoria police more or less on their own.

My question is this:  the plan Ned Kelly devised was clearly ‘mad’ – does that not mean he too was mad?

Quite apart from the very convincing evidence of Kellys madness demonstrated by his outrageous plan for Glenrowan, there is a lot of other evidence that supports the idea that by 1880  Kelly was ‘mad’ by which I mean out of touch with reality, not rational, unable to think straight, in some way psychiatrically deeply disturbed and unstable.  This evidence takes the form of a series of letters he authored in prison, after sentencing and while awaiting the outcome of the appeals that were being made to try to spare him from the Gallows.

Look at the one he wrote on November 5th 1880. Kelly begins with this:

“So then I bailed up the platelayers and overseer and ordered them to pull up the line a quarter of a mile past the station, so as the train could not go any further. My intention was to have the stationmaster to flash the danger light on the platform so as the stop the train, and he was to tell the police to leave their firearms and horses in the train and walk out with their hands over their heads, and their lives would be spared. Also to inform them that it was useless them fighting as me and my companions were in full armour and we could take the train and everyone in it; that the line was pulled up in front of them and I had a tin of powder behind them. So that if they attempted to return I would have blown the line up there as well”

The sequence of events is well known from many sources, but Kellys version is wrong : the very first thing he did was to attempt to lift the tracks in secret, but then, because he couldn’t he disturbed the men in the tents thinking they could help him – nothing to do with there being detectives among them but he was wrong again – they couldn’t lift the tracks either.  Next, he went to Ann Jones Inn, took her and her family prisoner and then he woke up Stanistreet, not to ask him to stop the train but to provide him with people and equipment to pull up the tracks. So, was Kelly just confused and out of his mind, or more likely, trying to rewrite history and put his own actions in a less unfavourable light by deliberately lying?

Kellys loose grip on reality becomes more obvious a bit further on with this bizarre and readily identified fabrication about Curnow, who tricked Kelly into letting him go, and who then in great fear for his life ran down the line and warned the approaching train about the damaged rail ahead:

“Then I let a man go to stop the train about a mile below the railway station and opposite the police barracks and to tell them that they were in the barracks…… The reason I differed from the first plan is I wanted the man that stopped the train to have the reward, as I heard it was to be done away with in three days.”

An even more unhinged claim is this one:

“When the train stopped at the station I was opposite on horseback. I jumped off in a hurry to take possession of the train when a bolt broke in my armour which necessitated need to repair it. This gave the police time to get in front of the hotel and fire into the people

Kelly is claiming that it was HIS idea to send Curnow down the track so he could claim a reward, and that if a bolt hadn’t broken on his armour he would have taken “possession of the train” – is there anyone who doesn’t agree with me that this is completely delusional bullshit?

In the other Condemned Cell letters there are many more examples of Kelly trying to rewrite history and making claims that don’t match reality. One place they can be read is here.

There’s always been a narrative that these last unhinged rants of Ned Kellys were the result of the extreme emotional and physical stress he was under at the time. He was still recovering from the many injuries he sustained at Glenrowan, and of course waiting alone on Death Row to be hanged would likely unhinge even the sanest murderer. There is also the somewhat contradictory narrative, also advanced by Kelly supporters, that he was actually remarkably composed, that he had bravely accepted his fate and faced death calmly, thus demonstrating his heroic greatness. I suppose even mad people can face death calmly.

At the end though, whatever one believes about who he was and what state of mind he was in for those last days of his young troubled and violent life, his execution by hanging was a barbaric and inhumane way to end it. Thankfully, in most civilised countries mad people are not executed any more.

8 Replies to “The Condemned Cell Letters confirm that Ned Kelly lost his mind in 1880.”