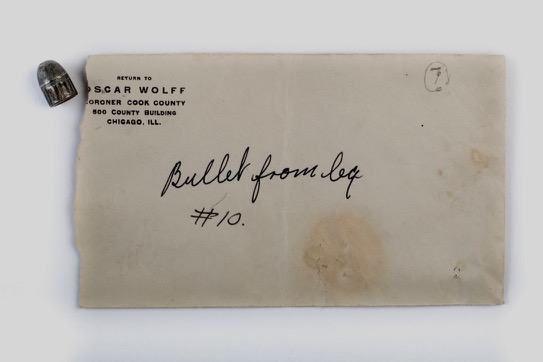 This Blog Post is Number 290 in the series that began five years ago, in May 2014, and I’ve been thinking about where to go from here. I’ve covered all the big issues, some of them more than once and from different perspectives, and though there’s an endless list of interesting debates still to be had about the Kelly story, now is as good a time as any to review the current state of play in the Kelly world, and think about what the future might hold for it.

The most obvious truth about the Kelly world at the moment is that it’s in serious decline.There’s no Beechworth Ned Kelly weekend anymore, no Ned Kelly Forum, no Ned Kelly Central on facebook, no new pro-Kelly books, no successful funding for pro-Kelly movies, no replacement for the leadership of Ian Jones, no sign of interest in any of the big projects suggested in the expensive report that was delivered to North east City councils last year aimed at reviving interest in Kelly tourism, and Joanne Griffiths got verbal support but none of the money she wanted from the local Council for her Kelly Center in Glenrowan. She managed to persuade someone to pay an enormous amount for a single historical photo, but at the present rate of contribution, her latest Go Fund Me campaign will take over 60 years to reach its goal of $150,000.

However its not all doom and gloom : the Greta Heritage weekend seminar titled  ‘The Armour : the myths, the facts’ earlier this year was by all accounts a great success and over $5000 was raised. And Aidan Phelans Bushranger Facebook page and Blog seem to be thriving. How come?

These observations suggest to me that even in the North east, people have finally had enough of the myths and conspiracy theories about Ned Kelly being some sort of hero, and what people want is authentic history and the facts. They aren’t going to support the old outmoded and disproven theories about the Outbreak but are still fascinated by it and want to learn the truth. They’ve probably seen enough of the bullying and vilification, the ignorance and the police hate that emanates from Kelly sympathiser circles and want to move on. Everyone who isn’t a blind fanatic and who has bothered to read any of the new scholarship about the Kelly story, or read my Blog knows Ned Kelly wasn’t a hero or role model for Australia or an icon but a singular criminal, that the Kelly outbreak was a fascinating chapter in the colonial history of Victoria, and for people interested in history and crime and bushranging there’s a rich lode of absorbing stories and characters and places to explore. And that is what they want to hear about and what they are willing to support. So they packed out the Greta Heritage talk about the armour, and stayed away from the Chiltern seminar that featured noted Kelly conspiracy theorists repeating myths about Fitzpatrick and a republic. And Heritage Victoria rewrote the storyboards at Stringybark creek in favour of the murdered police.

So this is my proposal for anyone who is interested in Kelly history going forward : forget the Kelly myths and concentrate on the historical realities, the things we know are true about the  Outbreak and talk about them instead. Talk about the entire bushranging phenomenon and include Ned Kelly as one of its chapters. Accept that the man was a criminal just like Morgan and Gardner and Hall and many others were, each with their own unique stories and journeys. And drop all the ridiculous myths, the vilification of police and the unwarranted claims about Kelly being a justice warrior, a hard done by hard working honest selector and a victim – these ideas are myths. The facts of the Outbreak are intensely fascinating just as they are, and bringing them all together without an obvious overlay of hero-worship would enable balance and objectivity to replace the extremist factions which seem to be battling to the death over Kelly history at present.

As an example of what you could achieve, do what I did and visit the Mob Museum in Las Vegas next time you’re over that way. This museum is all about American crime gangs and is totally absorbing : watch the video and imagine something similar dedicated to Australian Bushranging!

So this is my proposal : Instead of a partisan Kelly Centre why not have a Bushrangers Centre on neutral ground in Benalla modelled on the Mob Museum? Then all interested parties could have a say, and even the myths could have a place in the story. There could be displays and video and artefacts covering everything from Harry Power to Stringybark Creek, Capital punishment, the Chinese , the Law and the railroad and innumerable things in between. So Matt Shore, Joanne, Mark, Dave, Aidan, Steve, Bill, Ian, Doug – all you people with an interest in the story who never talk to each other – which one of you could try to make this happen?

48 Replies to “The Next Chapter will take courage”