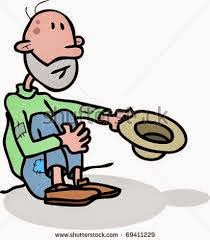 Perhaps the most attractive image  of Ned Kelly is of him helping the poor, an image which gave rise to the idea that he was Australias Robin Hood. If anyone knows anything at all about Robin Hood, the first thing they will tell you is that he robbed from the rich and gave to the poor. All the other stuff, Sherwood Forest, the Sherriff of Nottingham, King John, Friar Tuck, Maid Marian – that’s all perpipheral to the big theme  of the Robin Hood legend which is that he stole from the rich to give to the poor.
Now I have already pointed out that the only Ned Kelly that could be likened to Robin Hood is an airbrushed and photo-shopped version of Ned Kelly that is so far from the reality of the mans actual life as to make the comparison  absurd and ridiculous.  It would be like saying after writing the Jerliderie letter Ned Kelly should be regarded as Australia’s Shakespeare , or that he is Australia’s Nelson Mandela or another Peter Lalor.  Or because he built a house he is Australia’s Frank Lloyd-Wright. These glib comparisons are easy to make – and indeed are made by glib people  who are ignorant of historical facts and careless about truth ( though I must admit I have never heard anyone refer to Ned Kelly as Australia’s Frank Lloyd_Wright  – I just made that one up to show how easy it can be!)
( See my earlier post : Was Ned Kelly Australias Robin Hood?  August 9th)
But what do we know about Ned Kellys acts of charity towards the poor? We know he made orders about the rich giving to the poor  and to  widows and orphans fund in the Jerilderie letter and threated violence to anyone not obeying them, but what did he do himself? We know he was certainly a robber, but was it so that he could then give to the poor, “a la Robin Hood?”
About the best I can find is this quote from Peter Fitzsimons, writing about the aftermath of the Euroa Bank Robbery:
“…it is shortly noticed that many of those known to be closest to the Kelly Gang, including most particularly Ned  and Dans sisters are already in the money. That young lady over there in the Benalla Saddle store? That is the 13 year old Grace Kelly and you will note she is paying for a top class side saddle and bridle in bright shiny pieces – while not far way and not long afterwards her elder sisters Maggie and Kate are equally liberal in opening their purses to buy supplies, clothing hats and even children’s toys. From being so poor that the families couldn’t  even afford to walk into a shop let alone saunter in casually with cash to burn, Kate suddenly becomes notable  for going into a Benalla store “and taking a bundle of 10 pound notes from her blouse to pay the storekeeper from it”, while Joe Byrnes mother is herself suddenly so  flash with cash she is able to slap down 65pounds to settle a long standing account with the a shopkeeper”
In fact this describes the well known Bushranger tactic of using money to maintain a well oiled network of community support among the  poor, beginning obviously with those closest to the Bushranger. This was a tactic Ned Kelly learned aged 14 when he was directly tutored in the craft of bushranging by the wiley old thief to whom he was “apprenticed” for a short while, Harry Power. Kellys knowledge of the lives of other Bushrangers no doubt reinforced the value of that tactic and he employed it to good effect. What shopkeeper having a huge 65 pound debt repaid is going to complain about where the cash came from? Or making a sale of an expensive saddle and maybe more later? A person has to make a living!
So really, it would be reasonable to say that what Ned Kelly did was rob from the rich so he could make use of the poor, by buying their silence and their support. He was not helping the poor but himself by spreading the stolen money about among his closest friends and allies, buying protection.
Or have I missed something that Peter Fitzsimons also missed or decided not to write about.?
Is there somewhere else evidence that he distributed money to poor people who were  neither supporters nor detractors, just the deserving orphans and widows or did he just  talk about it and bully and order other people to do that while he went  about robbing Banks to help himself? It would be reasonable to say he robbed to help his family but anything more than that is fantasy
I wish Kelly people who believed he helped the poor would supply the evidence for this claim, or else drop it..
(Visited 252 times)
Comments (10)

10 Replies to “Helping the Poor”