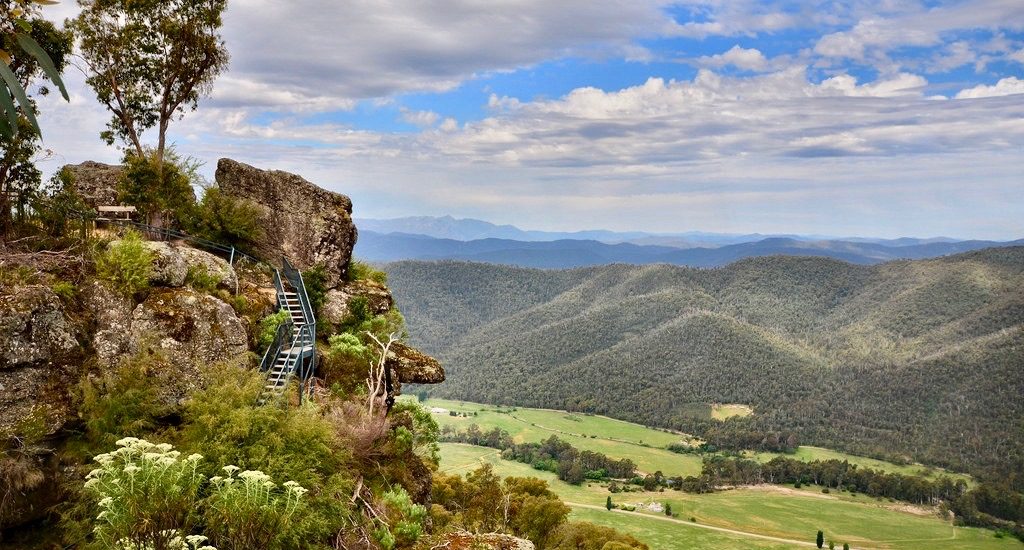 Some of the pro-Kelly Facebook pages have posted a link to an online article about Harry Power. I am not sure why this article appeared – the claim it’s the anniversary of his death is not correct because according to Corfield he died on 11thOctober 1891. But whatever the reason for the article, Harry Powers story and his interactions with the Kelly story are worth a closer look, because there are many interesting parallels between them.

Harry Power – formerly Henry Johnson (or Johnstone?) – was a criminal. He arrived in Hobart in 1841 as a convict – some sources say he stole some shoes, others say a saddle – but after serving his time in Tasmania he moved to the mainland after gaining his certificate of freedom in September 1848. Apparently, he first went looking for gold but was unsuccessful so he became a horse-dealer at Geelong. In 1855 he was stopped by two troopers at Daisy Hill, near Maryborough on suspicion of horse-stealing. This is what happened next, according to Power himself:

“I was going along quietly, when down came the two troopers, hooting and shouting. I saw they were drunk, and pulled on one side, but they stopped me.

“‘I believe you stole that horse’,” says the first.

“You’ll have to come along with us’,” says the other.

So, he claimed he was innocent yet refused to accompany the police to the station, and he escaped after shooting at them both and wounding one of the police who drew a sword! But why was Power carrying a loaded gun ??

A week later he was arrested whilst attempting to cross the Murray River, was found guilty of ‘wounding with intent to do bodily harm’ and sentenced on 25 September 1855 to thirteen years on the roads. I am not sure what happened about the horse he was supposed to have stolen.

Confined to the hulk ‘Success’, Power was implicated with others in a mutiny that resulted in the death by drowning of one man and the murder of a policeman with a hammer on 22 October 1856, but Power was found not guilty. After two and a half years in the hulks, he was transferred to Pentridge stockade.  Justin Corfield’s dictionary says that in 1862 Power was given a Ticket of Leave and an early release on parole, but the Australian Dictionary of Biography says he escaped in 1862, and lived at Middle Creek in the Ovens District, where he was assisted by the Kelly, Quinn and Lloyd families. Two years later, in 1864 Power was re-arrested, Corfield says for a violation of the terms of his parole, but Corfield got that wrong – Power was arrested for horse-stealing, as described in the court report in the O&M of February 23rd1864. During the trial the Governor of the Beechworth gaol J B Castieau told the Court that Johnson was ‘illegally at large’ in 1862, and that he was a ‘ticket of leave man from Van Diemans land’ – which is where I think Corfield got confused. If Powers freedom in 1862 was release on parole, he wouldn’t have been described as being ‘illegally at large” in 1864. Power was convicted of horse stealing and sentenced to seven years hard labour at Pentridge.

Everyone seems to agree that five years later, on 16 February 1869, aged 49, Power did indeed – yet again – escape from Pentridge, and not long after returning to the North East, commenced his career as a bushranger. This time he took on Ned Kelly, aged 14 as his so-called ‘apprentice’. Ian Jones thinks Power and Kelly probably met at Ned Kellys Grandfathers place, Glenmore Station, the Quinn property in the King Valley, where, in the crags above, Power had established his hide out. Jones also thinks – and I agree with him – that if Neds father Red Kelly had been alive he would have discouraged the relationship, but, says Jones of Ned Kellys mother “Ellen probably encouraged her son”.  Jones explains her encouragement by reference to the myth of Kelly persecution that Jones subscribes to:  “When the world seems to offer little justice, when the law is of England, ancient enemy of the Irish, and when it can be seen to stand between you and a chance to tip the scales your way then criminality takes on a very different perspective….Harry Power  was quickly becoming a hero to many ordinary folk of the north east for no better reason than he made fools of the police and rarely bothered the poor”. A much more likely but mundane reason for her encouragement was that it was about the money.

I recall in Ian Jones 1980 TV miniseries The Last Outlaw, how he attempted to show Ellen Kelly wrestling with the idea of allowing her 14-year-old son to become a criminal associate, and eventually relenting. Nobody in the pro-Kelly world ever discusses the obvious defect in parenting, when a mother encourages her own son into a criminal career at the tender age of 14 but Ned Kelly wasn’t heading off to join a revolutionary army or planning to make a stand against corruption or persecution of the poor but to assist an ordinary highway robber line his pockets and the pockets of his supporters with whatever they could steal from every likely target they came across.

Harry Power was a prolific highway robber whose activities naturally attracted entirely appropriate police attention not only to himself but also to the Kelly family. Ned Kelly was soon arrested and charged with a number of counts of highway robbery under arms, but Power remained on the run for a while longer. It seems that police made some sort of deal with the young Ned Kelly, who gave them information about Power in exchange for the charges against him eventually all being dropped. In the end it was Jack Lloyd and mad Jimmy Quinn who betrayed Harry Power for the £500 reward on offer, a quite naked act of treachery and betrayal of an associate for police cash.

The other thing everyone who saw that miniseries might remember is the way in which Power was represented as a jovial, sometime charming Irish larrikin who wouldn’t harm a fly. His every appearance was accompanied by jaunty upbeat playful music to set the tone. This image is promoted throughout the Kelly literature as well, where much is made in the Kelly stories of the fact that Power achieved his goal of robbing travellers by making use of his booming voice and his charming and persuasive demeanour rather than by actually shooting people. A similar claim is made in regard to Ned Kellys robberies of the banks at Euroa and Jerilderie, the suggestion being that somehow not shooting people at robberies displays something admirable about the robber, be it Ned Kelly or Harry Power. This is a silly argument – robbers then and now know that escalation of a robbery into a murder elevates the crime into something altogether different, massively expands the likely police response to the crime, greatly increases the likelihood they will be caught and enormously multiplies the likely sentence. Any half intelligent thief who threatens people with a gun, as Power and Kelly both did with great menace, would do his utmost to avoid ever having to use it. Harry Power  had probably learned this lesson in 1855 when he shot at those two Policeman but luckily didn’t kill them. If he had, his capture would have resulted in a death sentence. Instead his long years of experience taught him how to control frightened people not just with menace and a gun, but with wit and humour and fake charm. This lesson was clearly not properly learned or understood by Ned Kelly, who much later, at Stringybark Creek attempted to rob the police of their horses and arms by use of a confrontation not unlike highway robbery. The result was an unintended but easily foreseen debacle – the killing of three police. Fortunately Kelly seems to have learned something from this mess because the next two robberies – at Euroa and Jerilderie – went according to plan and nobody was killed.

However, the people who should be praised for not letting Kelly and Powers robberies turn into murders are their victims, who wisely chose to hand over the contents of Bank vaults, money, watches and jewellery rather than risk being killed calling the bluff of an armed criminal. In Kellys case, his victims at Euroa and Jerilderie knew exactly what Kelly was capable of, that his threats were not idle, that he had already murdered police in cold blood. It’s not remarkable or a great surprise that there was never any need to actually shoot anyone. Victims are not necessarily fools.

Its also about time Kelly and Power sympathisers stopped repeating the nonsense that Power was always terribly polite to women and treated them with respect – a claim also made about Ned Kelly. There is NOTHING respectful about confronting travellers going about their lawful business, threatening them with a gun and robbing them, no matter what clever language might be used in the process. An armed holdup is an act of extremely threatening and frightening emotional if not always physical violence which for most people is a terrifying and psychologically traumatic and damaging event they struggle to recover from, and some never do. ‘Polite language’ doesn’t alter that realty about armed holdup, and in any case it’s not genuine or sincere but is merely a device aimed at trying to maintain control of the situation, its a contemptible kind of cruel mockery of women, a pretence at politeness and deference aimed at facilitating the robbery and nothing else. If the thief had any real respect for women, or anyone else for that matter, he wouldn’t be terrifying them with threats of violence and robbing them. Can we please just stop repeating this crap about Power and Kelly having respect for women?

There’s one other thing the stories about these two criminals have in common – the false claim that because they cared so much about the poor, they didn’t rob them. The reality is that there is usually no point in robbing poor people because by definition they owned almost nothing worth taking, and so rich people were the obvious target.  However both Kelly and Power took from poor people when they had something worth taking, an example of which is provided by Corfield who refers to a notice in the  Victorian Police Gazette of September 14th1869, where a chinese poultry seller reported being robbed of £2 10s by a man fitting the description of Harry Power. Powers victim was Ah Fook, a local resident who was later beaten up by Ned Kelly.

After his betrayal by the Quinns and Lloyds, Harry Power went back to Pentridge for 15 years. Some sources claim he gained an early release in 1877 on account of ill health, but in fact he served the entire sentence of 15 years and was finally released in February 1885, aged 66. He didn’t return to bushranging and seems to have redeemed himself somewhat, working for a while as a guide on his former prison, now tourist attraction, the hulk, ‘Success’. He eventually lost his life by drowning in the Murray river at Swan Hill in 1891. According to the Coroner, ‘ there is nothing to show how he came into the river’.

The apprentice Ned Kelly attempted to imitate Power, but he failed. Kelly was motivated by an intense hatred of police and the authorities, and became ruthlessly violent and uncompromising but Harry Power was never like that. He was just trying to survive as best he could, albeit on the fringes. Kelly also lacked Powers sense of humour, his wit, his humanity and imagination, these characteristics resulting in Powers colourful legacy being far more positive in spite of his obvious faults.