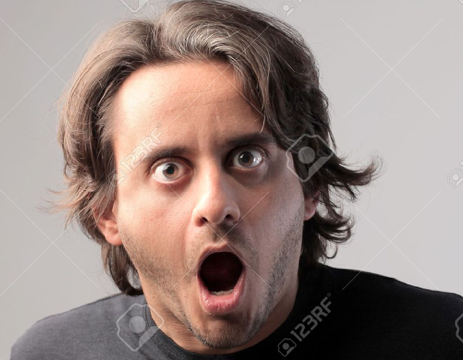 Everyone accepts that Ned Kelly committed crimes, and for most people that means he was a criminal, and nothing else. However, his supporters claim his crimes were motivated by a sense of justice, that he was driven to commit them by a campaign of police harassment and persecution of his family, and even if his stand against that oppression might have been somewhat misguided, it was courageous, it was just, it was dramatic and in their eyes, it made him a hero.

The awkward reality for those Kelly supporters, one that they have been in denial of since 1881 is that when the Royal Commission into the Kelly Outbreak went looking for the oppression, the harassment and the persecution that was claimed to be the cause of Ned Kellys criminal career, and the justification for his elevation to the status of hero, they couldn’t find it. They found evidence of all sorts of other police blundering, misdemeanours, mistakes and missteps, but nothing that suggested to them that Kellys behaviour was a response to police persecution. Effectively, this finding removed the basis for Kelly supporters claim that his cause was just or heroic, and established him as a criminal, an unusual, imaginative innovative and memorable criminal admittedly, but in the end, a multiple murderer, nothing more than a criminal, and certainly not someone to be admired or awarded heroic status. All that is left of the argument for Kelly clan persecution is Ned Kellys claim that it happened – and even though its commonplace for criminals to complain they’ve been picked on, to their credit, the Commissioners took it seriously, investigated it but found no evidence to support it.

Kelly supporters have largely ignored this devastating finding of the Commission, their only attempts to explain it consisting of speculation and conspiracy theories about cover-ups and the like. But apart from rhetoric, as with all conspiracy theories, no facts are produced to sustain them.

As far as I am aware Professor John McQuilton is the only Kelly supporter who, instead of simply accepting and repeating Ned Kellys word for it has actually attempted to make the case for police persecution. In the last few blog posts I’ve been deconstructing his argument, which was mostly based on one of many possible interpretations of the numbers of arrests and convictions rather than on the specifics of individual cases.  The statistical argument collapses when you look at details of the actual cases, where they are available, and the rest of his argument fails because it relies on comments made long after the outbreak was already underway. McQuiltons case doesn’t stack up, and not one Kelly supporter has challenged my argument.

Lastly in this attempt to find the case for police persecution being a cause of the outbreak, its really surprising to discover what Ned Kelly himself said when asked to give an example of it. In the widely quoted interview in which he makes the claim that he was driven to crime by police harassment Ned Kelly continued:

He was then asked the following question:

Reporter:Can you give any instance of which you complain?

Kelly: “I can. McIntyre in his evidence said I told him Lonigan had given me a hiding in Benalla. It is not true that I ever said this to McIntyre. But I will tell you what the real facts are, which probably McIntyre may be acquainted with. Some time ago I had been drinking, and I think I was drugged, and I was arrested for some trifling offence—riding over a footpath, I believe—and lodged in the lock-up. On the following day, when I was taken out of the lock-up, and still dazed, I escaped, and was pursued by the police. I took refuge in a shoemaker’s shop, and four constables soon came in after me. They, assisted by the owner of the shop, tried to put the handcuffs on me, but failed. In the struggle that ensued my trousers were almost torn off me. Finding me a more difficult man to manage than they expected, Lonigan seized me in such a manner—a cruel, cowardly and disgusting manner—that he inflicted terrible pain on me; but still I would not surrender. The act of Lonigan, which cannot be described, might have ruined me for life, if it did not actually kill me.”

This response of Ned Kellys to an invitation to go on the record in regard to police harassment and persecution is an absolute joke! Here was an opportunity to provide the evidence and to expose the corrupt police practices, the abuse and tyrannical conduct, the provocations and ill-treatment that Kelly said his family had been subject to, and the best example he can come up with was a trivial incident that was all about himself, and absolutely nothing to do with tyrannical conduct or persecution.

To remind the reader, notice that this incident began with an arrest for a minor misdemeanour – a ‘trifling offence’ as Kelly himself called it. He later claimed his drink was spiked – yeah, right –  but, tellingly, he wasn’t willing to repeat it and have that claim tested in court. Instead at the first opportunity he stupidly made a run for it when being walked across a road from a Cell to the Court house. To make matters much worse for himself, once cornered in the shop, and with no realistic means of escaping, instead of giving in, he violently and aggressively resisted arrest, boasting that no matter what they did he wasn’t going to surrender – ‘still I would not surrender’– and then he had the hide to complain about the methods police were forced to resort to using to control him! Seriously? This incident shows Ned Kelly to have been a complete tosser!

If this response illustrates anything it illustrates how sadly deranged and immature Ned Kellys perception of reality was – he was not just completely in denial about his own enormous contribution to that fight, a fight that he started and actively prolonged – but his boastful answer reveals that he thinks his behaviour was in some way admirable and justified.

Imagine how different our opinion of Ned Kelly might be if in August 1880, reflecting on that incident from 1877, he had offered some mature reflection on his foolish behaviour, perhaps even apologising for being such a dick. Sadly, three years down the track there was no new insight or mature reflection: instead he remained as proud as ever of having escalated something trivial into a violent brawl and kicked a few police around. As Ian Jones noted, Ned Kelly emerged with his ‘flashness’ intact, and his local ‘prestige’ greater than ever – and that was all that was important to him. It’s truly beyond rational comprehension that Ned Kelly could cite, or any reasonable person accept this disgraceful incident as the sort of thing that drove him to the murder of three police, to commit two bank robberies and to plan mass murders at Glenrowan – and yet that is what he did : when asked to give an example of police harassment and persecution, what he called ‘tyrannical conduct’, this is the incident that he offered as proof!

Its no wonder then, given that the Benalla incident was the best Ned Kelly could do, that the Royal Commission concluded that ‘no evidence has been adduced to support the allegation that either the outlaws or their friends were subjected to persecution or unnecessary annoyance at the hands of the police’. Neither is it any wonder that John McQuiltons attempt to find police persecution failed, or that nobody else has tried to make a case for it as a cause of the outbreak because Kellys claim to have been driven by persecution into a life of crime is false. There was no persecution. There was no ‘police made’ criminal. And without persecution there is no basis for anyone to believe anything other than that Ned Kelly was just another criminal, made memorable by his narcissism, his rhetoric, his murders, and of course his armour.

(Visited 152 times)
No comments yet